The tear gas used by the police in Ferguson, Missouri and the Israeli military in the West Bank is only one of several factors that connects the violence against unarmed youth in both communities. 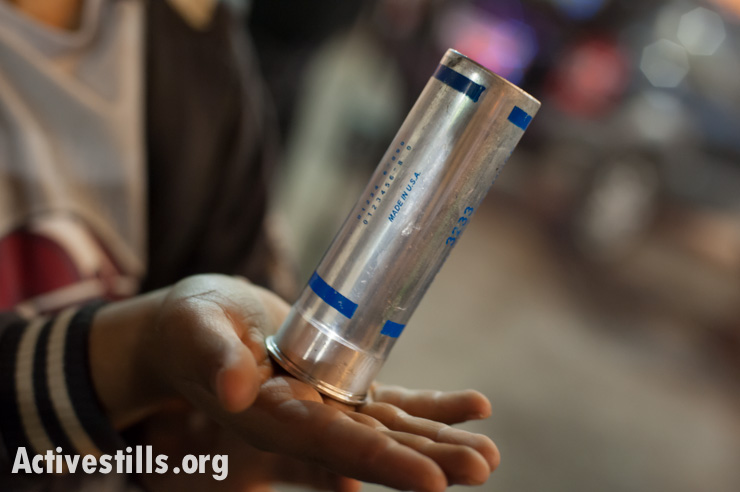 The New York Times’ Robert Mackey recently tweeted a photo of the tear gas cartridges found on the streets of Ferguson, Missouri, where police have been using the weapon against demonstrators angry at the shooting death of an unarmed black teenager. Both the cartridge and the tactics looked very familiar, and for good reason.

A different tweet noted that the same brand of tear gas was used in Egypt’s Tahrir Square. As reported here last December, those shining shell casings, as well as the rubber-ball variety and spent stun grenades made by the same company, had decorated a tree in Bethlehem’s Manger Square at Christmastime as activists gathered those used by the Israeli military less than two kilometers away in Aida Refugee Camp and displayed them for holiday tourists. 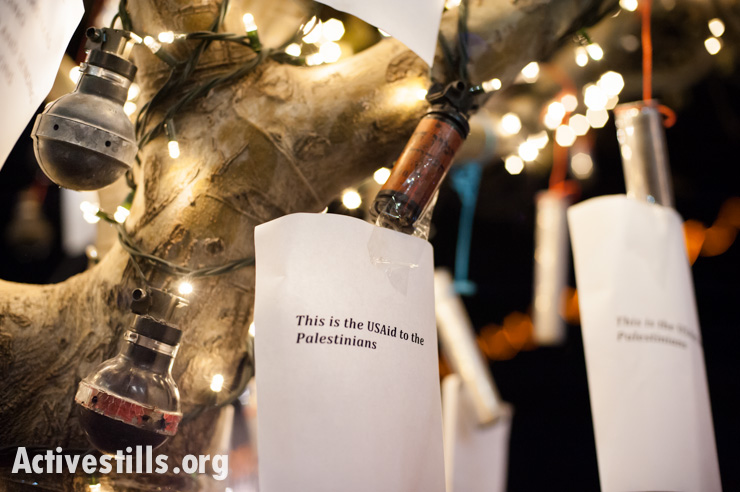 A sign hung by activists on a tree in Bethlehem’s Manger Square among used tear gas and stun grenades reads, “This is the USAid to the Palestinians.” (photo: Ryan Rodrick Beiler/Activestills.org)

As I wrote at the time: 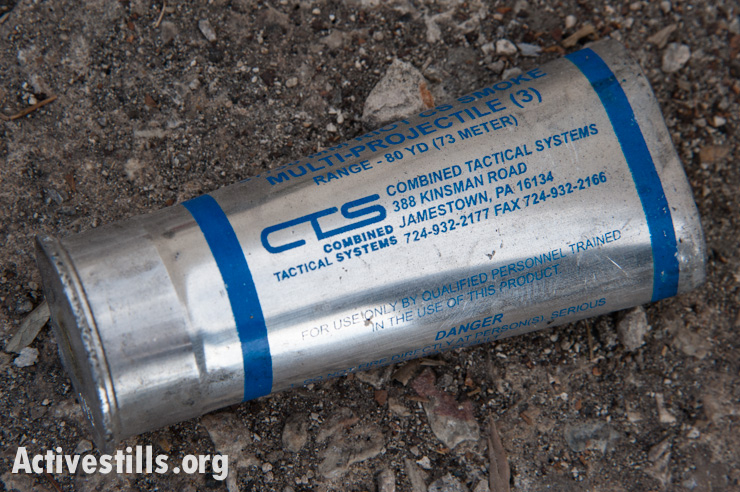 But aside from the gas choking Ferguson’s residents, there’s another connection: Like many U.S. police officials, St. Louis County Police Chief Timothy Fitch received “counter-terrorism” training in Israel. It’s a neat exchange: The U.S. provides the weapons, Israel provides advice on how to use them. As The Washington Post reported in 2005:

They are briefing not only big-city cops but county sheriffs and police chiefs from such diverse locations as Gaithersburg and Knoxville, Tenn. In addition, since the Sept. 11, 2001, terrorist attacks, agents from the FBI and the Bureau of Alcohol, Tobacco, Firearms and Explosives along with police officials, sheriffs and bomb technicians have been traveling to Israel for week-long lessons on terrorism.

I’m sure they meant “lessons on anti-terrorism.”

The profound security lessons from these trips have manifested in U.S. cities like Washington, DC, where “[then-Police Chief Charles] Ramsey ordered his officers to keep their red and blue roof lights flashing all the time to be more visible — something he picked up when he [and other officials] went on a ride-along with the Jerusalem police two years ago.” 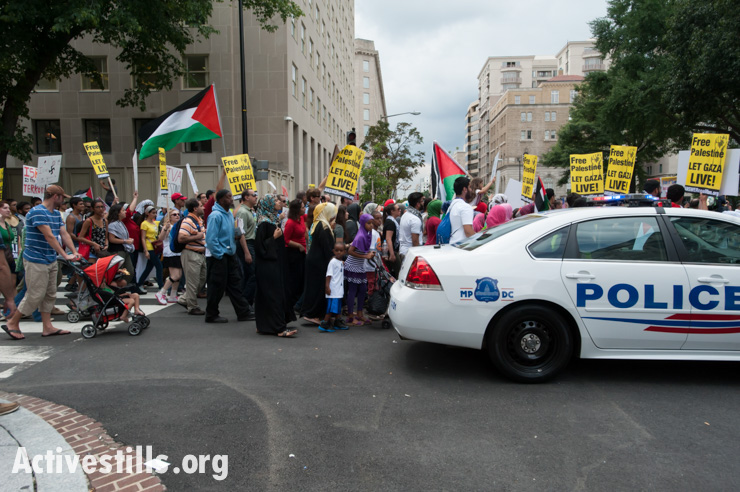 One of the few positive connections resulting from the police violence in Ferguson has been the creation of new solidarity linkages, as those on the receiving end of U.S.-Israeli “security” cooperation offered their own exchange of tactics. As Palestinian-American comedian Amer Zahr writes:

As black Americans filled the streets of Ferguson to decry what they saw as the unjustified killing of one of their young men, they were met by an over-militarized police presence looking to crush them.  Sound familiar?

Their protests were welcomed with tear gas and rubber bullets.  Sound familiar?

Well, it sounds familiar to us, so familiar that many Palestinians took to Twitter to advise their American counterparts in Ferguson on how to deal with such attacks.  We saw tweets like, “Remember to not touch your face when tear-gassed or put water on it.” And, “Always make sure to run against the wind /to keep calm when you’re teargassed, the pain will pass, don’t rub your eyes!” And my personal favorite, “Don’t keep much distance from the police, if you’re close to them they can’t tear gas.”  Yes, we Palestinians are very creative when it comes to anti-anti-protesting. We are professional protestors. 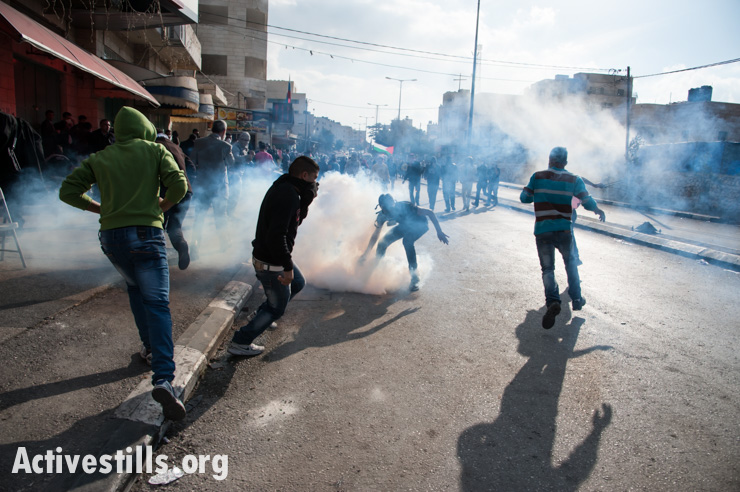 Related:
PHOTOS: This tear gas brought to you by the U.S.A.
The West Bank may be on the verge of exploding