Israeli soldiers and Border Policemen arrested two Palestinians, including one photojournalist, at a protest in the West Bank city of Hebron on Friday. 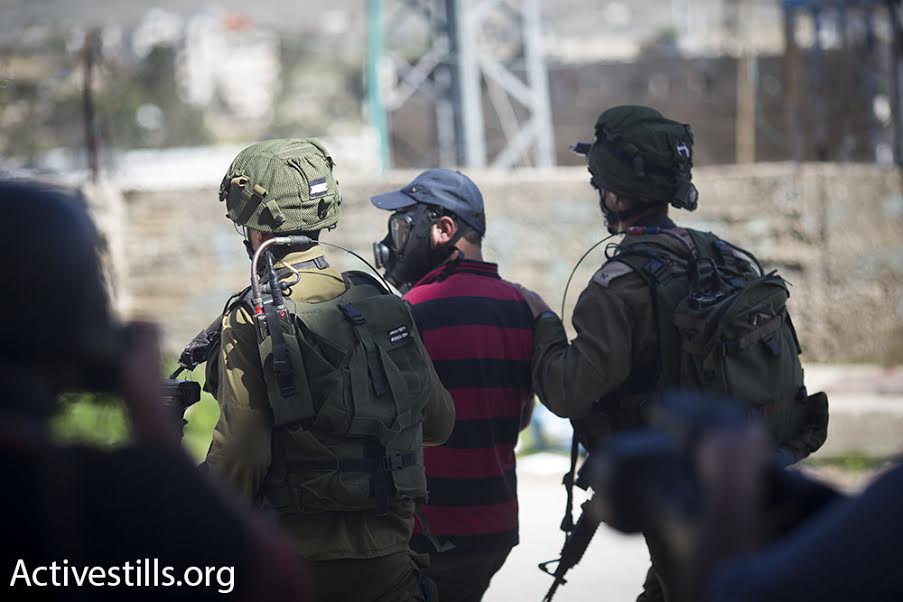 Israeli soldiers arrest a Palestinian photographer during a demonstration in the West Bank city of Hebron, February 26, 2016. (photo: Oren Ziv/Activestills.org)

Nearly 100 Palestinian demonstrators marched calling to open a main thoroughfare that has been off limits to Palestinians for over a decade. The nonviolent demonstration, organized by activists from the Popular Struggle Coordination Committee and the Youth Against Settlements organization, was violently suppressed by Israeli soldiers and Border Policemen with tear gas and stun grenades, as it reached the adjacent settlement of Kiryat Arba. 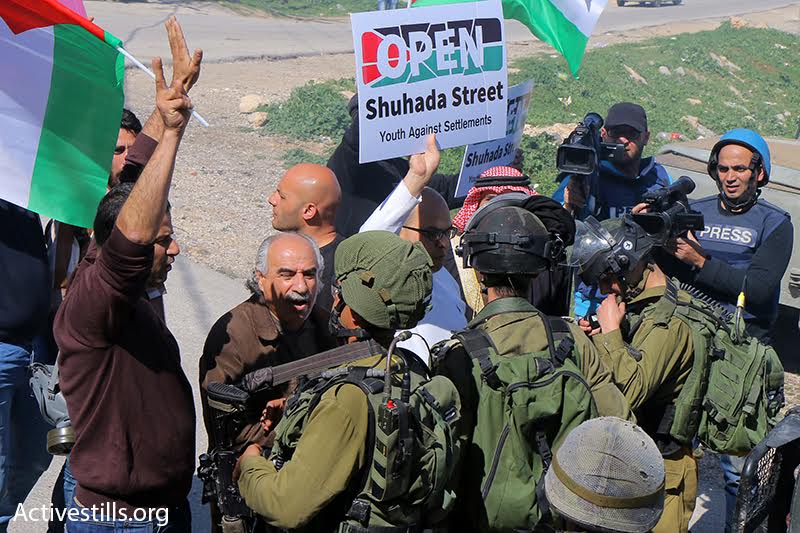 The soldiers declared the area a “closed military zone,” arrested one of the organizers, and continued to attack the rest of the protesters. After pushing back most of the demonstrators, the soldiers and policemen arrested a Palestinian photographer and fired stun grenades and tear gas at the other photographers on the scene. 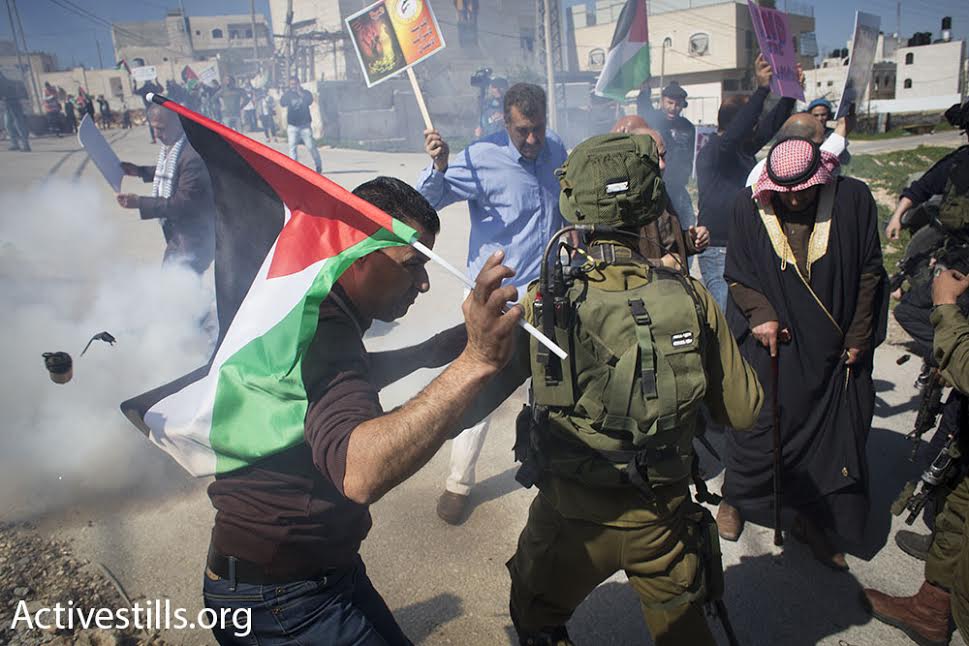 The protest marked 22 years since Jewish extremist Baruch Goldstein massacred dozens of Muslim worshippers at Hebron’s Ibrahimi Mosque, and came at the end of a week of activities in which activists called on Israelis to open Shuhada Street, which has been closed to Palestinian traffic since the massacre. 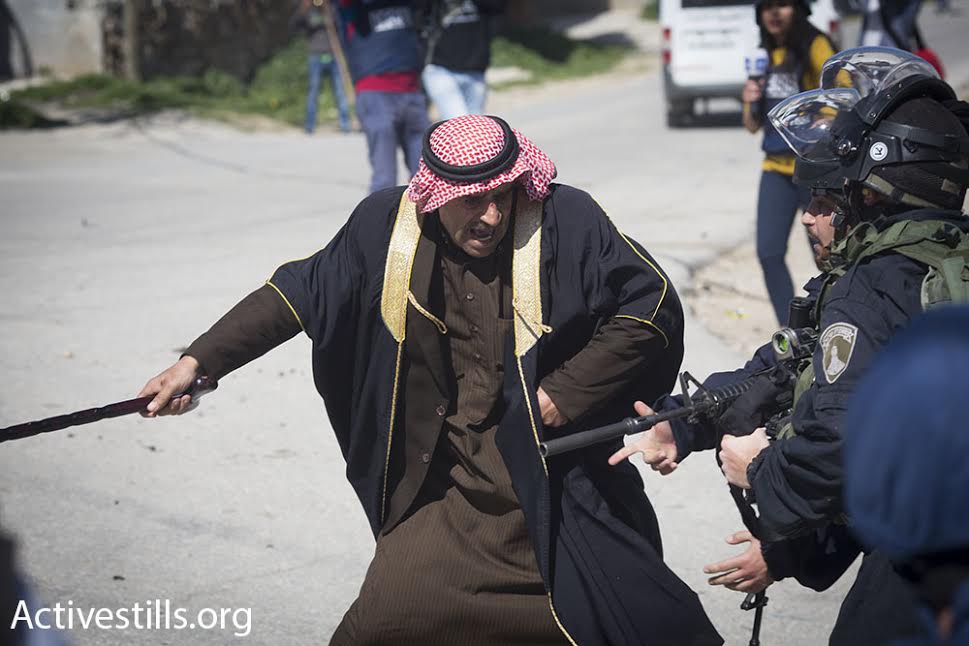 “We are calling to re-open all the streets that were closed off to Palestinian traffic in Hebron, as well as all the stores and the market that have been shut down, such as Shuhada Street,” Youth Against Settlements activist Issa Amro told +972. “The only solution is the end of the Israeli occupation in Hebron and in the entire West Bank.” 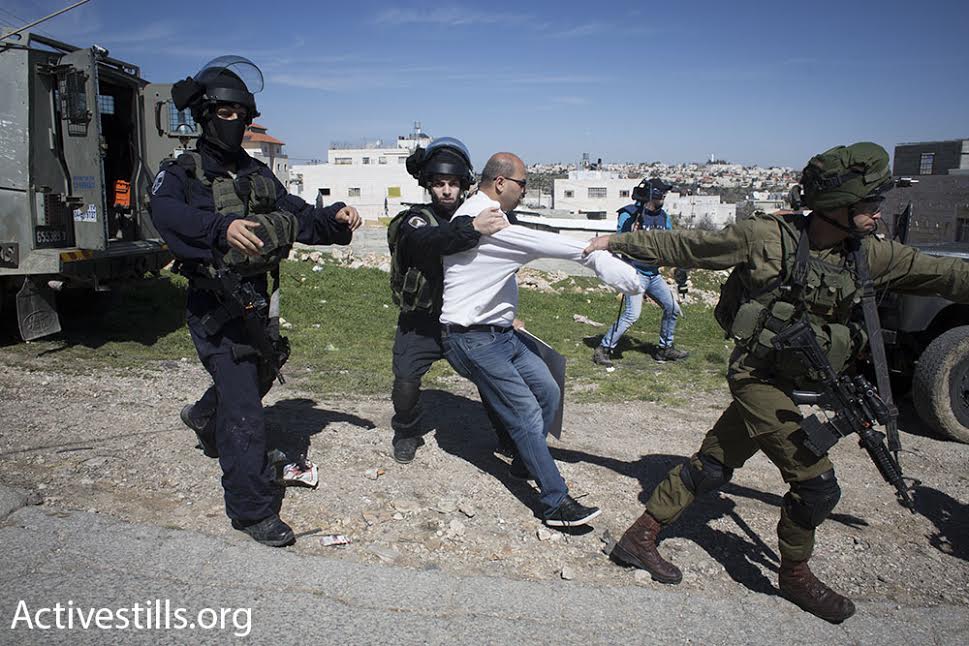 Friday’s protest comes one week after 12 left-wing Israeli activists were arrested in Hebron during a protest also marking 22 years since the Ibrahimi Mosque Massacre and calling to open Shuhada Street.