When the bulldozers turned up in Umm el-Hiran last week, they were accompanied by hundreds of armed Israeli police, who locked down the village as residents were forced to watch their homes being destroyed. 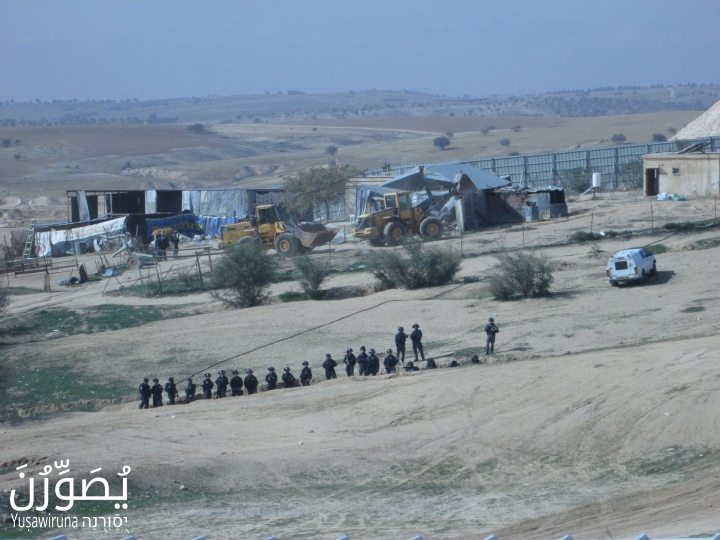 “It was the first time that the police had acted so violently towards us. We knew the night before that there would be home demolitions, but we didn’t know that such a large number of security forces would arrive so early in the morning. I left the house and saw the whole village filled with armed police officers.”

A resident of Umm el-Hiran, who prefers to remain anonymous, recounts what she saw when hundreds of Israeli police officers accompanied the bulldozers that showed up early Wednesday morning to carry out demolitions. The Bedouin village is slated to be replaced with a Jewish town, Hiran. 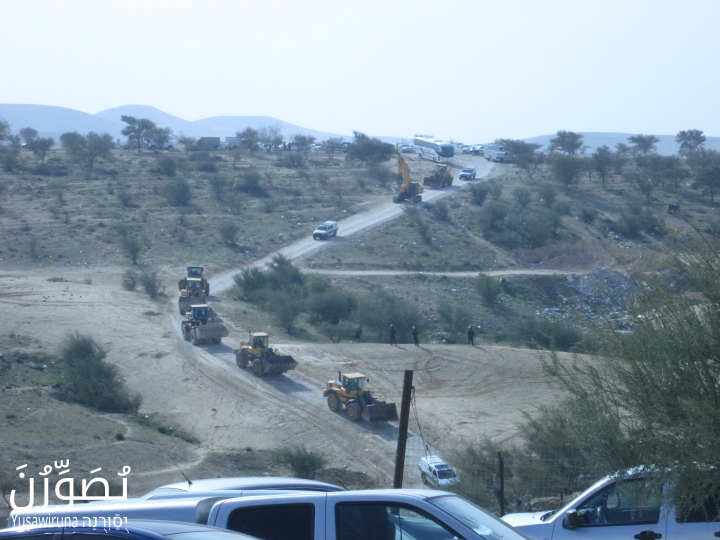 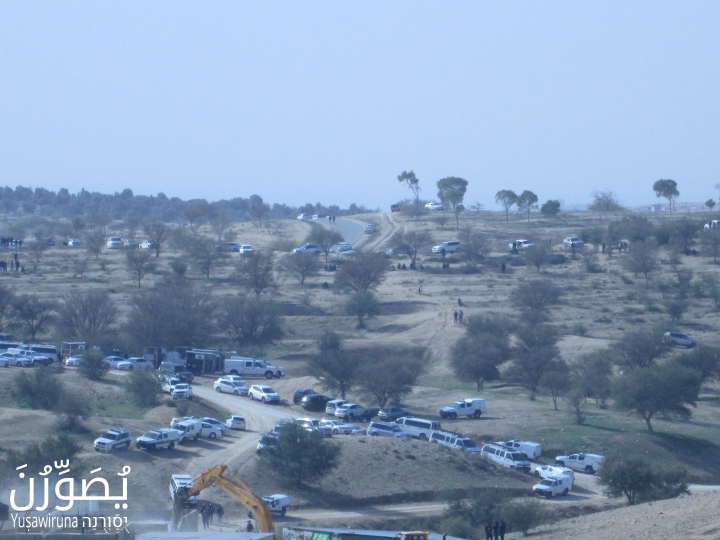 “We all stood in the mosque and all the police were armed, they didn’t let us leave,” she continues. 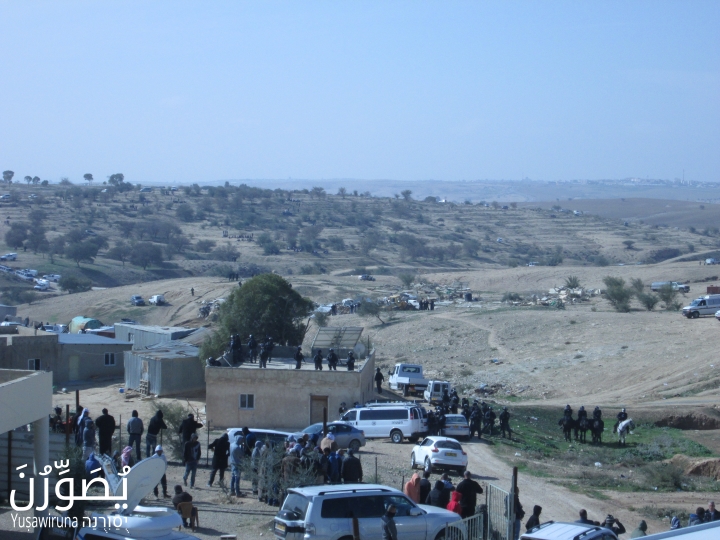 Residents were prevented from leaving the area of the village mosque for several hours while demolitions were carried out, Umm el-Hiran, January 18, 2017. (Yuṣawiruna Project, Negev Coexistence Forum)

“They came ready for violence, and violence is what they wanted. I felt as if I was in a war and worried for my children who were standing beside me, because of all the weapons around us. I was in shock.” 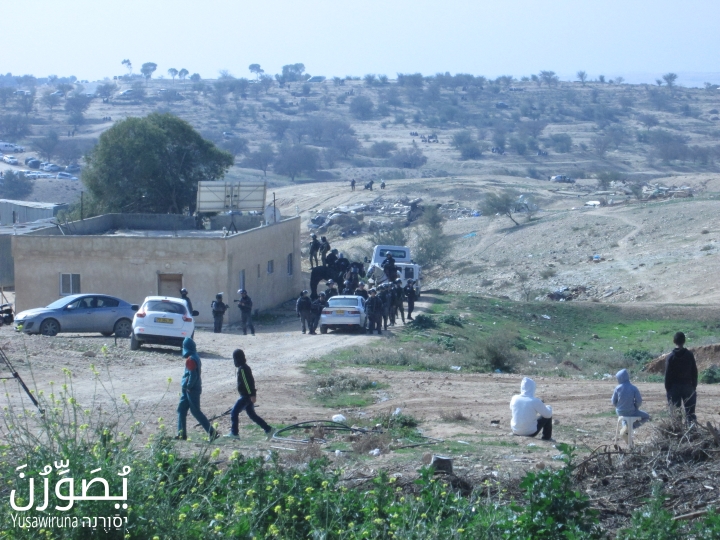 Youth from the village wait for the demolitions to be over, Umm el-Hiran, January 18, 2017. (Yuṣawiruna Project, Negev Coexistence Forum) 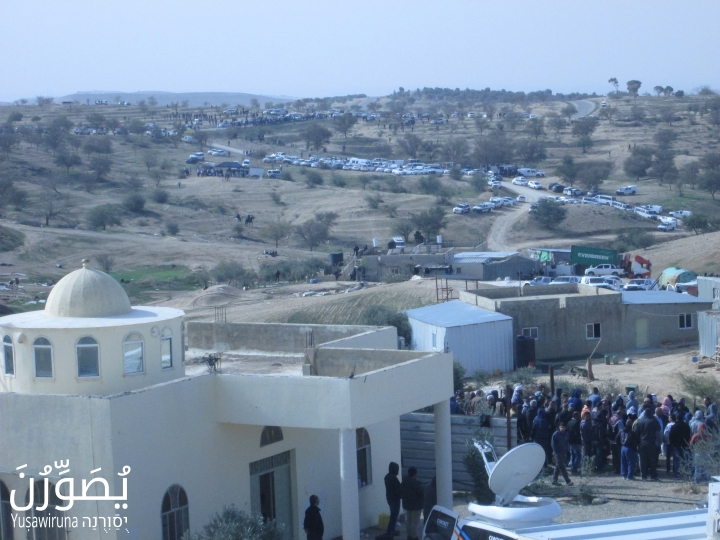 She documented the demolitions that morning, which took place just hours after Israeli police had shot a Bedouin man driving his car into the village, who then struck and killed an Israeli officer with his vehicle, and bled to death himself shortly after. 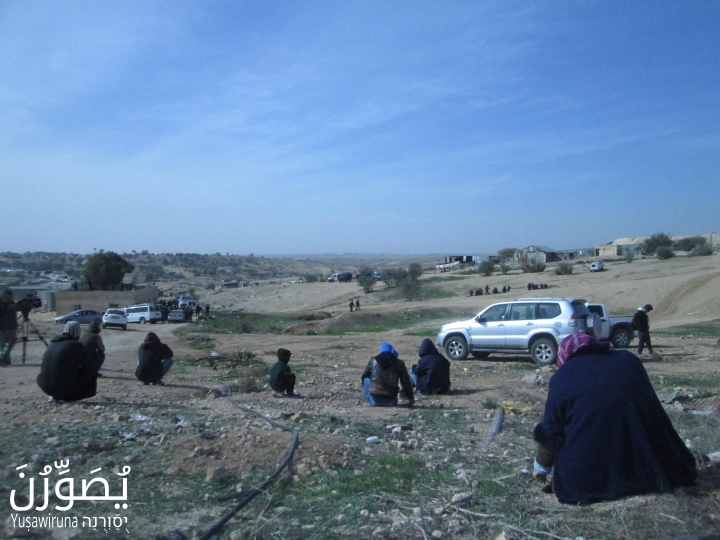 The woman took the photographs from her home, documenting the morning’s violent events through the window of her house or from the roof. 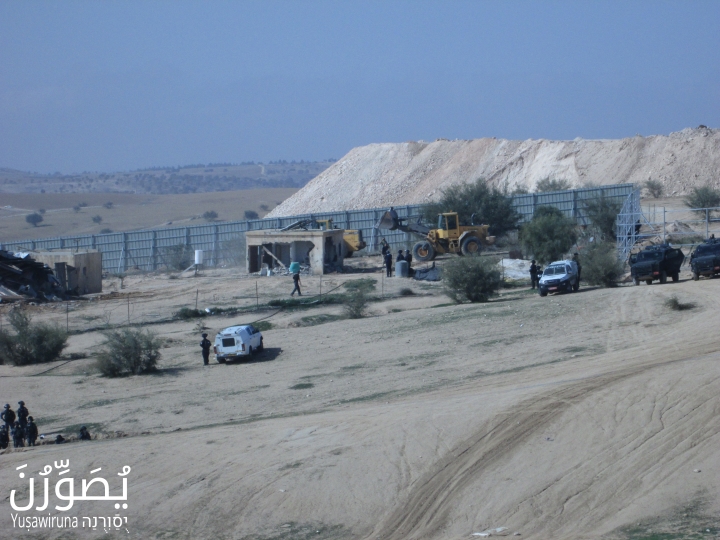 The photographs were taken as part of the Yuṣawiruna Project, which the Negev Coexistence Forum has been running in unrecognized Bedouin villages for the last few years. The project involves groups of women in each village documenting their daily lives, including human rights violations. The women study together, learning about human rights and photography.