Over 5,000 Arabs and Jews gather in Wadi Ara, northern Israel, to protest against recent home demolitions in Palestinian communities. 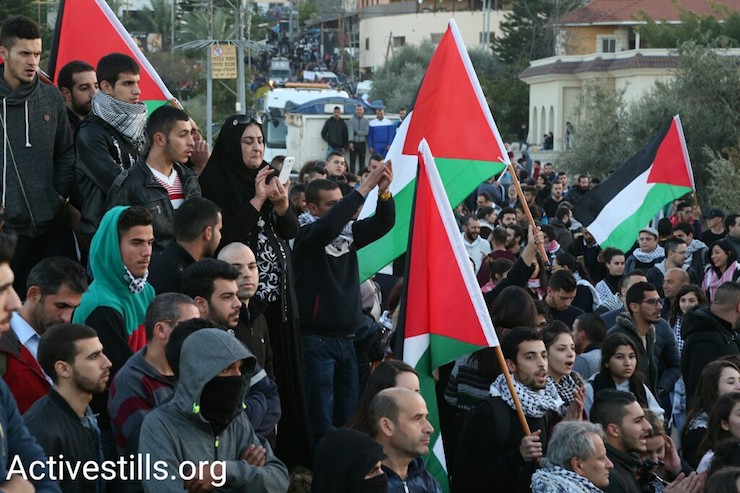 More than 5,000 Palestinian and Jewish citizens of Israel converged on the town of Ar’ara in the Wadi Ara region of northern Israel on Saturday, to protest a recent slate of home demolitions targeting Arab communities in the country. 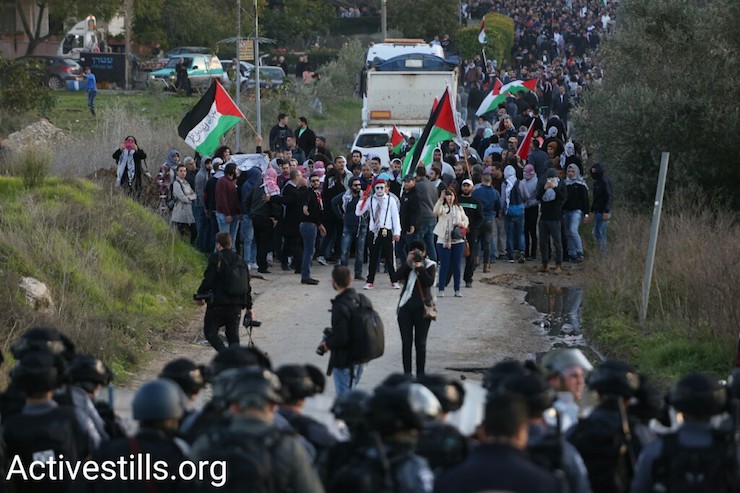 Particularly in focus were Wednesday’s demolitions in the Bedouin village of Umm el-Hiran, prior to which Israeli police shot to death village resident Yaqub Abu al-Qi’an as he was driving, and whose vehicle struck and killed Erez Levi, an Israeli officer. 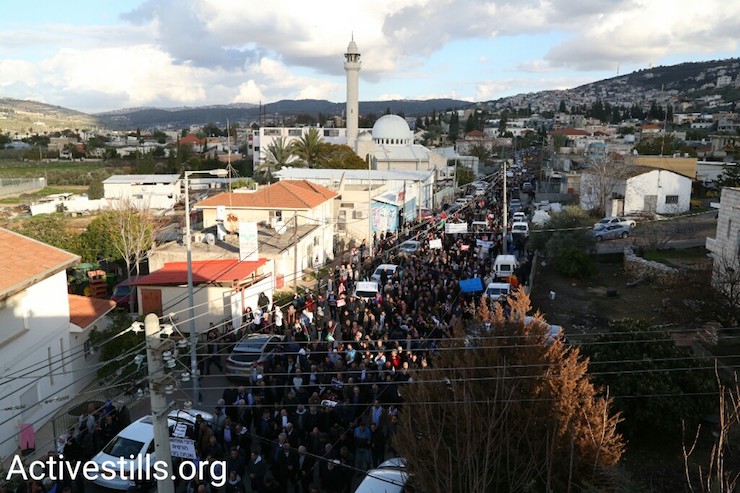 Hundreds of police officers — some on horseback — met the demonstrators in Ar’ara. 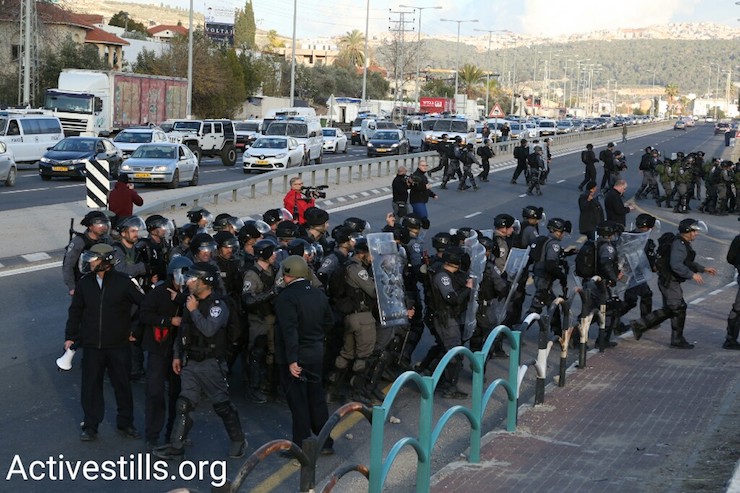 Around two hours after the protest had begun, hundreds of protesters blocked the junction at the entrance to Ar’ara. Police threw shock grenades and fired “skunk” water at the demonstrators, injuring several. Some of the protesters responded by throwing stones. 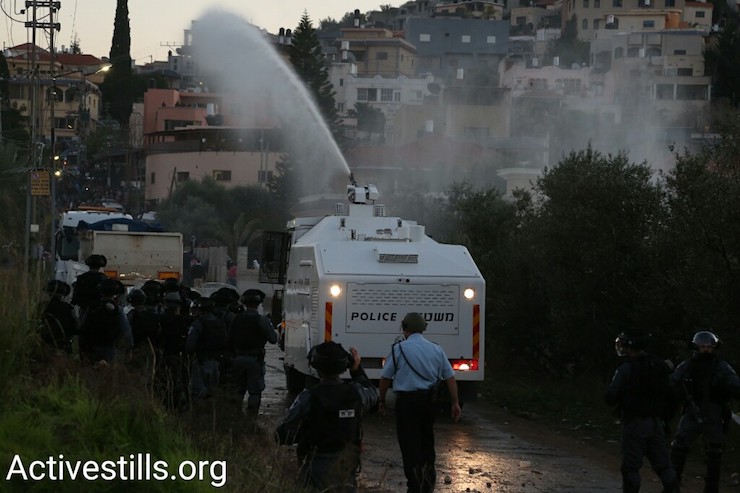 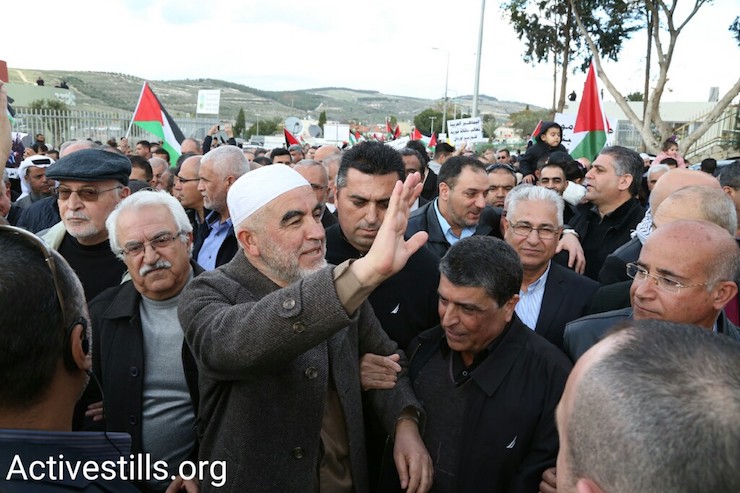 Sheikh Raed Salah, head of the northern branch of the Islamic Movement, with protesters in Ar’ara, January 21, 2017. (Keren Manor/Activestills)
Get Our Weekly Newsletter