The rail line, which is almost unimaginable today considering the blockade and permit regime, ran for just under a year — until the outbreak of the 1973 Yom Kippur War.

It’s been nearly 45 years since you could hop on a train in Gaza City and ride all the way to Tel Aviv, a situation that is almost unimaginable considering the blockade and severe restrictions on movement enforced by Israel today. The rail line, which ran for just under a year, was operated mostly for Palestinian laborers coming to work in the central Israeli city.

The following photos, from the archives of the Israeli Government Press Office, were taken on November 1, 1972, the first morning the train brought Palestinians from Gaza to Tel Aviv. 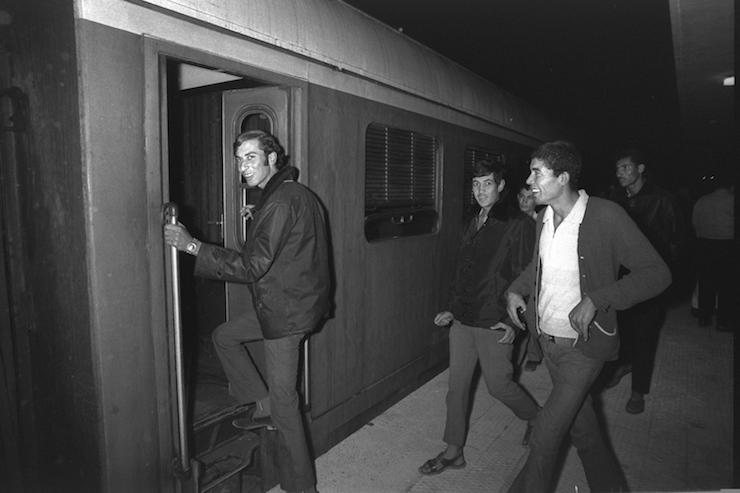 Palestinian passengers alight the train from Gaza City to Tel Aviv on the first day of its operation, November 1, 1972. (Moshe Milner/GPO)

According to a 2014 article on Hebrew-language news site Mako, the rail service was discontinued just under a year later at the outbreak of the October 1973 Yom Kippur War. Israeli authorities were considering closing it far earlier, however, due to very few Palestinians using it — starting even on the first day.

In its November 2, 1972 article about the launch of the train a day earlier, the Davar newspaper reported that a mere 25 passengers rode the 1,000-person capacity train that morning — partly, the reporter suggested, because nobody knew about it and also because the station, at Medina Square in Gaza City, was full of Israeli soldiers.

“It turns out that the workers getting onto buses at the Egged station across from the train station didn’t know about the train, and perhaps some of them feared riding the train due to the crowd of soldiers at the station,” Davar reported. “O.C. Central Command Rehavam Ze’evi suggested that army personnel clear out from the station, in order to give it a more civilian appearance.”

(It’s ironic, in the darkest possible way, that Ze’evi was reported encouraging Palestinians to get on a train into Israel. Aside from being assassinated, he is best known for advocating the forced population transfer — read: ethnic cleansing — of Palestinians out of the West Bank and Gaza.) 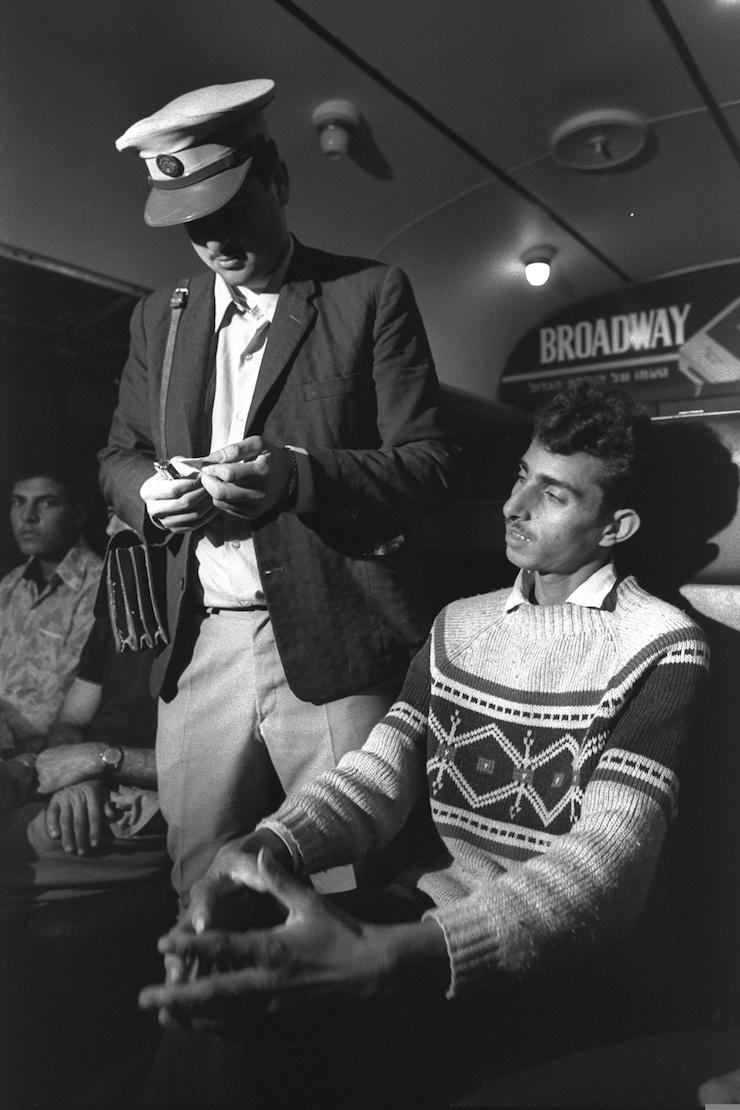 A conductor checks a Palestinian man’s ticket on the first train from Gaza City to Tel Aviv, November 1, 1972. (Moshe Milner/GPO)

The train was supposed to run for a few months as a trial, after which its viability and future would be re-evaluated. It didn’t go well.

On February 26, 1973, Davar reported: “The military government in Gaza and North Sinai informed Transportation Minister Shimon Peres that it is ending its support for the rail line between Gaza and Tel Aviv due to large losses in operating the train, because of the small number of passengers in the first two months of its operation.”

Only 200 passengers were riding the train each day, according to the report. 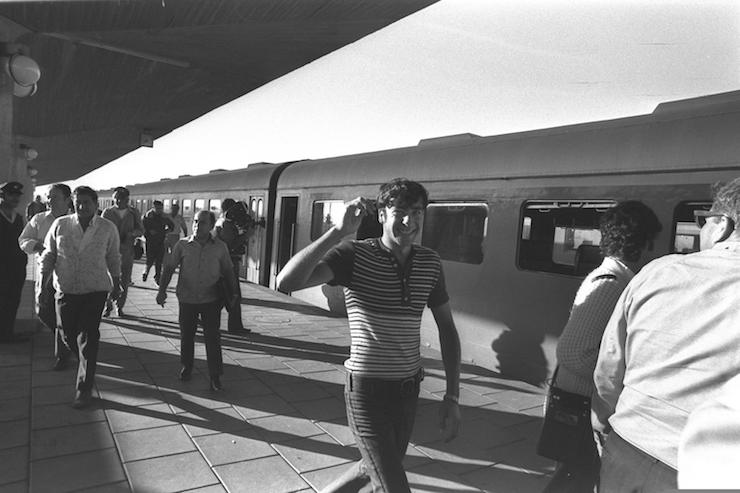 Palestinians disembark at the South Tel Aviv station after riding the train from Gaza City on the first day of its operation, November 1, 1972. (Moshe Milner/GPO)

Shortly after the 1967 war, in which Israel occupied Gaza, along with the Sinai, West Bank, East Jerusalem and Golan Heights, Palestinians were allowed to travel freely into Israel, although they were not allowed to stay the night.

Beginning in 1989, at the outbreak of the First Intifada, Israel started putting more severe restrictions on Palestinian movement once again. Today, it is almost impossible for most Palestinians to leave the Strip: Israel gives exit permits only to small numbers of Gazans, and the border with Egypt is rarely open. In the West Bank today, the Israeli army subjects Palestinians to a complex and often Kafka-esque permit regime that restricts their movement not only in and out of the West Bank, but in some cases within it as well.