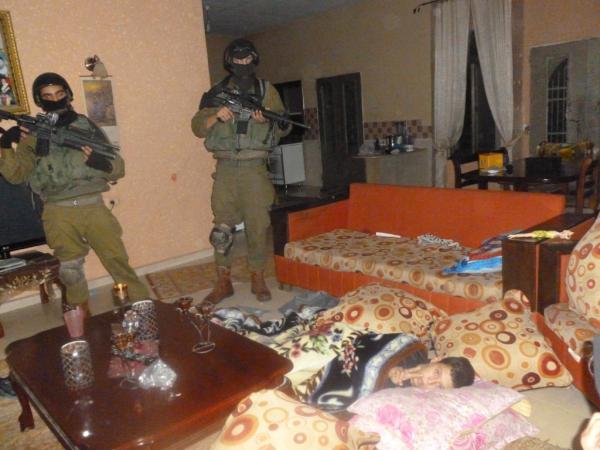 Following widespread criticism of the the Israeli army’s use of night raids to arrest minors in the West Bank, in February 2014 military authorities announced a pilot program to issue minors with summonses instead. The thinking behind using summonses is that you limit the need for night raids, which generally terrify individual households and entire neighborhoods.

Further, if a minor — accompanied by a parent — voluntarily presents himself at a police station during the day in response to a summons, reports of physical violence, painful hand ties, blindfolds and other abuses that frequently accompany night arrests are also likely to decline.

For six months commencing in early 2014, the military operated the pilot program in the Jenin, Nablus, Ramallah and Hebron districts. In or about September 2014, however, the program was temporarily suspended due to “increased violence.” As odd as it may sound, the military authorities said that they did not keep any statistics relating to the program during this period, making it difficult to understand how they intended to assess its success or otherwise.

During the same period UNICEF documented 24 cases in which summonses were issued to minors. After assessing this evidence, the UN agency noted that some of the summonses were actually delivered by soldiers in terrifying night-time raids. Violations also continued to be reported during the subsequent interrogation process at military detention centers or police stations. Similar conclusions were reached by Military Court Watch which also found that the military used summonses in approximately nine percent of cases in 2014.

Based on recent evidence it appears that the pilot program recommenced sometime in early 2015 and is now being implemented in about five percent of cases. However, even this limited use of summonses is not without significant and avoidable shortcomings

For instance: Summonses are still being delivered by the military after midnight; Relevant parts of the summonses are frequently handwritten in Hebrew without translation; Relevant information, such as the nature of the accusation, is missing; Although the military acknowledges that there is a discretion to permit a parent to accompany a child during interrogation, this safeguard is being denied in almost every case and the parent is made to wait outside or go home; and, no reference to the child’s legal rights is included in the summons.

While arresting minors at night may be necessary in exceptional circumstances, in 35 percent of night arrest cases documented by Military Court Watch this year (collected prior to the latest unrest), the minor was released without charge within a few hours or days, calling into question the necessity for a terrifying night raid on the child’s home in the first place. In another 35 percent of cases, the minor was released on bail, suggesting that he was not seen as a particular threat to security that would warrant a night-time arrest.

One possible explanation as to why minors are still being detained in the middle of the night in most cases is that night raids on Palestinian homes located in close proximity to Israeli settlements is generally an effective way of intimidating the community into submission and ensuring the viability of the settlement project in violation of UN Security Council resolutions. However, although generally effective at maintaining control over these communities, it should come as no surprise that this policy gives rise to simmering and potentially explosive, resentment.