With the Palestinian political horizon looking grim, reconciliation, elections and reform may be the only hope.

News of a major development in Palestinian politics was reached today in Cairo between leaders of various Palestinian factions.

A committee established by the reconciliation agreement signed in May 2011 to advance PLO reform has agreed to push for direct elections to the Palestinian National Council (PNC), the PLO’s parliament and highest legislative body, once polling and a mechanism can be reached. PNC elections, if held, would be a landmark accomplishment for Palestinian politics and pave the way for a representational government including Palestinians everywhere, not merely in the West Bank and Gaza Strip.

The move is highly popular among Palestinians, who see the deterioration in the PLO as a significant problem affecting political life. On March 15, 2011, Palestinian youth groups took to the streets in Ramallah calling for PNC elections. A a reconciliation agreement soon followed, signed in Cairo by Fatah and Hamas, along with other smaller factions.

The PNC has traditionally been comprised of appointed representatives from Palestinian political parties, trade and student unions, along with various other Palestinian groups and organizations located around the world. Direct elections to the PNC have never occurred due to the geo-political difficulties involved. Since the PLO and Israel signed the Oslo Agreement in 1993, the PNC has been increasingly marginalized in favor of the PA and barely constitutes a functioning body.

Beyond the headlines, Palestinian politics is in a state of crisis. Despite the achievements on paper, very little has been done on the ground to mend the divisions between Fatah in the West Bank and Hamas in Gaza. Elections to the Palestinian Authority, which were supposed to take place within one year from the May 2011 agreement, have been stalled, with the Central Elections Commission unable to complete voter registration in Gaza. The reconciliation agreement and the prospect of power sharing in the Gaza Strip has exposed rifts within Hamas, as the Gaza-based leadership is clearly unhappy with the arrangement.

The political division and lack of elections to the Palestinian Authority have also created an untenable state where the status and legitimacy of the PA is tied directly to one man – Mahmoud Abbas. Without elections, any successor to Abbas would have no legitimacy to head either the PA or PLO, both of which Abbas currently leads.

This is all amplified by the fact that the current crop of Palestinian leaders enjoys very little popularity among the people, according to recent polls. Abbas and Khaled Meshaal, the political leader of Hamas in Damascus, have both stated they will not run for office in an upcoming election. However, it may be likely that Fatah will pressure Abbas to stay on because his departure could be catastrophic to the party.

The one achievement that Palestinians have put forward over the last few years was a growing economy under the stewardship of Salam Fayyad. Yet, like all things in the Palestinian territories, this is all tied to the occupation and can quickly change. As the political landscape has dimmed, and donor funding from the Arab countries has dried up, the financial crisis within the Palestinian Authority has become increasingly acute. This has caused the PA to increase taxes, a widely unpopular move that had people in the streets once again, and forced the PA to backtrack. If the economic situation deteriorates further, there is no telling how far the consequences will go.

“I think that it is very important for the Palestinian people to see their leaders making progress towards reconciliation and elections, because the continuity of the current situation would weaken the Palestinian position,” says Dr. Ghassan Khatib, the chief spokesman of the Palestinian Authority. “The best way of solving the interim split [between Fatah and Hamas] is through elections.”

Unless reconciliation, elections and reform can be achieved soon, Palestinian politics is headed down a grim and uncertain road.

Because the Palestinian Authority is only an interim government, it is a lot like a bicycle that requires the momentum of the peace process to keep it upright. Right now no one is peddling and the bike is moving simply from the inertia of two decades of existence. If there is no movement soon, it will inevitably tip over. 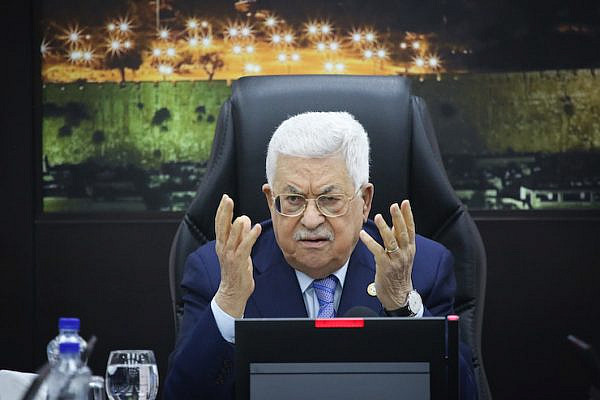 The brewing war to succeed Mahmoud Abbas
The jockeying for the post-Abbas leadership is taking shape in a moment of political, economic, and internal crisis for the beleaguered Palestinian government.
By Daoud Kuttab June 12, 2019 Embassy move is an act of humiliation against Abbas
It is also hard to see the Palestinian president agreeing to participate in negotiations headed by an American president who humiliated him so. By Elhanan Miller In the zero-sum game of Palestinian politics, every attack on Mahmoud Abbas and the Palestinian Authority is interpreted as aiding his ideological rivals in Hamas. Donald Trump’s recognition of…
By +972 Magazine December 11, 2017 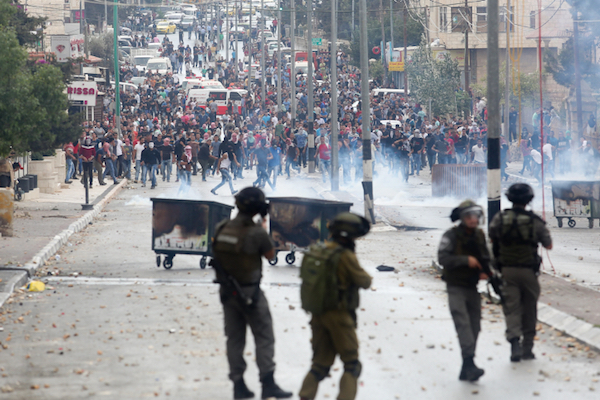 Why the whole region is looking at Palestine’s youth
Young Palestinians play an important role in the future of the region, and as their anger rises, so do the chances of renewed uprisings in the Arab world. By Ronit Marzan Approximately 1.4 million young people between the ages of 15-29 live in the West Bank and Gaza today, making up 30 percent of the…
By +972 Magazine March 29, 2017