A new report by Human Rights Watch documents human rights violations by the Hamas authority in Gaza. Many of the violations of prisoners rights were committed against Fatah members, sometimes in ‘retaliation’ for the persecution of Hamas members in the West Bank. 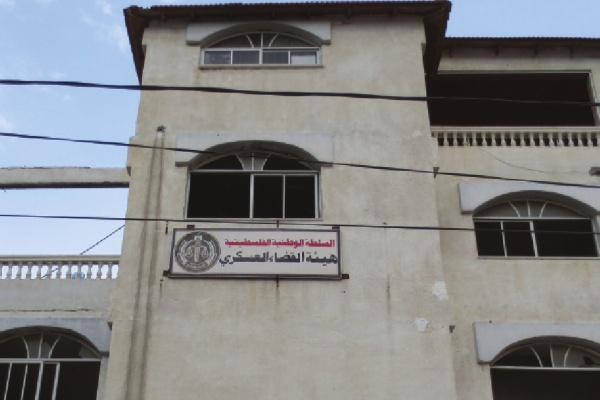 Human Rights Watch issued last week an important report on Hamas-run courts in Gaza. +972 posted the report in its entirely yesterday. You can read it in PDF format here.

HRW interviewed 15 people, including inmates and lawyers who have been tortured by Hamas security forces. Altogether, there have been 112 complaints of torture of Palestinians in Gaza during 2011. As the reports notes, one could only assume that the real number is higher, especially given the fact that access to many prisoners is denied. Much of the abuse takes the form of beatings (usually with sticks) or tying up prisoners in painful positions.

The following is a testimony of a Fatah supporter:

That night was long. It was a place called Abu Middeyn. They had lined up around 22 people on the roof, and detained other people in the rooms of the building. The security men were carrying rubber water hoses while others had sticks wrapped in iron chains. They said we were all Fatah supporters. They told us to bend down and put our knees on the ground and our elbows too and our foreheads. They started to ask us questions, it was more than one investigator, as we were kneeling and bent down. The guy beside me said “I’m just a fisherman, I have nothing to do with any political faction.” My turn came. While I was in that position, the officer asked my name, what I did for a living, and insulted me. One of us asked to pray and they responded that we weren’t Muslims. I said we were, and they beat me very badly for that.

Then they took me down to a cell in the building and tied my arms with rope to the ceiling until only my toes touched the ground. They stripped me down to my underwear and beat me on the kidneys for about an hour…

As HRW notes, “The intra-Palestinian political rivalry is still the root cause of many abuses against detainees…” The organization has already noted a policy of “tit for tat” abuses in Gaza and the West Bank, when persecution of Hamas members or sympathizers in the West Bank leads to revenge taken against operatives in Gaza.

The testimony of another Fatah man reveals the political motivation behind the arrests and torture:

Every single day I was exposed to abuse. They put me in stress positions, they prevented me from sleeping, one time for four days, forced me to stand up for long periods, beat me with a rubber water hose and with clubs. When they were torturing me, they said they had been tortured by the Preventive Security when Fatah was in charge. I said, ‘What does that have to do with me? I wasn’t with Preventive Security.’ It was like a reprisal. They were interrogating me about who was the head of the information unit of the PA, and I didn’t know. They wanted to know about my involvement with the PA and [spying on] resistance actions, but I wasn’t involved.

HRW has also noticed a rise in reports “of custodial abuse in Gaza against detainees accused of non-political crimes.” The following quote is from a part in the report concerning a man who was accused of faking contracts. When he was interviewed, the bruises on his body were still visible.

Y. recalled that he was driven in a jeep from his office to a police station in Abu ’Araban, in the Middle Area of Gaza. “During the drive they cursed and beat me, then they took me to the investigation room. Four men beat me for 10 minutes and called me an unbeliever, then tied me to a bed. Someone tied knots in a rubber hose and beat me on my feet with it for an hour.” Although Y. said he had been released from detention almost two weeks before we interviewed him, Human Rights Watch observed a large bruise on his inner leg and calf muscle; one of his toes was blackened and appeared broken.

Y. was later beaten with sticks and rubber hoses by his interrogators.

The report notes that Gaza has Shari’a courts that have jurisdiction over personal status issues, civil and criminal courts for civilians, and military courts with jurisdiction over members of the security service and security-related issues. However, trying political prisoners and other civilians before military courts seems to be a common practice.

The report opens with the case of Abdel Karim Shrair, a prisoner who was abducted by security forces, held without trial and tortured. When he was finally charged with collaboration with Israel, Shrair was convicted and executed. There are numerous other cases in which it is mentioned that people are at times arrested arbitrarily or held without trial, without anyone knowing about their whereabouts (also because police officers from one area can make arrests in another neighborhood). There is hardly any oversight of the courts, and as a result, there is a real fear to complain by those who suffered abuse.

Hamas authorities did not respond to the organization’s request for further information on specific cases.

One final note: Hamas should bare full and absolute responsibility for the crimes and human rights violations it is committing, but those actions should also be understood in the context of the Israeli blockade and the human rights abuses committed by the Palestinian Authority in the West Bank, many times under Israeli influence. It seems that under their own “autonomy,” both in the West Bank and Gaza, Palestinians meet all the abuses of power and none of the privileges of independent national existence. This is further evidence that the current diplomatic process has reached a dead end, and the need to look for new paths and ideas.