facebook twitter email link
According to the poll, only 20% of Jews were shocked and angered to find out they were just “pawns” in the Christian fundamentalist’s plan 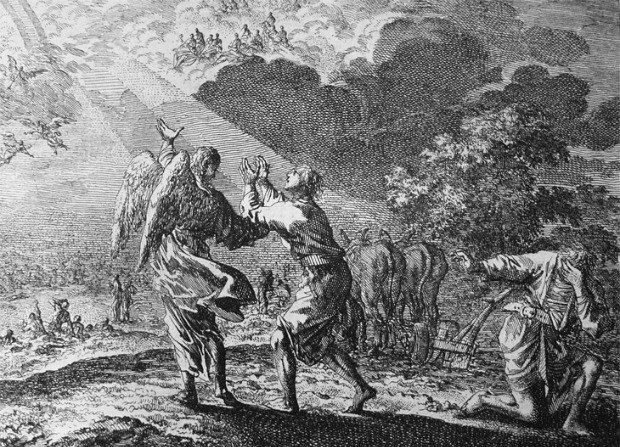 On the heels of Glenn Beck’s visit to the Knesset last week and ahead of his keynote speech this week at the 2011 Christians United for Israel (CUFI) Washington summit, +972 magazine commissioned a poll on Israeli attitudes towards the Rapture and the role of Jews in the event of Jesus’ return.

The poll, conducted by Dr. Tina Kemach, shows that a majority of Israeli Jews, 74.3%, have no intention whatsoever of accepting Jesus as the Messiah, despite the fact that after the Rapture, those who do not convert to Christianity will be incinerated.

20% of the people asked were too angry/shocked/confused to answer, and the remaining 5.7% said they would consider conversion if they could get Jesus’ autograph.

Out of the 74.3% who opposed conversion, Dr. Kemach asked how they intend on avoiding their certain death in the dungeons of hell. 90% said they would look for the cheapest deal to Anatalya, Turkey, despite strained relations. If indeed the end of times is near, as Pastor John Hagee claims, this could be great news for the Turkish tourism industry. Unfortunately, those Jews heads would be chopped off upon their return to Ben Gurion airport.

Another question that was asked was, “what do you believe is the reason for the Christian’s right  bear hug of Israel?”. 90% chose option a) Because they know we’re right and the rest of the world can go … themselves; 9% chose option b) because they think it’ll get them a cheaper deal for their next baptizing tour on the Jordan River; and only 1% chose the correct answer c) because they believe that for the Rapture to occur, Israel must rule the biblical land and Jews must be protected, right until the battle of Armageddon. After that they’re cooked meat.

Israeli politicians had mixed reactions to the poll. Michael Ben Ari, who during the meet at the Knesset offered Glenn Beck his seat in parliament , felt duped and said: “That bastard! He was looking at me and smiling! And all the while he knew I was going to die in Armageddon?!?! Get him back here right now, I’ll show what happens to people who mess with a Kahanist!”

MK Danny Danon, who invited Beck to Israel, attempted at responding but hung up during the interview. +972 later learned that Danon was rushed to hospital with heart palpatations.

MK Einat Wilf, who also attended the Knesset meet with Beck, admitted she was one of the 5.7% who would contemplate conversion. “I mean, let’s face it, it wouldn’t be the first time I sold my soul to the devil, right? Right? Mwaaa, Mwaahaaa Mwahhhhaaahaaaaaaa!!!”

MK Nissim Zeev of the ultra orthodox party Shas, said “I knew that Beck guy was gay. I knew it the minute I saw that new goatee. So gay… I’ll bet he has AIDS, too, may he rot in hell.” Zeev apparently did not know that it was he would rot in hell, if all goes according to the evangelical Zionist’s plan.

Michael Oren, who will be speaking at the CUFI summit, seemed to be caught off guard. “What? So, let me get this straight… these guys don’t love Israel, I mean, just because we’re Israel? There’s an ulterior motive?”

Benjamin Netanyahu will be addressing the conference by video, and told +972 that “I’m sure there’s a perfectly logical reason for all of this. I mean, come on, this is John Hagee, for Christ’s sake, we’re buddies! He’s a cool guy! Did you know they’re making a movie out of his new book? I already told Sara we’re sooo going to that one. It’s got Jerusalem in it. I love Jerusalem. It’s called Jerusalem Countdown. And it’s coming out two days after Beck’s ‘Restore Courage’ in our capital! I mean, talk about timing!”

This post was satire. +972 did not conduct such a poll. But maybe the evangelical Zionists did…