According to Maariv’s poll, 57 percent of Israelis accept the principles outlined in president Obama’s Middle East speech. By being more pro-Israeli than the Knesset, the US Congress indicates that the road to peace and justice in the region cannot pass through Washington 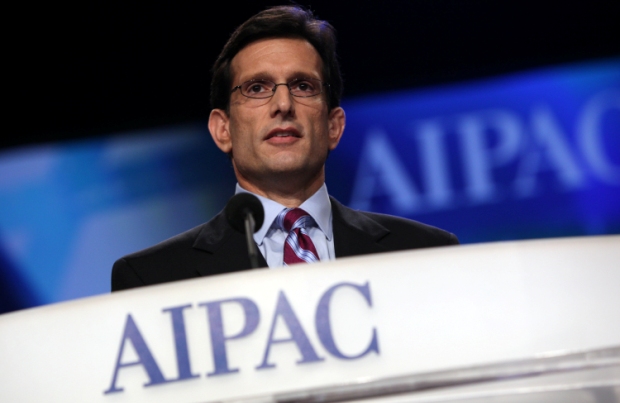 House Majority Leader Eric Cantor (R-VA) speaks at the AIPAC Policy Conference 2011. In Israel, Kantor's view would have placed him in a settler's party (photo: AIPAC)

In the morning following Prime Minister Netanyahu’s speech before a joint session of Congress, a poll published by the Israeli daily Maariv indicates that while Netanyahu enjoys considerable support among Israelis, the public is far more inclined than its prime minister to make concessions to the Palestinians.

According to a Teleseker-Maariv poll, conducted last night, a clear majority of 57 percent of Israelis would have wanted Netanyahu to say “yes” or “yes, but” (figures break 10 percent “yes”, 47 “yes, but”) to the path to a two-state solution outlined in President Obama’s speech.

(As pollster Dahlia Scheindlin wrote on this site, such figures correspond to previous polls, which show, for most part, the support of most of the Jewish public for a two-state solution based on the ‘67 borders.)

At the same time, if elections were held today, the Maariv poll has Netanyahu’s Likud party receiving 30 seats (it holds 27 today), with opposition party Kadima dropping from 27 to 26 seats. The poll shows Foreign Minister Avigdor Lieberman’s Israel Beitenu rising from 14 to 16 seats.

If those numbers represent the real attitude of the Israeli public, then Netanyahu has presented a false picture in the speeches given during his U.S. visit– he enjoys a stronger coalition than he cares to present, but in rejecting the 1967 borders as the basis for negotiations, he doesn’t reflect the views of most Israelis.

My bet is that with time, more Israelis will come to oppose the ‘67-based solution and a compromise over Jerusalem, as the prime minister’s messages increasingly sinks in with some of his supporters, who are now more open to concessions than he is.

What’s even more interesting is how far to the right the Washington establishment is on these issues. If they were Israelis, all of those attacking President Obama on Israel – from the Senate majority leader to the Washington Post’s editorial page – would have been part of the right flank of the Likud, or a moderate settler party. Right now, the Israeli consensus – if such thing exists – is to the left of the beltway (though Netanyahu is working very hard to change that).

If the events of the past few days have taught us anything, it’s that the unique connection between Washington politicians (Republicans and Democrats alike), the Jewish lobby and Israeli hawks is the main obstacle to the termination of the occupation.

Under the current circumstances, the road to justice and peace in the region cannot pass through the U.S. capital.