facebook twitter email link
If Judaism and democracy clash, which do you think Israelis would chose? And why is asking “where is the Palestinian Gandhi” the wrong question? You may be surprised 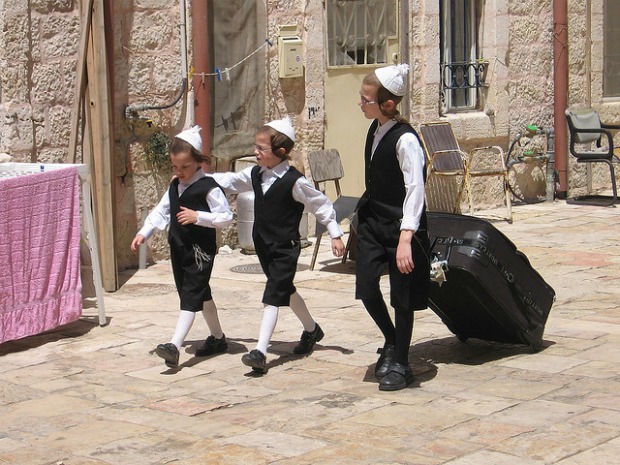 Ultra-Orthodox children in Jerusalem (photo: flickr / yoavelad)
The settlements in the West Bank have been called a “ticking bomb” more than once. And rightfully so: They’ve been growing year after year, without anyone doing a thing to stop it, and have actually “exploded” the two-state solution into oblivion.

Yet Israels have another ticking bomb they have failed to dismantle over the years. A ticking bomb that could make all the diplomacy efforts of peace activists, politicians and nations seems like the biggest waste of time mankind has ever seen: the effort by Israelis to separate from Palestinians only to end up living in a theocracy.

Haaretz leads this morning with a poll from the Israel Democracy Institute’s Guttman Center for Surveys and the Avi Chai Foundation, that found that “80 percent of Israeli Jews believe that God exists – the highest figure found by the Guttman-Avi Chai survey since this review of Israeli-Jewish beliefs began two decades ago.”

The strongest proof of Israel’s steps towards theocracy came in the following data:

…The study’s authors cited two reasons for the rise in religiosity. One is that immigrants from the former Soviet Union, who contributed to the drop in religiosity from 1991 to 1999, have now assimilated into Israeli society. Various studies have found that this process of assimilation has resulted in Soviet immigrants becoming more traditional. The second reason is the demographic change caused by the higher Orthodox and ultra-Orthodox birthrates.”

These birthrates are already changing lives in Israel. Less than half of Israelis in first grade are secular. 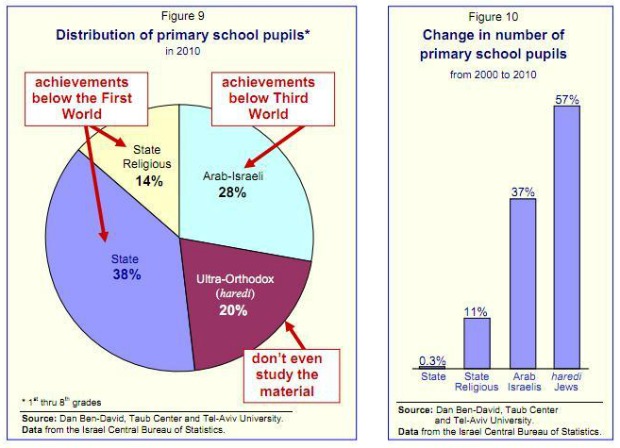 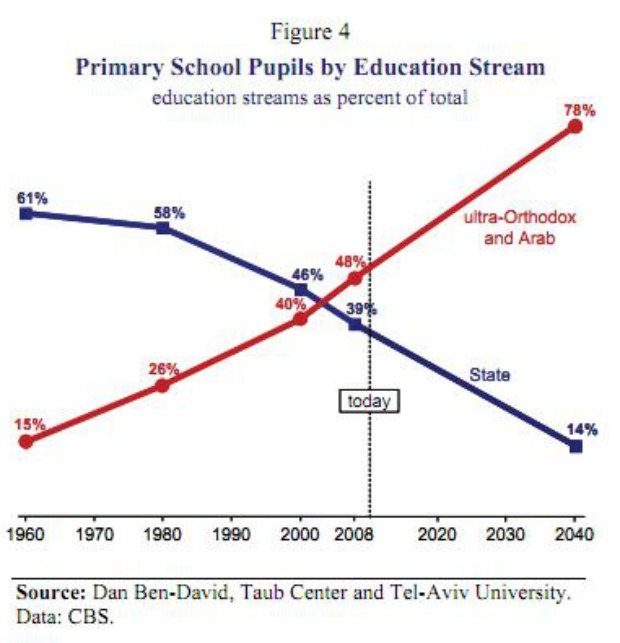 Here are a few more amazing “gems” from this poll (my bold):

“The study also found that 70 percent of respondents believe the Jews are the “Chosen People,” 65 percent believe the Torah and mitzvot (religious commandments ) are God-given, and 56 percent believe in life after death… Among other things, it found that less than half of Israeli Jews think that, in a clash between Jewish law and democracy, democratic values should always prevail.

If these trends do indeed continue, there will most surely be an acceleration in their speed as more and more secular Israelis realize what the country is turning in to and decide to pack up and leave, thus bringing the tipping point even earlier.

Besides their fascination with God, Israelis apparently have a baby-face fetish, too.

According to a study conducted by Dr. Yifat Maoz from the Hebrew University in Jerusalem, peace offers from baby-faced politicians had a better chance of winning over the opposing population than the exact same offer coming from leaders with more mature faces.

Prof. Maoz provided Jewish-Israeli respondents with a fictional news item containing a peace proposal and a fictional Palestinian leader’s photograph. The photograph was manipulated to appear as either baby-faced or mature by making a 15% change in the size of eyes and lips. Respondents were then asked to evaluate the peace offer and rate the trustworthiness of the politician who offered it.

”People generally associate a baby face with attributes of honesty, openness and acceptance,” explains Prof. Maoz, ”and once you trust your adversary, you have a greater willingness to reach a compromise.”

Ah, but there are two sides to the coin, aren’t there, Dr. Maoz?

Maoz adds that there are situations in which a baby-face is not advantageous: ”Although features of this type can lend politicians an aura of sincerity, openness and receptiveness, at the same time they can communicate a lack of assertiveness. So people tend to prefer baby-faced politicians as long they represent the opposing side, while on their own side they prefer representatives who look like they know how to stand their ground.”

So basically, we like our enemies to have baby faces so they can give up easier.

Yup, that sounds just about right.

It seems like all these years we should never have been asking “where is the Palestinian Gandhi?” to begin with.

The real question was actually “where is the Palestinian babyface?”