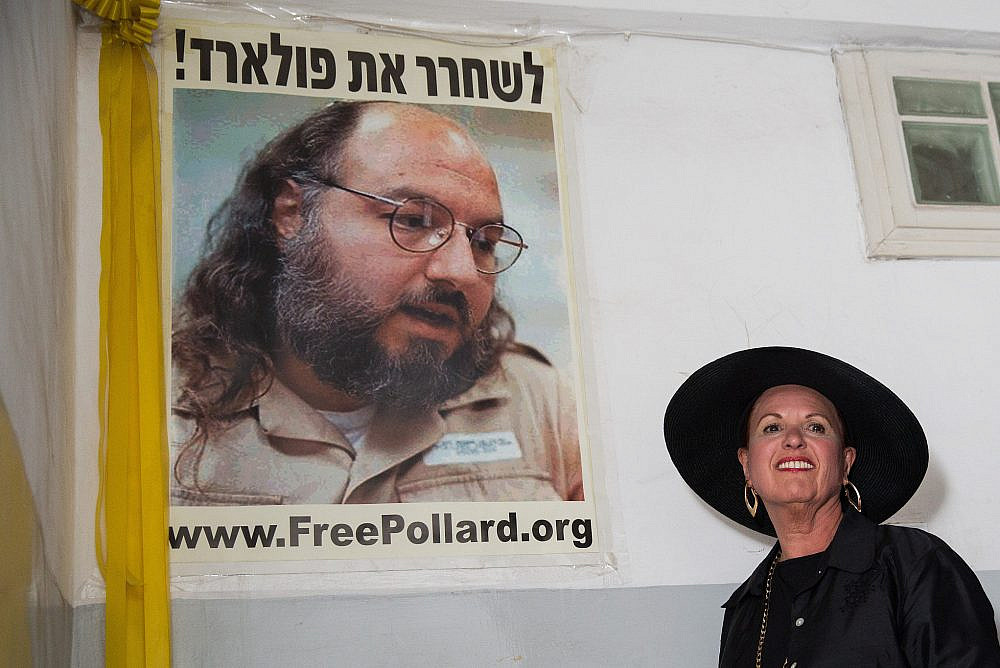 Esther Pollard, wife of convicted Israeli spy Jonathan Pollard, walks past a poster of her husband prior to speaking to press outside her home in Jerusalem, July 29, 2015. (Flash90)

The Israeli right rejoiced as Jonathan Pollard, a convicted American spy who passed along secret documents to Israel in the 1980s, received a hero’s welcome at Ben-Gurion Airport early Wednesday morning.

Standing on the tarmac alongside his wife Esther, the former U.S. naval analyst, who spent three decades in American prison, was welcomed by Prime Minister Benjamin Netanyahu. “Welcome home,” Netanyahu told the couple, “now you can start life anew, with freedom and happiness. Now you are at home.”

President Reuven Rivlin welcomed the couple on Twitter, saying “Welcome home,” while Diaspora Affairs Minister Omer Yankelevich tweeted in Hebrew: “How good it is that you came home,” in reference to a popular Israeli song.

Pollard was serving as a U.S. Navy intelligence analyst in the 1980s when he made contact with an Israeli official in New York; he began passing on U.S. secrets to Israel, specifically on the capabilities of American spy agencies, in exchange for money. He was arrested in 1985 and sentenced to life in prison in 1987.

Pollard was eventually released in 2015, but his parole forbade him from traveling to Israel, where his wife lives. Last year, Pollard publicly appealed to Netanyahu asking him to urge President Donald Trump to commute his parole so that he could leave for Israel and care for his wife, who has cancer. 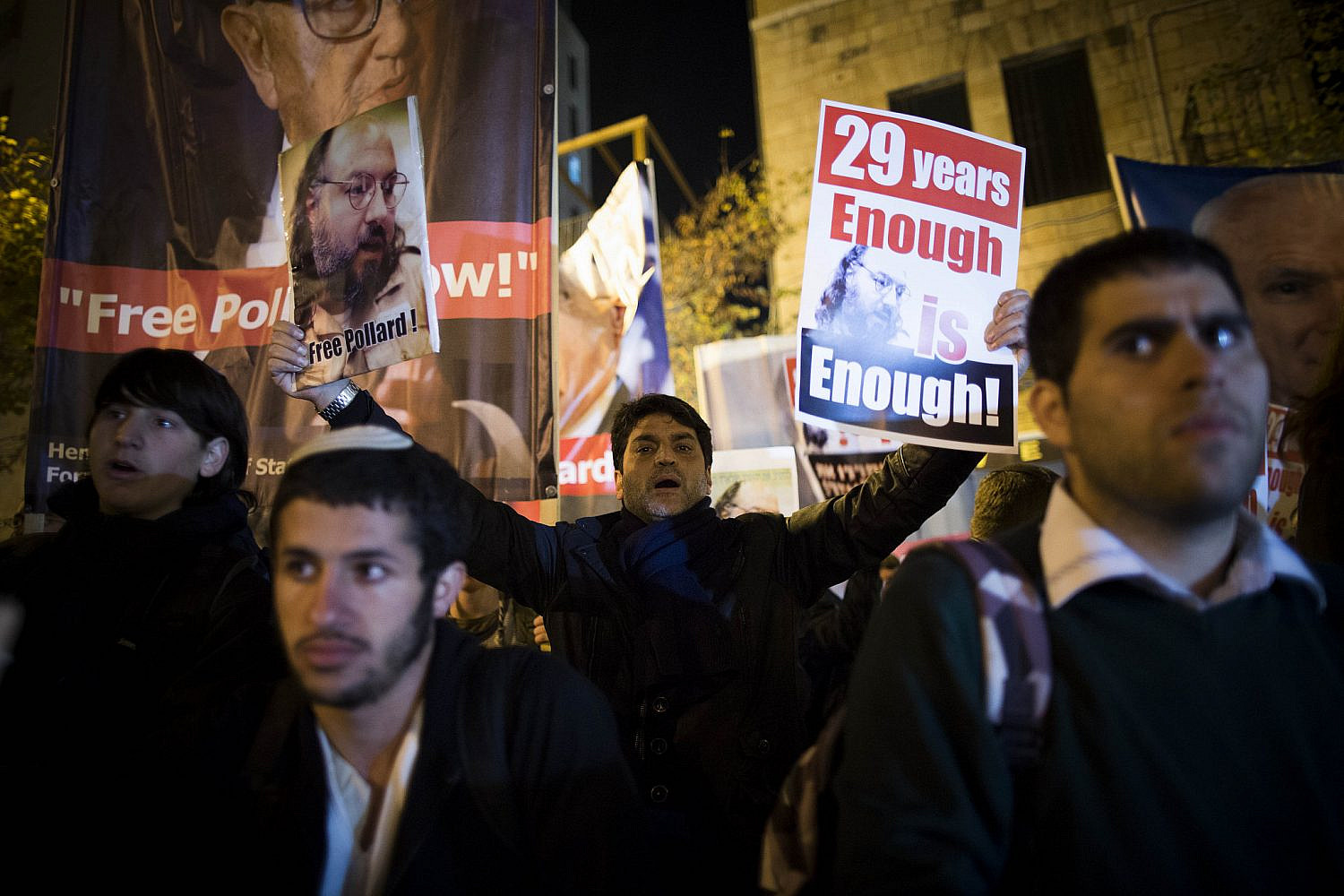 Israeli protesters call for the release of Jonathan Pollard during a protest in Jerusalem, January 2, 2014. (Yonatan Sindel/Flash90)

The Israeli right has for years viewed Pollard as a forgotten national hero, particularly as successive Israeli leaders have had to balance their sense of duty to him with their relationship to the United States. Yet their sensitivity to Pollard’s case is astonishing when compared to Israel’s lasting, vengeful attitude toward Mordechai Vanunu, a Mizrahi Israeli who spent 18 years in an Israeli prison — 11 of them in solitary confinement — for revealing parts of Israel’s nuclear weapons program to the British press in 1986.

Since Vanunu’s release in 2004, Israel has made his life hell: banning him from leaving the country and speaking to tourists or people from abroad, forcing him to update the security authorities whenever he moves into a new residence, and other draconian measures that have been greenlit by Israel’s High Court.

As opposed to Pollard, Vanunu never provided intelligence to a foreign agent, was not convicted of passing information to another country, and did not reportedly turn to various different countries to try and sell his information. Furthermore, Vanunu never led a double life as a spy, but rather acted according to his conscience. He handed over information on and photos of the Dimona nuclear reactor to the press in exchange for little money.

Although he never spied, Vanunu’s punishment is unusually severe when compared to other Israelis accused of committing security and intelligence offenses. Soviet spy Marcus Klingberg, for example, collected information in Israel for the USSR from the 1950s until he was caught in 1983; after 20 years in Israeli prison (and house arrest), Klingberg was allowed to leave the country without restrictions.

The basis for Israel’s campaign of vengeance against Vanunu goes far beyond the nuclear facility in Dimona. It also lies in the fact that unlike Pollard, who is an American Jew of Ashkenazi descent, Vanunu is a Moroccan Jew who grew up in the ghetto of the southern city of Be’er Sheva, and linked the Mizrahi struggle for equality with the need for reconciliation with the Palestinians at a time when the government put down anyone — Mizrahi or Palestinian — who dared to oppose its policies. 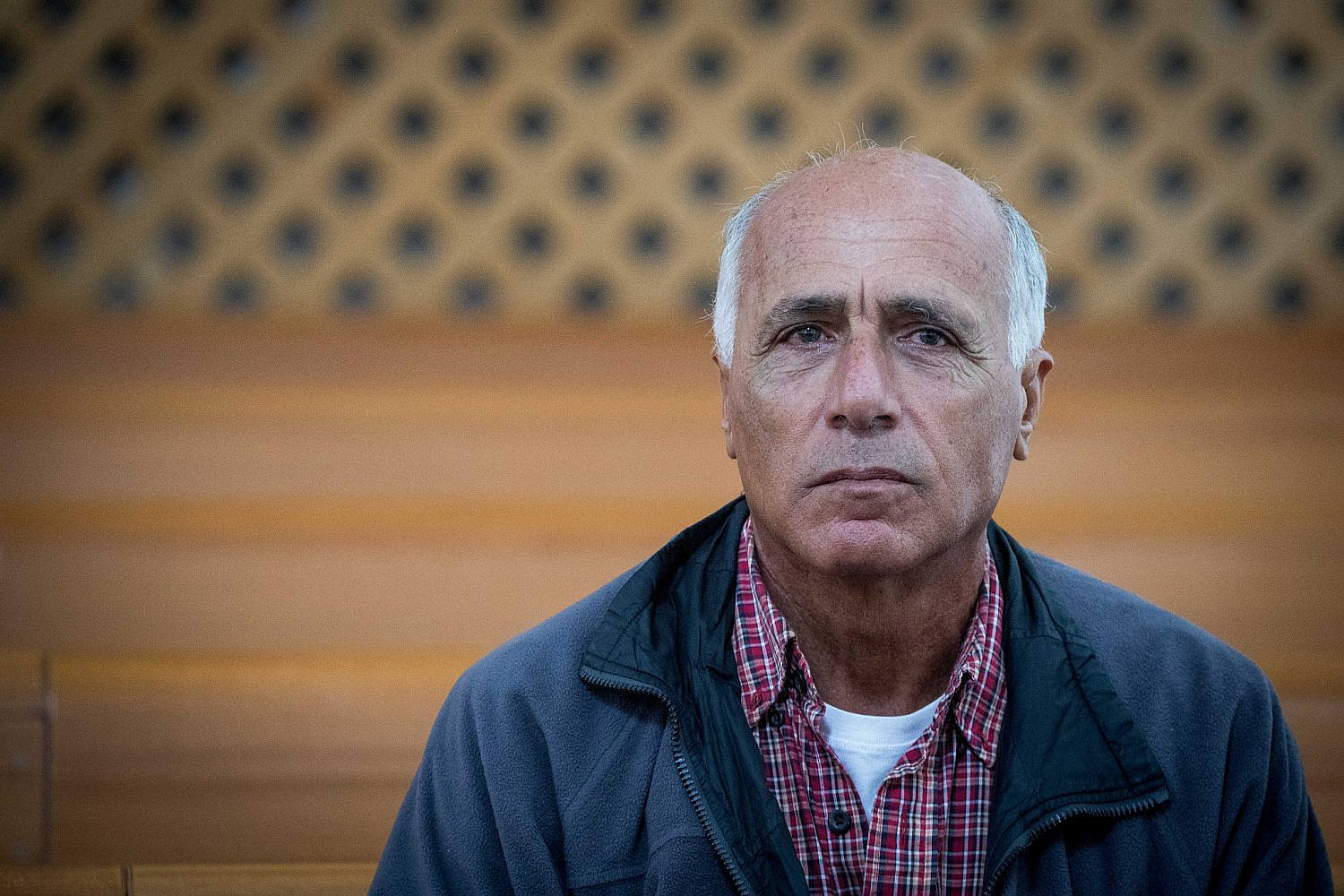 Mordechai Vanunu seen at the Israeli Supreme Court in Jerusalem as he arrives for a court hearing, December 3, 2019. (Yonatan Sindel/Flash90)

As a philosophy student at Ben-Gurion University in the 1980s, Vanunu was active in the anti-occupation movement and supported the two-state solution at a time when doing so was considered radical in Israeli society. He was known for having close relations with Arab students and trying to build bridges with Palestinians as a basis for ending Israel’s repressive policies.

Unlike Pollard, who worked to prop up Israel’s violent regime, Vanunu is a Mizrahi Jew who does not buy into Zionism’s racial hierarchy, which has always seen Mizrahim as both inferior to Israel’s Ashkenazi hegemony and as a threat to its political, economic, and cultural power. Indeed, Israel has long worked to pit Mizrahim against Palestinians; along with military recruitment, the slow integration of Mizrahim into the middle class and positions of relative power has often involved shedding their Arab background and adopting fervent anti-Palestinian positions.

While Pollard’s offense was by all accounts treacherous, the fact that he acted on behalf of the Jewish state, in the eyes of the Israeli right, erases the criminality of his treason. Vanunu’s politics, on the other hand, pose a central threat to the Israeli regime, offering a vision of freedom and equality for all rather than oppression for Palestinians and crumbs for Mizrahim. Vanunu’s biggest crime, then, was that he broke out of the narrow box Zionism had designed for Mizrahim like him. 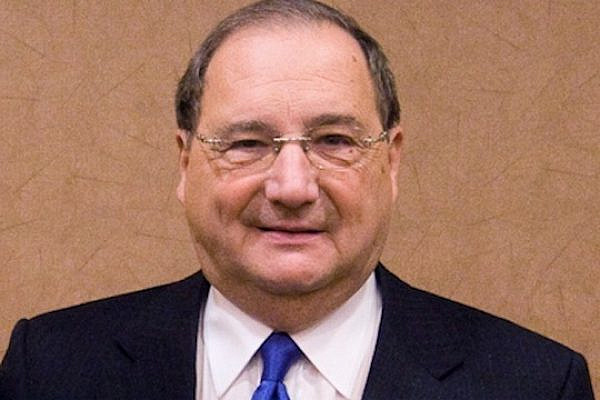 No, Abe Foxman, America is not out to get the Jews
The U.S. Jewish establishment is starting to say publicly that anti-Semitism is the reason Jonathan Pollard is still in prison. This is sickening slander that reflects a deep-seated psychological problem.   Abraham Foxman, long-time leader of the Anti-Defamation League, capo di tutti capi of the Israel lobby, scourge of all scourges of anti-Semitism (real or…
By Larry Derfner January 28, 2014 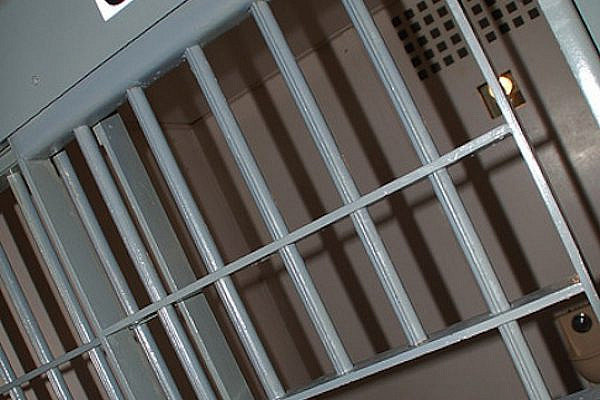 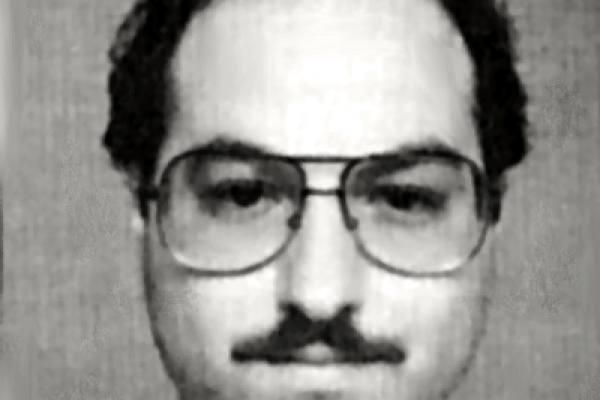 Is an Israeli cover-up keeping Jonathan Pollard in prison?
The Americans are convinced Pollard – who spied on behalf of Israel in the 1980’s – didn’t act alone, and have made it clear that if Israel gives up the other name(s), he can go free. It’s been a mystery for many years why Jonathan Pollard is still in prison, why U.S. president after president refuses to pardon him. The reason in…
By Larry Derfner April 11, 2012