Yair Lapid left his position in Channel 2 News and announced his intention to enter politics. He is likely to split the secular vote in a way that won’t allow anyone but the Likud to form the next government 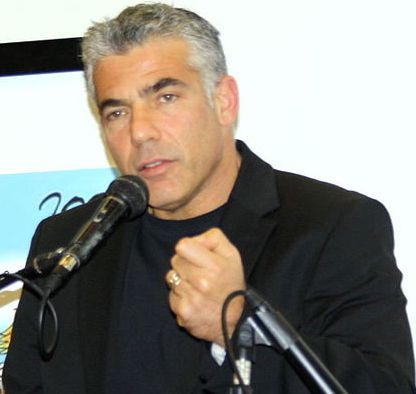 One of the questions that has dominated the political landscape in Israel in the last couple of years received an (almost) definite answer this week, when the most popular journalist in Israel, Yair Lapid, resigned from his post as Channel 2’s Friday evening anchorman in order to enter politics.

If he had it his way, Lapid would have waited for new elections to be called – probably later this year – but the Knesset legislators forced him to reveal his cards. A bill subjecting every journalist to a full “cooling off” period of a year before entering politics was about to become a law, and Lapid, who probably made up his mind on his political future a while ago, had to leave his comfortable position in front of a prime-time audience. The official announcement came in the form of a resignation letter to his bosses at the station.

Lapid, 49, is the son of the late journalist-turned-politician Yosef (Tommy) Lapid and novelist Shulamit Lapid. He grew up in Tel Aviv and London, served as a reporter for the IDF’s magazine Bamahane, and later started working for his father’s paper, Maariv. His star rose in the 90’s, when he acted in an Israeli film and hosted popular TV talk shows on Channels 1 and 2. Lapid wrote books and a TV mini-series, led TV campaigns for Israel’s largest bank, and since 2008 hosted the prestigious weekly news magazine on Channel 2. Lapid also writes the leading full-page column in Yedioth Ahronoth’s Friday edition, the most widely read paper in Israel.

For such a public figure, Lapid’s political views are extremely vague. His father, a Knesset member and then government minister, was known for his militant secularism, both in public and in his personal life. Lying on his deathbed, Yosef Lapid refused any treatment that would prolong his life and eventually starved to death. Like his father, Yair Lapid is hostile to the ultra-Orthodox establishment, although even on this trademark family issue, his tone is much more restrained. Yosef “Tommy Gun” Lapid was an Archie Bunker-like conservative; Yair Lapid is his business-oriented, politically-correct alter ego. 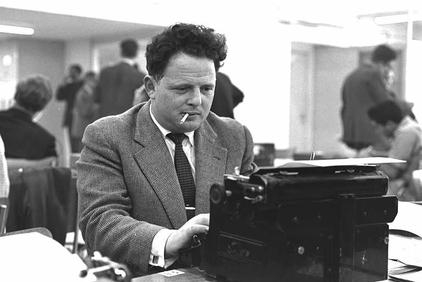 If figuring out Yair Lapid on social issues is a complicated task, making sense of his views on diplomatic and regional politics, on human rights and democracy, is close to impossible. From his columns, it seems that Lapid is at the center of the secular consensus (some say that he is the center) – i.e. he supports in theory of the two-state solution; he is somewhat critical of the settlements and clearly hostile towards the “extreme” religious settlers, but he has no special affection for human rights organizations and he hasn’t showed unique interest in the current wave of anti-democratic legislation.

Lapid wrote a couple of times that Israel should have supported, rather than opposed, the Palestinian UN bid, but I don’t remember hearing a real out-of-the-box idea from him, one like Shaul Mofaz’s (Kadima) support for negotiations with Hamas. Lapid is not a rightwing hawk nor a dove; one more thing he inherited from his dad is a hatred of “the lefty media,” which he confessed again recently.

Lapid updates his Facebook followers on the progress of his Knesset bid. Unlike pages of other Knesset members, Lapid’s wall is lively and exited. According to one of his latest messages, he hasn’t formed his party yet. He will probably skip the option of leading his father’s party – Shinui – which wasn’t able to pass the Knesset threshold in the last elections. There is little sense in forcing oneself to deal with the party’s dysfunctional machine, plus I would imagine that Lapid aims higher than the narrow appeal of Shinui, which will always be constrained by its free market, secular Ashkenazi image.

It is somewhat ironic that Lapid, the privileged son of the Israeli elite, would be one of the first to benefit from the summer’s social protest. Yet there is no doubt that the growing discontent in Israel’s middle class played a major part in his decision to enter politics now. As I have written here in the past, the J14 demonstrations – also known as the tent protests – were, more than anything, a show of middle-class disappointment with elected Knesset members, and especially with Kadima.

While Israel’s right is filled with would-be leaders and Knesset backbenchers who compete for attention by introducing racist bills or conducting bizarre public stunts, and while the left has no voters or public appeal whatsoever, the amorphous promised land of the moderate center is up for grabs. Shelly Yachimovitch, the surprise winner of the Labor primaries, was the first to take a bite, and Lapid might be the one to deal Kadima its coup-de-grace.

The man who is likely to benefit the most from this process is one Benjamin Netanyahu. Lapid can draw votes from all of Netanyahu’s potential challengers – including Avigdor Lieberman – but he is not likely to hurt the Likud too much. The result will be a fragmented Knesset, in which the Likud is a single big party and four or five others – Lapid, Labor, Lieberman, Kadima and maybe Shas – are competing for a place in the coalition. Since Netanyahu will only need between two and three of those parties, and since they won’t be able to form an alternative coalition due to a lack of a central, agreed-upon, leading force, they won’t have any bargaining position. It will be Bibi or nothing.

Early polls suggest that this is the most likely scenario. There were three polls conducted right after Lapid’s announcement – by the dailies Maariv and Yedioth, and by Channel 10. The results varied, but the general picture was the same: Likud was the only party to pass the 20-seat threshold, polling between 27 and 30 of the 120 Knesset seats (Likud has 27 MKs now). Lapid had 11-16 seats, Kadima 13-15 (28 now), Labor 12-18, Israel Beitenu 14-15 and Shas 9-11. In such a picture, the old division into two competing blocs – left-center and right-religious – becomes meaningless.

On a deeper level, Lapid’s entry into politics could be seen as representing a new stage in the Israeli culture war, one in which the dominant social group – secular middle class – has left behind the hope to lead the political system and is settling for a sectarian representation of its interests, spread between several parties. Except in the case of an unexpected event such as war or a deep economical crisis, we are likely to be left with Netanyahu as prime minister; or with a fragmented system in which nobody can really govern. Yair Lapid therefore is not the answer to Israel’s existential crisis – more than anything, he is a representation of the problem.