Project by: Oren Ziv/Activestills.org, Hotline for Refugees and Migrants 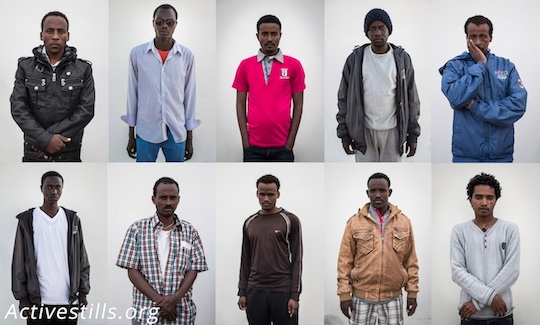 Detainees at the Holot ‘open’ prison. (Photo by Oren Ziv/Activestills.org)

This portrait series was taken outside of the Holot prison for African asylum seekers in Israel’s Negev desert. Israeli authorities refer to Holot as an ‘open facility’ because its detainees can leave for a few hours at a time. Prior to their transfer to Holot on December 12 and 13, 2013, all the subjects photographed were held under administrative detention in the “Saharonim” and “Ketsiot” Israeli prisons for periods of more then 18 months. Under current Israeli law, their only hope for release is if they agree to be deported back to their home countries, from which they fled.

The prison currently holds several hundred asylum seekers from Sudan and Eritrea, many of whom are victims of torture, kidnapping and trafficking through the Sinai desert. Holot is jointly run by the Israeli Prison Service and Interior Ministry and has strict rules and regulations, all of which carry severe punishments including transfer to other prisons. The Israeli government has publicized plans to expand Holot to hold more then 3,000 asylum seekers by the end of the year. The Interior Ministry has begun issuing summons to asylum seekers in Tel Aviv, ordering them to present themselves at Holot within 30 days.

These are their stories in their own words.

I am 19 years old. In 2012 I escaped from Eritrea to Ethiopia. I stayed there in a refugee camp for a month. From there I continued to Sudan and arrived to Sinai with a group of people. I paid $3,500 (to smugglers) and entered to Israel on June 4, 2012. Everyone else who arrived with me was released in June 2012. 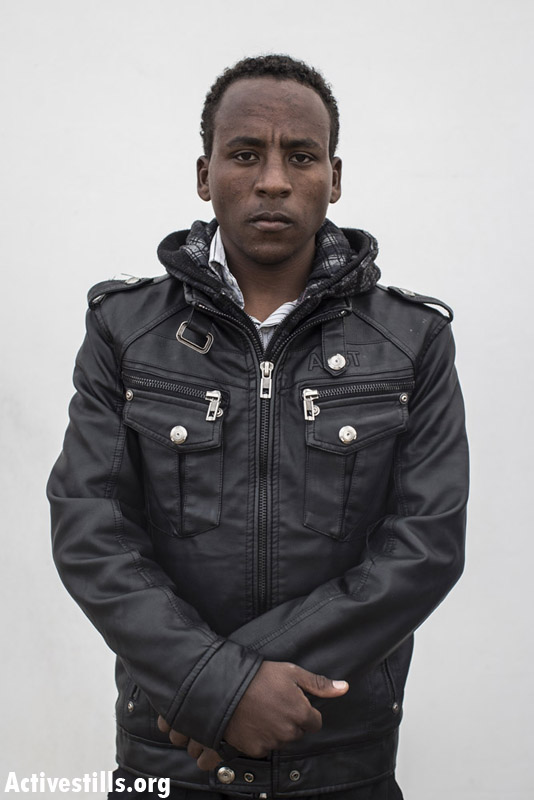 I am 22 years old, born in Gezira, Sudan. I have been imprisoned for a year and three months. I don’t know why. My brother is a political activist with the opposition group fighting against the government of Sudan. The Sudanese security forces came to look for him. When they didn’t find him they arrested me instead. I was imprisoned for a year and a month. I came to Israel to ask for protection but they imprisoned me for a longer time here than I was in prison in Sudan. I am asking for my freedom. 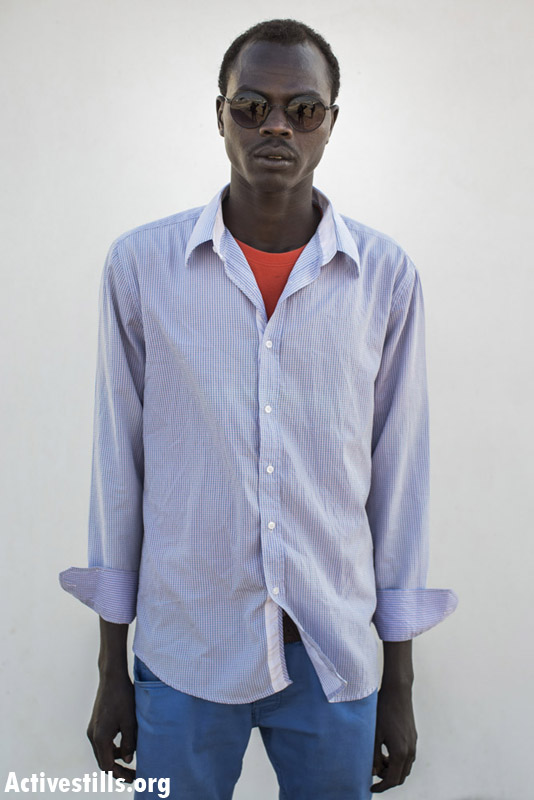 G.H.I.Y, from Gezira, Sudan, on year and three months in Saharonim prison.

I am 38 years old, married and a father of two children. I was born in Niala, South Darfur. My father was murdered during an attack on our village in 2003. We had to run away and seek refuge in the “Kalma” refugee camp. My mother, wife and children still live there until today. I miss them very much and I don’t know what their situation is. I came to Israel to seek protection but I was imprisoned. I have been in prison for almost two years. I don’t want to be in prison any more. 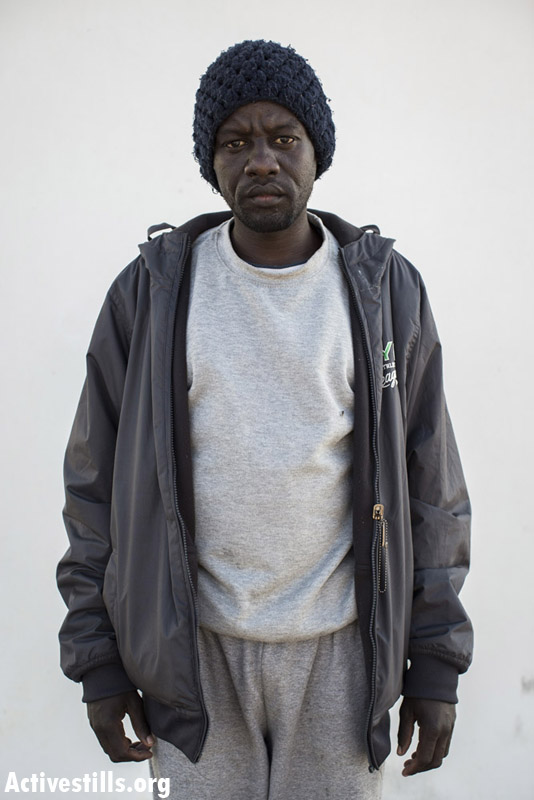 I was a soldier in Eritrea. During my military service I was sentenced to three years in prison without committing a crime. I succeeded to escape from prison after four months. I joined a group of 80 people who escaped from Sudan to Sinai. After we gave the money to the smugglers they told us it’s dangerous to depart for Israel now. We waited another week. There was a girl there who the Bedouin called and told her they wanted to talk to her; when she came back she told me she was raped. Afterwards they wanted to take another girl aside but I argued with them. After a week all the 80 people were released but the Bedouin kept me with them in the desert for another 11 days. I am 26 years old from Niala, Darfur. I came to Israel in 2011 after I fleeing the war in Sudan. In Sudan there is great oppression against the people. The Janjaweed militias rule with terror and fear. In one Janjaweed attack on my village my cousin was murdered and I was shot four times; only by luck I survived. I came to Israel to seek protection. If I could go back to Sudan I would but we have many problems there. I have been imprisoned for 16 months. Since I was arrested I don’t know the whereabouts of my family, I don’t know what happened to them. All I know is that they were attacked by the Janajaweed and I haven’t heard anything from them since. 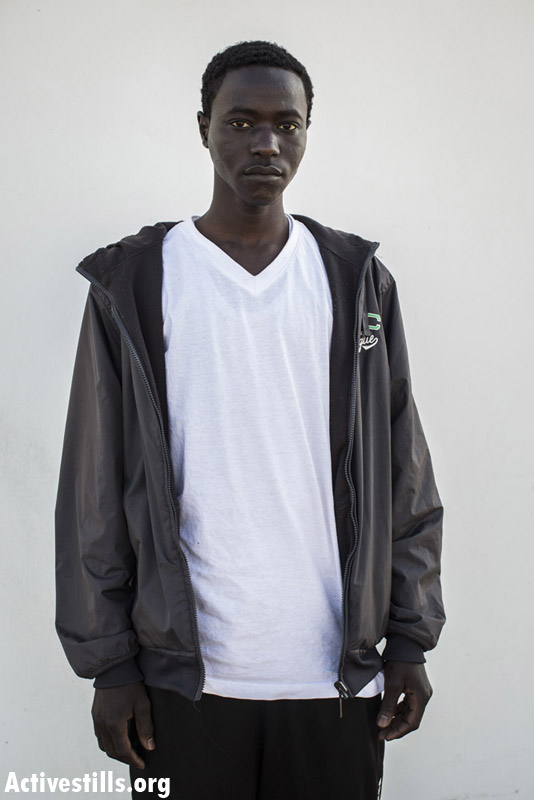 I was kidnapped in Sinai for a month and a half and I paid $3,200 to get released. I was in Saharonim prison for a year and a half and then I was moved to Holot. I don’t know the whereabouts of my family and I don’t have any way to contact them. My father died and I escaped from Eritrea so they wouldn’t draft me to the army. I escaped through Sudan in 2012. There is no difference between Holot and Saharonim. People are losing their minds here. Ever since I arrived to Holot’ I haven’t left since I don’t know anyone in Israel. 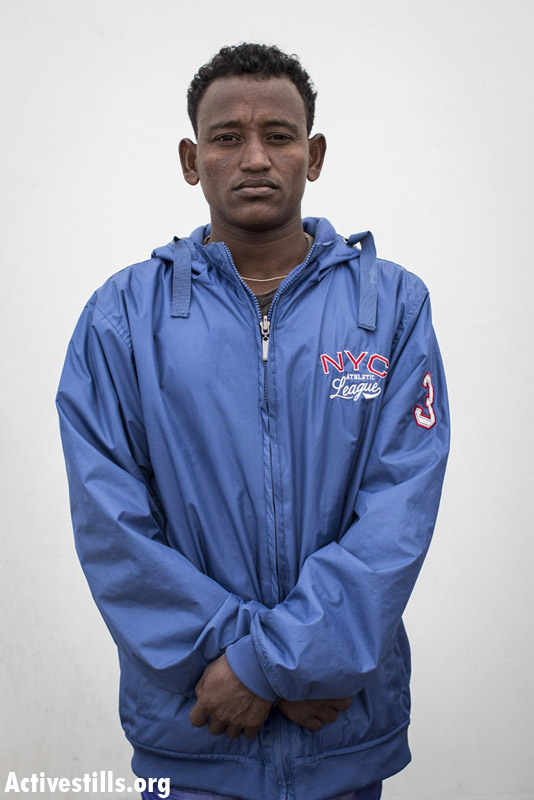 Malik Grezgiher, from Eritrea, a year and a half in Saharonim prison.

I can’t fall asleep at night. There are people who have gone crazy here. In Saharonim at least you know that you have to stay in one place and you can’t get out. Here, they give you the option to leave but they tell you that you must come back. 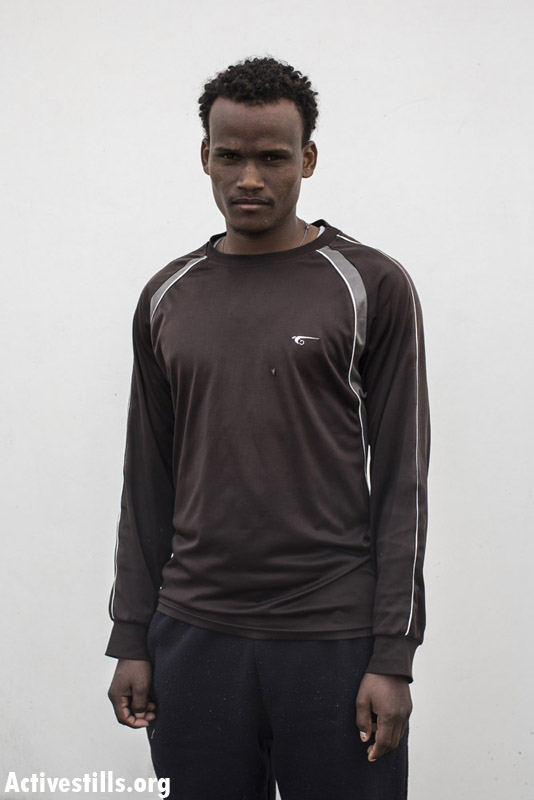 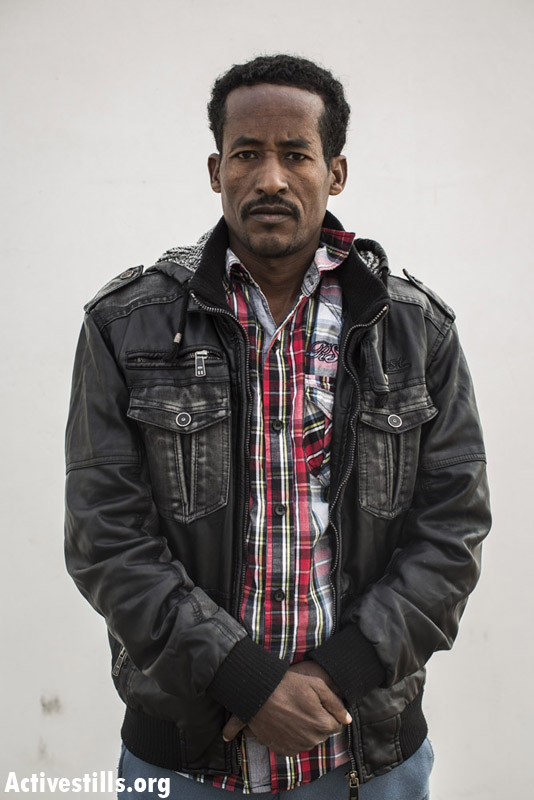 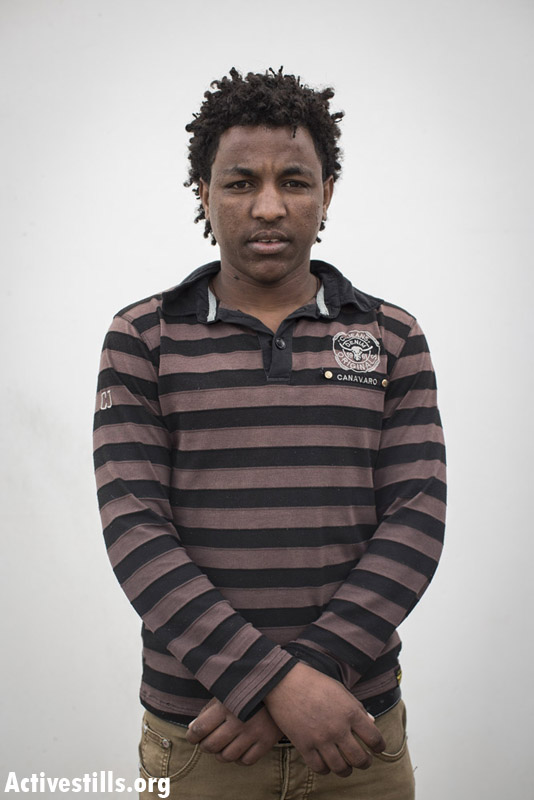 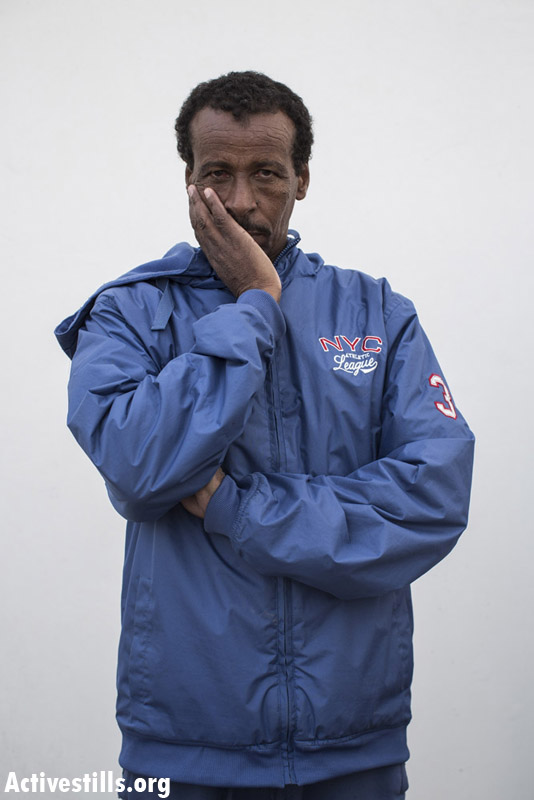 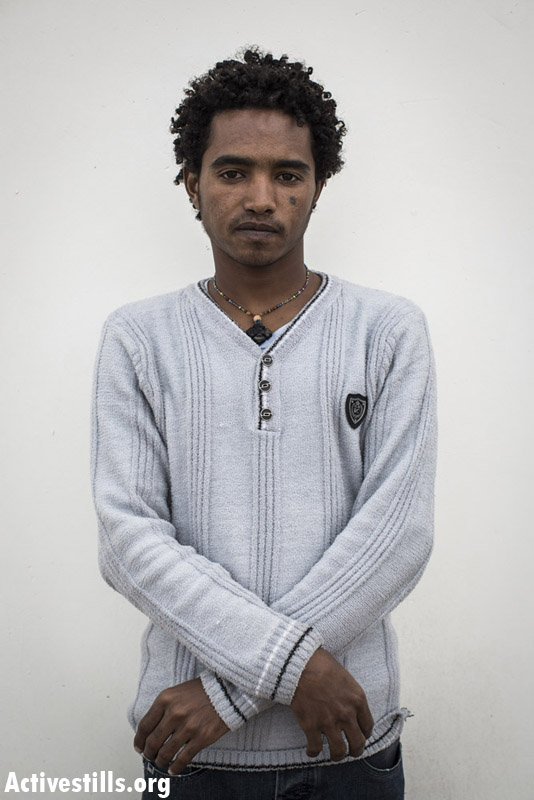 Related:
‘This is not a life’: A journey to Israel’s ‘open’ detention center
Refugees: The dark side of Israel’s economy
150 imprisoned African asylum seekers start hunger strike