Homophobia in the ultra-Orthodox community is primarily expressed through silence — it simply isn’t discussed. After a haredi man stabbed six people at the Jerusalem Pride Parade, that silence may have been tragically broken. 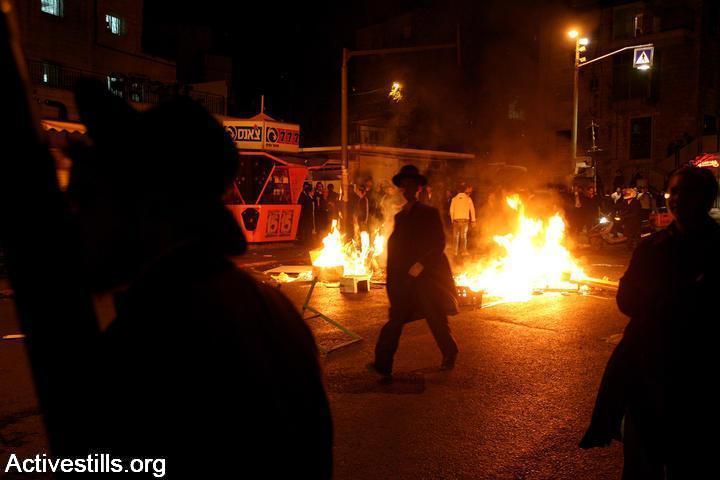 In the summer of 2006 I first learned about gays, lesbians and the LGBT community, concepts that until then, as a 15-year-old haredi (ultra-Orthodox) yeshiva student, I was completely unfamiliar with. The haredi community made a colossal mistake that summer by launching a struggle against the international Pride Parade scheduled to take place in Jerusalem that year. The result was catastrophic for haredis in Israel: within the span of a few weeks, every haredi child learned what LGBT and Pride were, and what it means to come out of the closet. It was possibly Israel’s most successful LGBT campaign ever.

To their credit, within a month the haredis understood their mistake and decreed thunderous silence on the entire issue. The trauma is still seared into the flesh of the haredi community — almost 10 years have passed and the silence still prevails. There is no struggle, there are no condemnations, no campaigns against the LGBT community or its various parades. The reason: there is a deep understanding that struggle begets exposure, and the haredi community will do anything and everything to prevent exposure.

The haredi community in Israel is comprised of nearly 900,000 people, the vast majority of whom live in concentrated and insular neighborhoods and communities. It is characterized as ultra-Orthodox and in the Knesset, Israel’s parliament, it controls both the United Torah Judaism and Shas political parties.

The murder of Shira Banki at the Jerusalem Pride Parade last week was met with astonishment on the haredi street. The last time Yishai Schlissel stabbed people at the same Pride Parade in 2005, the entire story went over the heads of most haredis — haredi news outlets didn’t cover the stabbings and Schlissel was labeled a crazy person. Actually, Israeli society as a whole did the same, and the public discourse did not cast blame on the community from which the stabber came.

This time is different. Maybe it’s the influence of social media on the public agenda, and perhaps it s a reflection of the years since then in which LGBT rights have gone mainstream in Israel (remember that in 2005 even Shimon Peres opposed holding the Pride Parade in Jerusalem) — but when Schlissel launched his murderous attack for the second time, people immediately started pointing fingers at the haredi community. Within an hour four senior rabbis published condemnations and the heads of the haredi political parties denounced Schlissel and the attack. Without a doubt, the haredi community felt stained.

And it didn’t stop there. The chief rabbi of Jerusalem went to visit those victims who survived. Rabbanit Adina Bar-Shalom (daughter of the late Rabbi Ovadia Yosef) paid a condolence visit to the family of the murder victim, and a songwriter from Shas published a protest song, which led to death threats against him.

To be clear, the failure here belongs to the police. Schlissel was released from prison just weeks before the Pride Parade; he gave a media interview in which he declared his intentions, and even published inciting letters in his neighborhood. “Not another murderer has come from the haredi community in 10 years,” haredi public figures keep saying, and yet one cannot ignore the fact that this time, the haredi community’s homophobia has landed the operating table of Israeli society at large. The clearest expression of that was the Israeli police’s outrageous decision to bar anybody wearing a yarmulke from approaching the rally held in the wake of the murder.

Homophobia in the haredi community is primarily expressed through silence — it simply isn’t discussed, for better or for worse. The main result is inward-facing homophobia — LGBT haredis are oppressed, and they suffer in silence and severe isolation. In Israel’s “religious Zionist” movements, on the other hand, the LGBT community is attacked outright with slogans like the “monsters’ parade,” practices like gay conversion therapy, talk of “family values,” and a generally aggressive discourse.

In a telephone interview to a haredi news outlet in the days before murdering Shira Banki, Yishai Schlissel complained that the haredi had community ignored his previous stabbing, that he wasn’t publicly recognized and that his actions didn’t spark a discussion. Unfortunately and tragically, as far as the haredi community is concerned, this time Schlissel succeeded. The silence has been broken.

Eli Bitan is a journalist in the haredi press in Israel, and is a blogger on our Hebrew site, Local Call.