Recent actions taken by the heads of the army, Mossad and the internal security service (Shin Bet) reveal the Israeli security establishment’s unsupervised power, and the way it directs that power at the country’s own citizens and elected officials. 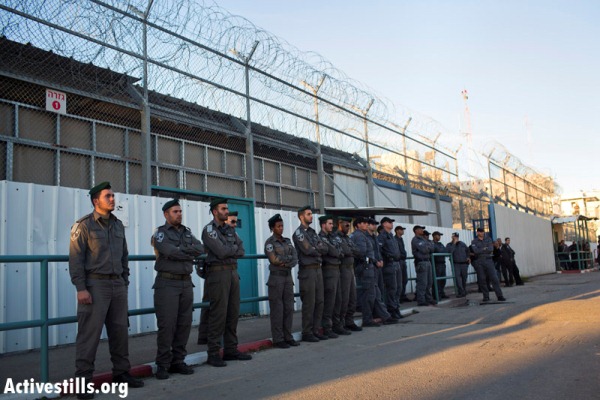 Entrance to Ayalon prison facility, near the city of Ramla, where Ben Zygier was held (photo: Activestills)

These are the main details which have been made public in the affair of Ben Zygier, also known as ‘Prisoner X’: Zygier was probably recruited by the Mossad in the years following his immigration to Israel; the Australian secret service grew suspicious of Zygier after he changed his name and took out new passports four different times; according to the latest reports, Zygier gave the Australians details regarding the identity of Mossad agents and of at least one operation in which he was involved.

Zygier was arrested in Israel upon his return from Australia in 2010. His identity and the details of his arrest and trial were kept secret, but his family was informed. Reports on his arrest in the Israeli press were censored and Knesset members who asked for details about his case were made to believe that he was well taken care of.

After more than nine months in which he was detained in complete isolation, Zygier’s lawyers presented him with a plea bargain carrying a very long prison sentence. At that point, he asked to meet famous human rights attorney Avigdor Feldman, whom he probed about alternative options. The following day, he was found dead in his cell. His death wasn’t reported by the Prison Service through the usual channels, and media stories were censored yet again.

A complete media blackout was maintained until details of the case were published by Australia’s ABC news network last week. I wrote about the censorship effort here. It is worth noting that as more and more details emerge, it is becoming less and less likely that the publication of the Zygier affair will put the lives of Israeli agents in danger today. The whole affair seems more like an attempt to cover up the Mossad’s and – more troubling – legal system’s failures, starting from using friendly countries’ passports for covert operations and all the way to the secret trial, isolation and mysterious events surrounding the prisoner’s death. The last bit is important: “legal sources” spoke to the Israeli media last week, promising that this was a “unique case,” with unique circumstances, which led judges to permit the state to keep him isolated and his identity secret. Yet this one-in-a-million prisoner was not guarded with extra care. Rather, he allowed to die so easily.

But this is just the tip of the iceberg — the common-sense part of the issue. The heart of the matter lies with the security establishment’s special status in Israel, and with the liberties the heads of the security agencies take. 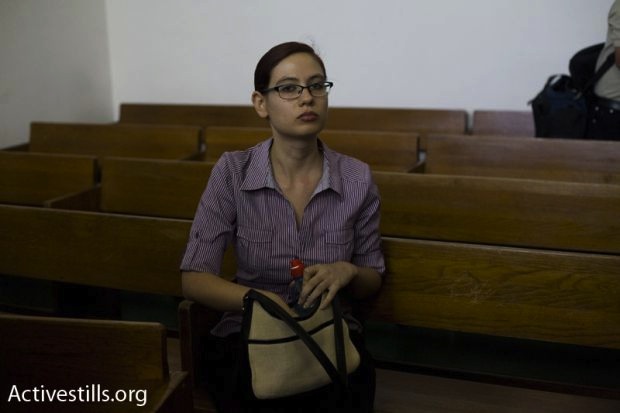 Here are a few other famous cases that occurred around that time period (2010).

In December 2009, shortly before Ben Zygier was arrested, former soldier Anat Kamm was arrested and later secretly put under house arrest. Kamm was found to be the source that leaked 2,000 documents from IDF Central Command (the eastern command, not the chief of staff) to Haaretz reporter Uri Blau. Blau used two of those documents in an investigative report suggesting that senior IDF officers, including former Chief of Staff Gabi Ashkenazi, initiated unlawful assassinations of Palestinian militants.

The gag order covering Kamm’s arrest included, as usual, a clause banning publication of the gag order itself. Only after details of the arrest were made public outside the country was the gag order lifted. Kamm was put on trial, and she is now serving a 4.5 year-prison sentence.

Reporter Uri Blau moved to London to avoid imprisonment. He later returned and despite an agreement reached between Haaretz and the Internal Security Service (Shin Bet), was put on trial for obtaining secret documents. Blau is now serving a four-month community service sentence.

The Kamm investigation was carried out by the Internal Security Service, which was led at the time by Yuval Diskin. There is also reason to believe that Diskin, a friend of then-Mossad chief Meir Dagan, was involved in the arrest and secret imprisonment of Zygier, since it took place on Israeli soil. The two of them were also close political allies of IDF chief of staff Gabi Ashkenazi.

Writing about the Diskin-Dagan-Ashkenazi connection, Makor Rishon journalists Amnon Lord and Haaretz‘s Amir Oren bring up another affair from 2010: the Shabak decided to revoke National Security Advisor Uzi Arad’s security clearance, which led to his resignation from the Prime Minister’s Office. Arad was accused of leaking information but was later cleared; he never regained his position. At the time, Arad was among the most vocal supporters of an attack on Iran, and a known rival of the Dagan-Diskin-Ashkenazi trio.

It doesn’t end there. In August 2010, Israel’s Channel 2 revealed a document supposedly written in the office of Defense Minister Ehud Barak – Chief of Staff Ashkenazi’s main political rival – discussing ways to promote the image of a general Barak backed, and to destroy the credibility of his rivals. But the document was forged and the subsequent investigation into the leak led directly to many of Ashkenazi’s proxies in the army’s high command. Tamir Pardo, the current Mossad chief, was also consulted by the team of generals who executed the plot against Barak. In the background of this story was a mixture of personal rivalries in the security elite and a dispute over national security policy, mainly regarding the Iranian issue.

The Israeli press has hinted at the existence of more stories from this period in which the Ashkenazi-Dagan-Diskin trio exercised power in ways that extended beyond the mandates of their organizations, to say the least. Naturally, discussing some of their actions is problematic due to the work of the military censor, which might not directly cover their tracks for them, but tends to be more active when the secret services are involved.

Yet even those details that were made public are troubling, to say the least. It could be summed up like this: around the same time period, the Shin Bet and Mossad kept two citizens in secret detention (the claim that both Kamm and Zygier agreed to the terms of their arrest, which was brought up by security officials, wouldn’t stand the scrutiny of a first-year law student. Almost any prisoner can be intimidated into giving up his rights, especially when he is so young – Kamm was 23, Zigyier was 34 – and when his arrest is hidden from the public). One of those prisoners died in his cell. This fact was also kept secret; even the Knesset Committee for Secret Services, whose hearings are closed to the media, wasn’t informed.

Around the same time, the Shin Bet got the national security advisor to resign while the army chief of staff, along with other officers, was linked to a plot that was meant to discredit the defense minister. And this is only what we know. 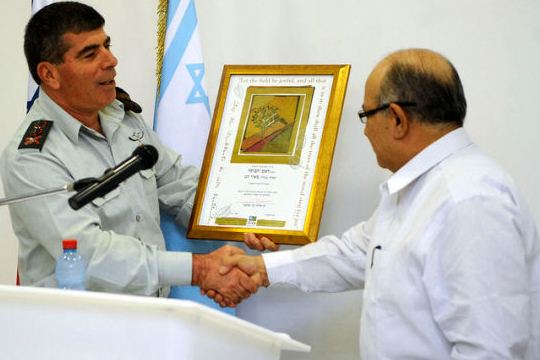 I happen to support the positions of Dagan and Diskin on Iran and I have opposed almost everything Netanyahu and Barak did in the last four years. But the bigger story here has to do with the unchecked power of the security establishment in Israel.

The courts failed miserably in all the above cases, allowing the security services to hide people from the public eye, approving a secret trial and covering up the suicide (?) of a prisoner. All the evidence suggests that Gabi Ashkenazi plotted against his elected political superior, Defense Minister Barak, not to mention the orders he gave regarding the targeted assassinations that were at the heart of Uri Blau’s piece. The prosecution failed to investigate or clarify those issues.

The media failed too. In some cases, it was prevented from properly covering those affairs. Mostly, it was simply played. By the time the true details emerged (all the information in this post is from public sources), the public had long forgotten about the affairs at hand.

More importantly, the media and the public simply didn’t want to know. The aura around the security establishment is so far-reaching that it’s almost impossible to criticize those institutions. You can write almost anything you want about politicians in Israel but only a failed war is considered reason enough to judge the chief of staff, and the security services are almost always right. The effect of the security establishment on policy is immeasurable, to the point that it sometimes operates as a shadow government (add 2010 to the list that includes the Six-Day War and the first weeks of the second Intifada, among other things). Some members of Knesset have called for a formal independent inquiry into the Prisoner X affair. I doubt they will get it.

One final note. Former Mossad head Meir Dagan became an international hero due to his opposition against war with Iran (including an admiring profile in The New Yorker); former Shin Bet chief Yuval Diskin is the star of the film The Gatekeepers, where he assumes the role of the philosopher-in-chief, criticizing Israeli strategy on the Palestinian issue. Ashkenazi, they say, is about to join the Labor Party, and perhaps try and lead the peace camp.

Yet it is not only that these are no men of peace — they seem to lack the most basic respect for democracy, civil rights and freedom of the press that is required in their positions. Their actions make them the problem Israeli society is suffering from, rather than the solution.