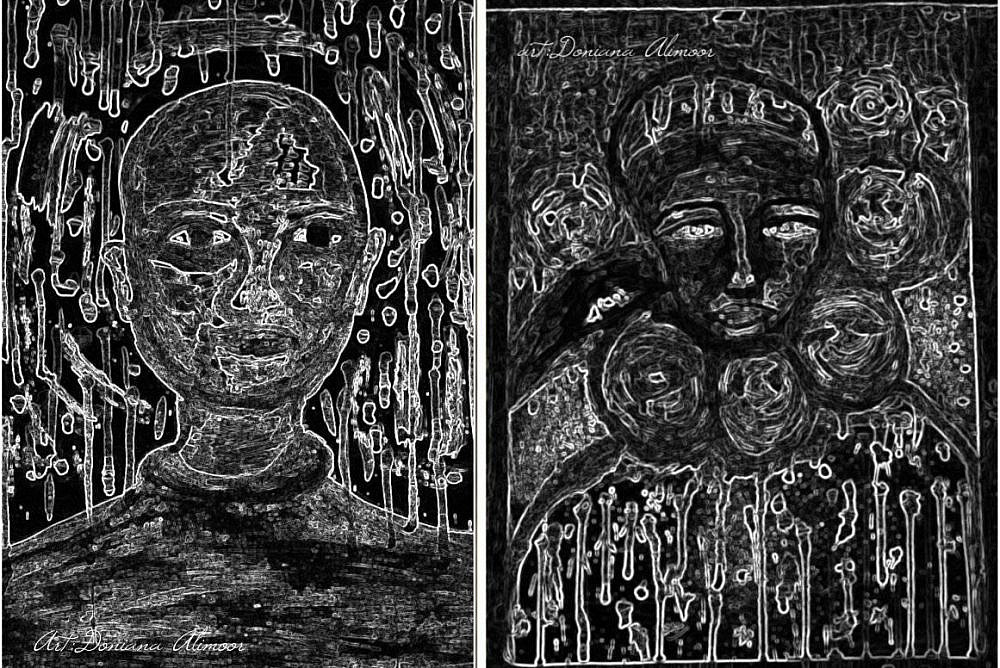 Two of Doniana Al-Imoor's paintings shared from her Facebook page in July 2021. (Courtesy of the Al-Imoor family)

“Be so passionate about your dream that just thinking about it makes you smile.” These are the words pinned to the top of the Facebook profile of Doniana Adnan Al-Imoor, the young Palestinian artist killed by Israeli shelling of her home in Gaza last week.

On August 8, when Israeli tanks began firing at her neighborhood in Khan Younis, a southern governorate of the Gaza Strip, Al-Imoor was painting, trying to escape from the sound of bombings. Minutes later, her body, the paper on which she was painting, and the colors for a design that would never be finished were scattered by an Israeli bomb.

Al-Imoor’s father, Adnan, told +972 Magazine that the whole family was at home when Israel began bombing, and the shell that killed Doniana also injured her siblings. “Israel almost killed all of us — I still can’t believe we survived,” he said.

Al-Imoor believed that the oppressed should never give up fighting for their liberation. According to her father, her artistic mission was “to echo the sound of her occupied people, our stolen land, our erased culture, and our human demands.” For him, “her paintings were the true embodiment of hope,” adding that “she had a very sensitive and empathetic heart.”

Doniana means “our lives” in Arabic. She had a vision for a better life and future, less tragic and fragile, in a free and independent Palestine, where she dreamed of becoming a successful artist. Clinging to this hope, she helped her family to have a more optimistic outlook on life, no matter the difficulties they faced and how much her parents struggled to raise nine kids in an already ravaged Gaza Strip.

Endearing, fascinating, yet “very simple” per her viewpoint, Al-Imoor’s paintings resembled the steadfastness of Palestine up against the indisputable power of the Israeli military, and the yearning over many long years to live in freedom. 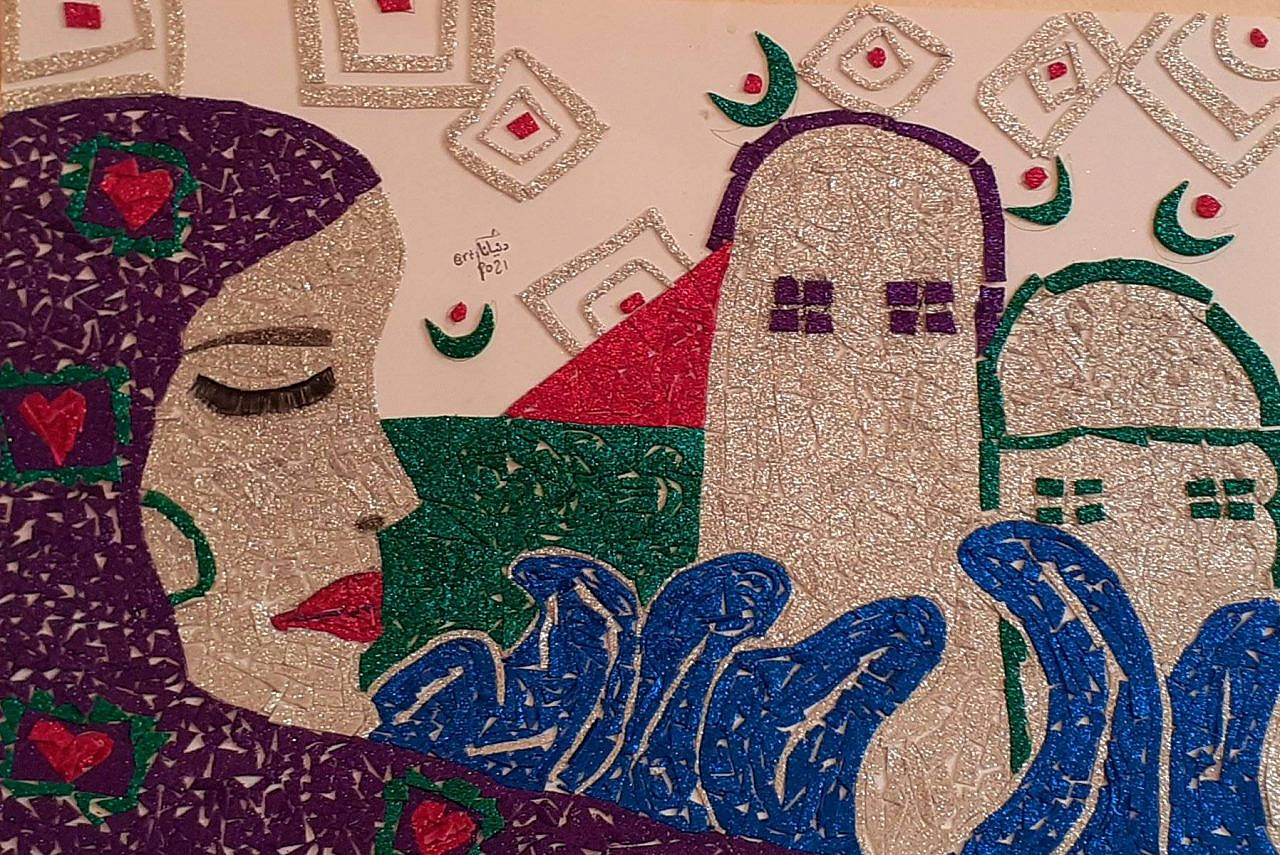 ‘She carved her dreams on these paintings before Israel killed her’

22-year-old Al-Imoor was one of two million Palestinians in Gaza enduring the hardship imposed by an inhuman blockade on land, air, and sea. A refugee, her family was expelled in 1948 from Bir al-Saba’ (today Be’er Sheva, a city in southern Israel), once known for the beauty of its rural life, and to which her family and thousands more like them are forbidden from returning.

Not only does the hermetic siege on Gaza prevent the entry of sufficient amounts of essential goods like food and fuel, it also deprives young people — who comprise the majority of the strip’s population — of the supplies that most children around the world enjoy for their entertainment and development. But despite these restrictions, and using only a pack of crayons, a feather paintbrush, and a painting board, Al-Imoor demonstrated artistic talent from an early age which her cousin described to +972 as a “fine collection of hope and brilliance that is extraordinary for a child to possess.”

In the Faculty of Fine Arts at Gaza’s Al-Aqsa University, the young artist was well-known by her professors and classmates alike. One of Al-Imoor’s teachers told her father that she had been “an inspiration to all of us — friends and teachers — and a beacon of talent and academic distinction.”

Her father, still struggling to speak about her in the past tense, describes how Al-Imoor “dreamed of her graduation ceremony day and night,” but was forced to postpone it this year due to the economic conditions in Gaza. “She worked hard for three and a half years to stand on the graduation ceremony stage and make us feel proud of her,” he said. 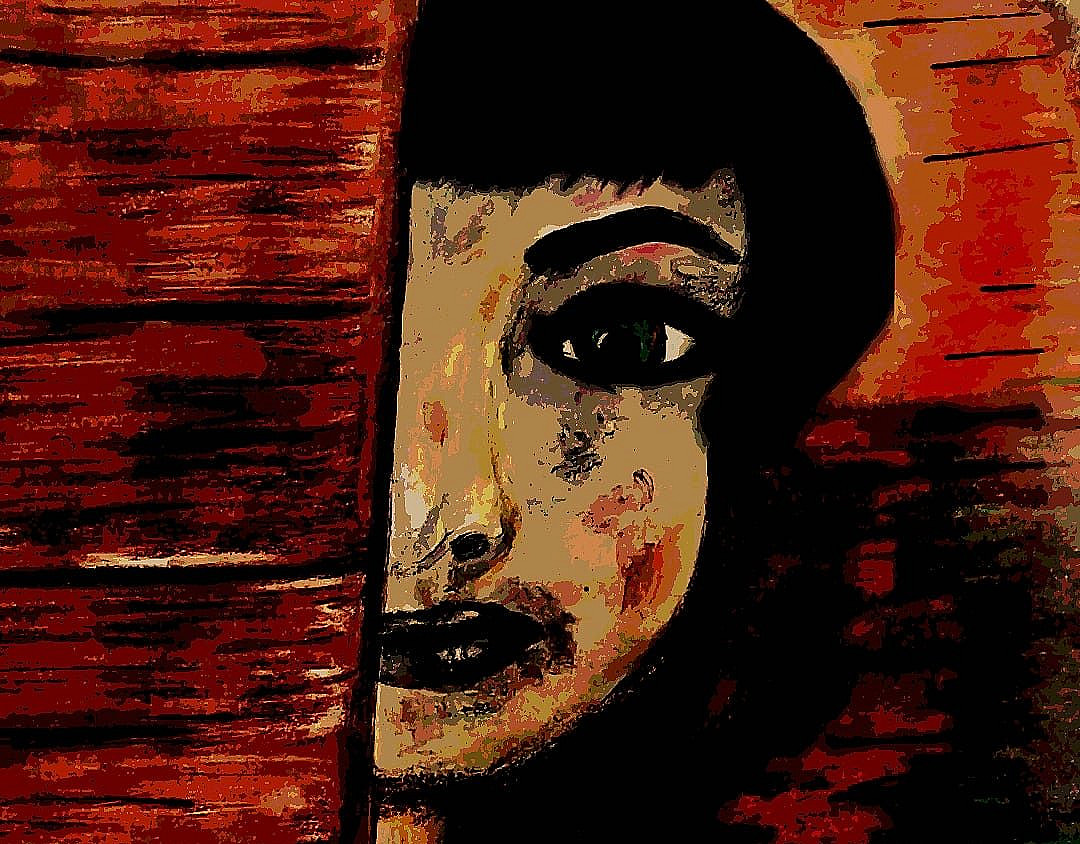 On Facebook, where she showcased her work, Al-Imoor captioned a post a few months ago with a quote: “For me, I’m not doing anything spectacular, but I am trying, amidst this isolation, to make life bearable.” The Israeli artillery and air raids on her home last week stripped even that from her.

Muath Al-Imoor grieved the loss of his cousin on Facebook after she was pronounced dead. “My late cousin Doniana carved her dreams and ambitions on these paintings before the Israeli occupation killed her,” he wrote. Muath told +972 that “her favorite color was black. And it dominated her paintings because of the inner tragedy from which she was suffering, for her people and home.”

Despite her young age, Al-Imoor had already earned the trust and admiration of other artists and institutes in Gaza. The Iwan Literature Institute for Culture and Arts, which handled the publication of Alimoor’s paintings, said after her death: “All possibilities and ideas were put forward to produce a new painting, but the tank that was standing near had a different evil opinion…A brutal shell killed the girl, and turned her into a picture hanging in the chest of memory.”

For one of her paintings that featured the disappointment of a person’s face half hidden behind a wall, Al-Imoor wrote a caption that simply read: “Waiting.” She used the same word for many of the paintings she produced since the Israeli attack on Gaza in May 2021. Now that she is gone, cruelly killed, she is no longer waiting for or dreaming of a better life, but leaves behind a legacy of persistence and hope, which her loved ones must reconcile with the sadness that heartbreak manifests.

A collection of Doniana Al-Imoor’s paintings can be found here.

Mohammed Rafik Mhawesh is a Palestinian journalist and writer, based in Gaza. He is a contributor to the book ‘A Land With A People - Palestinians and Jews Confront Zionism’ (Monthly Review Press Publication, 2021).