Israel’s new ambassador to the UN, Ron Prosor, gave a fumbling interview to Haaretz, illustrating the panic growing in Israeli diplomatic circles ahead of September. The vote won’t bring the Palestinians a state – but rules of the game have plainly already changed, before the vote even happened. 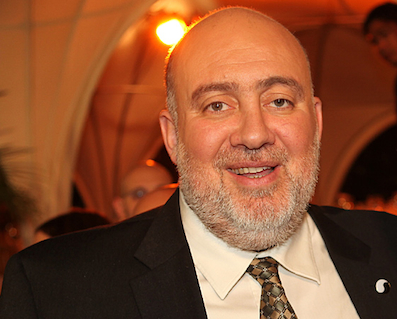 The summer will be spent largely aligning pieces for the big September showdown at the UN. Luckily for the Palestinians and supporters of Palestinian statehood, the Israel effort to stop the General Assembly will be spearheaded by Ron Prosor. For those of you who haven’t had the guilty pleasure of following Prosor’s tenure as Israel’s ambassador to the UK, today’s Haaretz interview is a good opportunity to make an acquaintance.

The good thing about  civil servants like Prosor is that they so fiercely loyal they rarely take the time to step back and take a critical look at the contradictions assailing their side of any conflict. Instead, they simply plough on through everything they’ve heard said in briefings and consultations. The result is a little like accidentally tuning into the radio communications of an army on the run. (Note that I’m using the Hebrew original of the interview, not the corrected and somewhat polished English translation).

Did you hear the word “September” a lot today?

“I don’t have to hear it from others – from our perspective, September now stands in the middle of our mission’s work. It’s really my first day here, with going around the UN, the first meetings, and basically, the unilateral recognition of the Palestinian state is quite a challenge. But I believe that the chance of this act succeeding very small – it will only push things back and not forward.”

Either you believe September is the main thing going right now, and is “quite a challenge”, or you think it’s chances of succeeding are very small. You can’t put up a brave and a terrified face at the same time, it’ll make people think you’re panicking – which surely cannot be the case.

Isn’t there an automatic majority against Israel?

“The fact that there is an automatic majority is a matter of math – you don’t need a PhD in math for this. One can see it at the Human Rights Council and other forums. But there is still what I call the moral minority of countries, and I believe that with the right work, we can convince them in favor of something that can be useful.”

This teaches us two things: One, that Israel has finally come to terms with its looming defeat at the UN and is now trying hard to rebrand the handful of countries that will vote to support its ongoing occupation of the Palestinian territories and procrastinating “negotiations” as the “moral minority.” Well, that’s very nice, but in macro politics of this kind the only thing that matters is that you are in a minority. It can be a moral minority, amoral minority, pineapple-lemongrass-and-lime minority or a minority in a chequered suit with a cane and a bow-tie that makes for more than a passing resemblance to a disoriented Fred Astaire; it’s still a minority, and you’re still losing the crucial vote. Two, this shows us Israel appears to have nothing whatsoever to do with that minority other than to moralise: Why do you working so hard to secure that moral minority? “To convince them in favor of something that can be useful.” Like what? Weeding the garden? Buying a long-term stock of Tupperware?

There are other gems in the interview – like Prosor candidly stating that “the processes of delegitimization and demonization are our top priority”, without specifying who’s demonising and deligitimizing whom. But here is the crucial bit, as far as I’m concerned:

We’ve heard already terms such as “diplomatic tsunami” from Defense Minister Ehud Barak. Do you see the situation in such dramatic terms?

“It’s the matter of character. There is certainly an attempt to change the rules of the game. “

I myself have a very resigned view on September – in terms of actual changes on the ground, it will not end the occupation, will not bring about a two-state solution, and might – might – spark a new round of violence (although chances for that now appear to be smaller than they did a few months ago). But there’s one thing I have to hand it to the September camp. If the Israeli defeat at the UN is spoken about as if it’s already happen, if the US declines to act forcefully in any way to prevent it (it might veto, which won’t change that much – the vote is all about a show of solidarity, and the US veto will not cancel out the image of most of the world supporting a Palestinian state); if Israel is now reduced to going around begging to fourth-size players like Bolgaria and to rebranding its own defeat as “moral” – then this is certainly no longer “an attempt to change the rules of the game.” It’s a successful turning of the tables that already happened. The rules of the game for Israel on the diplomatic and public diplomacy arena have already changed, and September will merely make it official.