MK David Rotem unabashedly stopped a vote that would apply Israel’s freedom of information act to the World Zionist Organization’s (WZO) “Settlement Division,” an extra-governmental organization that receives 100 percent of its budget from the State of Israel and is responsible for much of the settlement building in the West Bank.

Why would he do such a thing? When asked by opposition MKs Zehava Galon and Ahmed Tibi, the chairman of the Knesset’s Constitution, Law and Justice Committee made no effort to hide his agenda:

“I want to stop you from getting information to use in [petitions to the High Court] aimed at preventing building in Judea and Samaria (the West Bank),” Rotem said. 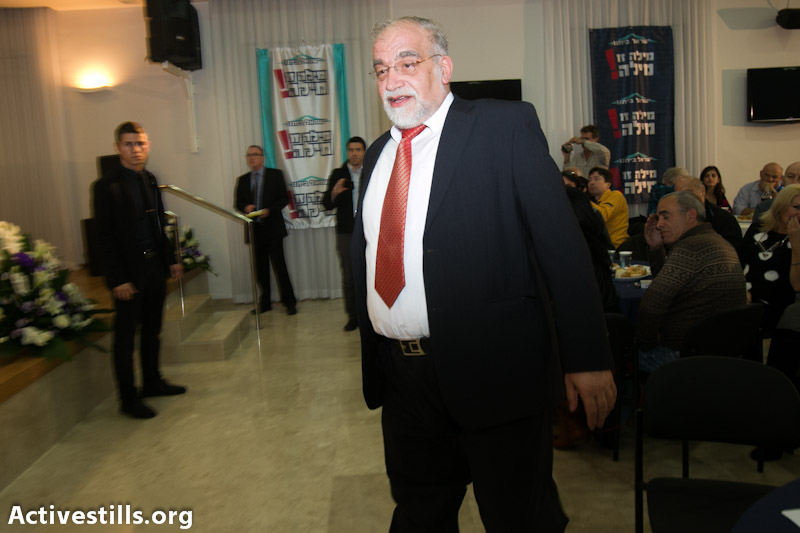 MK Elazar Stern, of Tzipi Livni’s Hatnuah party, a member of Netanyahu’s coalition, responded, “I support [settlement] building but what do I have to hide? I’m not ashamed of what I do. What is this lack of transparency?”

“You’re turning the [Settlement] Division (of the WZO) into a [body] suspected of theft and lies. Why be afraid of criticism? Your behavior proves that un-Kosher things are going on there,” Stern continued.

As noted by human rights NGO Yesh Din, the last time a vote was brought to apply the freedom of information act to the Settlement Division, “it was thwarted with the oldest trick in the book — the vote took place with only two committee members in the room.”

(Read the Hebrew text of the Knesset’s press release here, and watch a video of the committee meeting here.)