facebook twitter email link
Five weeks after seeing the demonstrations in Madrid, Hagai El-Ad is filled with hope that the passion is finally coming to Israel
By Hagai El-Ad
The people were ecstatic. The energy was left. The air – and the crowds – were hot. It was one of the most uplifting demonstrations I’ve ever participated in. And, it was quite clear: it could never happen here in Israel.

Five weeks ago in Madrid, my vacation there happened to run into one of those demonstrations. So powerful, energetic and passionate, one simply couldn’t walk away. Only one thought, though, clouded the spirit: the sense of how demonstrations in Israel are so different, so dispirited. How long will it take, if ever, for something like that to happen here? 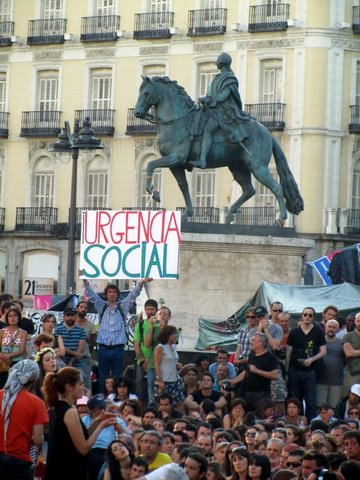 Yes, the messages on the signs echoed each other: from “politica economica al servicio del pueblo, no al del mercado” (“economic policy to serve the people, not the market”) to the Hebrew “anashim li’fney re’vahim” (“people before profits”), from “urgencia social” five weeks ago to Saturday’s “state of emergency” – and, for a change, not in the usual Israeli sense of security emergency, as is legally declared here for decades on. But what echoed was much deeper than the words, it was the passion, the energy. Not just the lyrics, but the music itself. 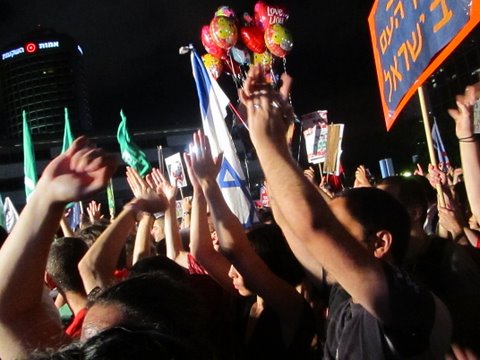 I do not know where the recent demonstration will lead to. It was spectacular, but left many questions lingering. There was not a single mention of the occupation, nor a single non-Jewish speaker. Seeing as how so much of the socioeconomic gaps are concentrated among Arab citizens: from health services to housing, from education to employment, from infrastructure to social services, these issues should be dealt with. If the leaders of Saturday’s rally are true to their stated vision, they will have to show how sincerely everyone is part of their future of dignity, equality and social justice.

And yet, now, the lyrics of the rally remain strong: protest is the basis for hope; we desire a future that will not only support basic living, but also the possibility of writing poetry; to dream. I listened to the lyrics, and heard the music, and smiled.