How is this Palestinian Authority UN statehood bid different from last year’s? What’s an observer state? What does it mean for Oslo, or for the settlements? The Association for Civil Rights in Israel has the answers. 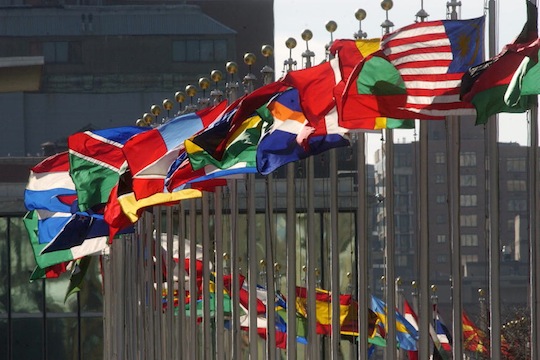 The Chairman of the Palestinian Authority, Mahmoud Abbas, recently announced that on 29 November [today] he intends to turn to the United Nations General Assembly, requesting to upgrade the Palestinian Authority’s status in the UN from an “observer entity” to a “non-member observer state.” This initiative follows the Palestinian bid to the UN Security Council in September 2011, asking to admit Palestine to the UN as a state – a request that was not yet discussed by the Council.

As in the previous bid, this, too, is a political move intended to increase and enhance international recognition of a Palestinian state within the 1967 ceasefire borders. This move raises many questions regarding its potential implications, in general, and on the state of human rights in the region, in particular. As a human rights organization, ACRI does not take a position on peace-process policy questions. However, since the political changes in the region may have significant implications with regards to specific human rights questions, we tried to outline some of the expected impacts on human rights issues in this context. To read a similar briefing published by ACRI ahead of the previous Palestinian UN bid in September 2011, click here.

1. How is the current initiative different from the previous one?

In September 2011, the Palestinian Authority requested the UN Security Council to admit Palestine to the UN as a state. Turning from an entity into a “state” is not a result of a UN membership nor is it conditioned upon it. However, being admitted to the UN means gaining wide international acknowledgement of the existence of a Palestinian state. According to Article 4(2) of the UN Charter, in order to be admitted as a UN Member State, the request must be supported by the Security Council, where each of the permanent members has veto rights, as well as to win a two-thirds majority in the General Assembly vote. As noted above, this request was not yet discussed by the Council and is not likely to pass the veto obstacle. Therefore, the Palestinian Authority decided to turn to the alternative channel of upgrading its status in the General Assembly. A Security Council decision is not required in order to receive the status of a “non-member observer state” – only the support of the UN General Assembly. This move does not grant UN membership status, but it does serve the purpose of gaining wide international recognition.

2. What is the meaning of being upgraded in the UN to the status of an “observer state”?

The “observer state” status is not anchored in the UN Charter; rather, it is based on previous UN decisions. Currently, only the Vatican enjoys this status. In the past, states were allowed to become a party to international conventions, including conventions on human rights. An observer state is also permitted to become a party to international organizations and to hold hearings before the International Court of Justice in The Hague (ICJ), and its status with the International Criminal Court (ICC) might also change.

3. Would the current UN initiative change Israel’s status in the West Bank and in the Gaza Strip? How about an Israeli recognition of a Palestinian state in temporary borders (Areas A and B)?

Following the Oslo Accords, many Israelis share the view that Israel is no longer responsible for the West Bank and Gaza. However, de facto Israel today still has control over the West Bank as well as over certain aspects of life in Gaza.

The recognition of a Palestinian state by the UN, or an Israeli recognition of Areas A and B as a state, will have no bearing on Israel’s standing as an occupying power according to international law. “Occupation” is a legal definition that applies to territories in which a foreign military force is able to exercise complete or partial military control and civil-administrative control over the infrastructure and daily lives of the local residents. The laws of occupation oblige the occupying power with regards to responsibility to the civilians in the territory under its control. Occupation is not a function of a permanent military presence, but of the ability to effectively control the territory. This legal definition does not differentiate between the occupation of a territory recognized as a state and a territory that is not recognized as such, and therefore the legal status of the territory is irrelevant and as long as Israel has effective control over these territories it will continue to be considered an occupying power.

As for the Gaza Strip, the official Israeli position is that since this disengagement, the Israeli occupation of Gaza has ended. However, many in the international community reject this stance and maintain that the laws of occupation still apply and obligate Israel in matters that are still under its control. It is possible that that the recognition of a sovereign Palestinian state could lead to a re-examination of the international position regarding the status of the Gaza Strip.

4. Would this initiative have an effect on the validity of the Oslo Accords?

A Palestinian initiative to achieve recognition as an observer state is a unilateral measure that contravenes these accords and opens the door to a declaration of their non-validity or revocation. However, the absolute revocation of the Oslo Accords is not a necessary outcome. In the past, despite repeated violations of the Interim Agreement, neither party to it has announced their revocation. The question of the validity of the agreements and maintaining their frameworks is now, as before, subject to the decisions and the de facto actions of both sides.

5. What are the implications of this move on the Palestinian state’s responsibility for human rights violations?

6. Would this move lead to the involvement of new international enforcement mechanisms?

International Court of Justice in The Hague (ICJ) – The ICJ addresses the responsibility of states, not of individuals. It is the leading and most important international judicial body. Both sides must agree that a dispute be brought before it.

7. What are the implications of this initiative on Israeli settlements?

If the Palestinian state would become a party to the International Criminal Court, the issue of Israeli settlements could become an issue of international criminal law. This, under the article in the Statute of the Court stating that the transfer, whether direct or indirect, of the population of the occupying power into occupied territory constitutes a war crime. This could potentially open the door to the prosecution of Israelis responsible for establishing or expanding settlements.

8. What are the implications of this move on the Palestinian state’s responsibility to prevent terrorism and threats?

Should the Palestinian state be recognized, this would enhance its responsibility to prevent terror and threats coming from its territory. This depends, of course, on the extent of control it has and the means available to it, since there is no responsibility without authority – but there similarly cannot be authority without responsibility. The Palestinian state would be obligated to take the necessary steps to prevent human rights violations by government authorities and official bodies. Thus, arbitrary killing of civilians and the launching of rockets on a civilian population in Israel could be submitted for deliberation both by the relevant UN committees and by the International Criminal Court.

Established in 1972, ACRI is Israel’s oldest and largest human rights organization and the only one dealing with the entire spectrum of rights and civil liberties issues in Israel and the Occupied Territories. This Q&A was originally published on ACRI’s site. Read more about ACRI here and follow ACRI on Twitter and Facebook.