The state’s meek attempt to detain two prominent rabbis who’ve been evading police summons for weeks only underscores how helpless the state has become before the decentralised rabbinical church. 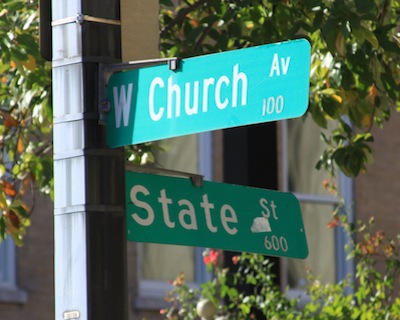 This morning, police briefly detained prominent rabbi Yaakov Yossef on suspicion of incitement by virtue of giving his blessing to the notorious King’s Torah tractate, which deals with the permissibility of killing unarmed Gentiels, including children, during conflict . Yossef is the son of Shas spiritual leader and one of the pre-eminent Halachic thinkers of the 20th century, Ovadia Yossef; he is also a former Shas MK and a Jerusalem municipal council member, and heads a prominent yeshiva. He was ambushed in a complex operation by the National Fraud and Serious Crime Investigation Unit of the police as he was traveling in his car, taken to a police station, questioned there most respectfully for under 30 minutes (a fact the police were keen to stress) and asked for fingerprints; he answered no questions and declined to give his prints.

Meanwhile, his students tried to start a riot.  Some tires were set on fire in his home neighbourhood, while a handful of students attempted to block the new Jerusalem light train (which doesn’t yet carry passengers and is set to continue with a careful series of test drives at least until Judgement Day). All this is a faint echo of the riots and uproar caused by last week’s arrest and detention of Kiryat Arba rabbi Dov Lior, who also gave his blessing to King’s Torah; although Lior was detained for less than an hour, main roads were blocked, the home of the deputy attorney general was stormed, and a few days later, the justice minister himself was assaulted during prayer. Lior himself – chief rabbi of the settlement of Kiryat Arba over Hebron – rather comically assured his students a day later that “we have a commitment to all mankind, to lift it up. The people of Israel are never going to take over another people or to take away somebody else’s country.”

Freedom of speech is a fundamental right, but it seems quite reasonable police would be concerned by the publication of a religious tractate legitimising the killing of civilians – considering the book is aimed at a public which automatically puts the authority of clerics over the authority of the secular state.

But the rabbis were detained not so much for their role in the book, as in for refusing to show up for questioning.  And what’s really disconcerting is how uncharacteristically meek the police went about its business: Both rabbis were detained only after ignoring summons for weeks on end. Yaakov Yossef, specifically, rubbed the state’s face in the mud after showing up and mingling with top police officers at the inauguration of the new Jerusalem District commander, Nisso Shaham, even as he was wanted for questioning; Shaham, incidentally, is reported by Maariv to be “close” to the rabbi. Netanyahu would not criticise either rabbi, limiting his statements to a mumble how everyone is equal before the law (not), and left the embattled deputy attorney general high and dry, not offering him even a word of support. Today’s the outrage over Yossef’s half-hour detention of the rabbi was carried mainly by right-wing MKs;  Nissim Ze’ev (Shas), arguably the Knesset’s no.1 homophobe and misogynist, decried this attack on the freedom of speech and denied either the rabbis or the book had anything to do with intolerance. The only public figure of any serious power to criticise Yossef himself was his own father, Rabbi Ovadia, who said his son was a”fool” for not going to police when they asked him to.

All of which can’t help but make me think that the roll back has now gone past deconstructing the welfare state and returning to the early 20th century, and is now galloping joyfully down to the early renaissance/late Middle Ages, when semi-secular state rulers tussled for power with the clergy, and when cardinals had their own retinue of armed and unarmed supporters to secure their very literal invincibility over worldly institutions. If the state actually wanted to assert itself as supreme to the decentralised rabbinical church, it should have acted considerably more decisively in this affair and in countless other similar clashes. But Israel is becoming more religious year by year, and it’s likely the best and the worst decisions here in the coming decades will be made by people of faith. It could be argued that the state is trying to tactfully send a signal to the rabbis that they’re not above the law; but frankly, the kid-gloved attempt at enforcing secular law on religious leaders look more like an attempt to go down swinging.  So far, the only noticeable effect of the detentions is to the rabbis’ stance as superior to law, and to hand them an overhyped and amplified halo of martyrdom – without gaining any more clout for secular authority.