An attack on a television news crew indicates that the violence of the far right has reached the heart of Israeli cities.

A television crew from Israel’s Channel 2 was attacked on Thursday evening by onlookers while covering a stabbing attack in the northern city of Afula. The reporter, Furat Nasser, is an Arab citizen, while the camera and sound man were Jewish. The men who surrounded them shoved and struck the sound man, who was later hospitalized. In the video men in the crowd can be heard cursing the police, the press, and Arabs. Channel 2 anchor Yonit Levy was visibly shaken as she spoke with Nasser; top media executives immediately condemned the incident.

But the attack did not happen in a vacuum. In just the few minutes of violence, several troubling currents in Israeli society clashed.

First, one of the people in the crowd shouts, “the police are shit,” as the shoving begins. The scuffling goes on and another one aims his words at Nasser – “Arab asshole.” Just before the end of the clip, another one says “take your cameras and leave – you guys coming in to film us – leave.”

In the emotional aftermath of a stabbing attack, why is the anger being pointed at the police? The Israeli right has long nurtured the perception that Israeli authorities are too lenient on Palestinians and do not sufficiently protect Jews – the towering example was the assassination Yitzhak Rabin. But the attitude is usually associated with radical fringes and extremist settlers. The far-right organization “Honenu,” which provides legal representation to Jews detained for violence against Palestinians, has a series of cartoon illustrations on its website; three of them are incendiary attacks on the police. 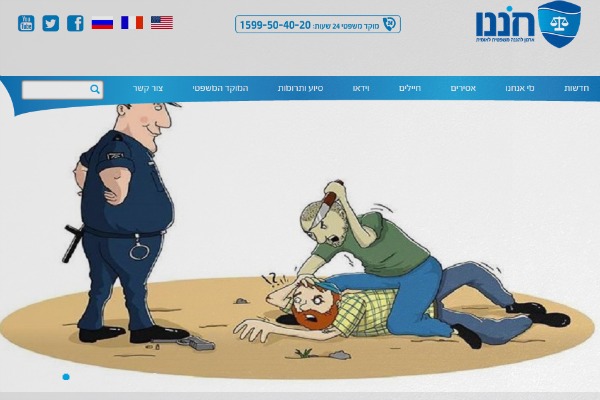 The Channel 2 attack indicates that far-right suspicions of the police are not limited to settlers, but have reached the heart of Israeli cities.

Similarly, the right in Israel has long held that the entire media has a left-wing bias. They view the liberal daily newspaper Haaretz as no different from the top-viewed television station Channel 2, which is geared at the most mainstream of Israeli viewers.

I have spoken to mainstream centrist and center-right Israelis who take it as a point of fact that the media is left-wing. What that means to these Israelis is that the press portrays religious Jews poorly. The media hates settlers and portrays them all as terrorists, troublemakers, extremists. Religious Jews and settlers are responsible for all that is wrong in society. The press sees Palestinians as the underdog.

The greatest resentment is reserved for the international press, on which there is practically a consensus of anti-Israel bias. The sense of being maligned in the international media therefore unifies rather than divides Israeli Jews.

Physical manifestations of that anger occur routinely. Just a couple of weeks ago, soldiers destroyed the equipment of Italian and Palestinian photographers in the West Bank. A few months earlier, there was a similar attack on journalists covering West Bank protests. In fact these attacks are fairly routine, but they are generally reported only when caught on film and rarely get any play in the Israeli press.

By contrast to the global media, hating the Israeli press corps is generally limited to the far right. But fringe attitudes are marching steadily towards the rest of the country. When Honenu publishes a cartoon illustrating the press roasting a settler and a soldier on a spit, the impact is apparently far-reaching. 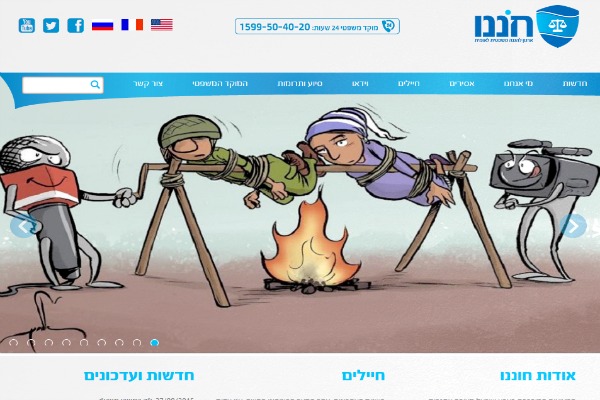 In another Honenu cartoon, journalists are portrayed as headless – instead TV cameras and microphones emerge from their necks. In my interpretation, there is an implicit message that lopping off their heads would reduce the evil they do.

To paraphrase a United States Supreme Court judge, I can’t necessarily define incitement, but I know it when I see it. Honenu may be the extreme right, but it is one of the most commonly cited sources on Arutz 7, a mainstream right news media outlet. The Channel 2 attack no longer looks like an anomaly in this context.

But the racist element of the attack on a young Arab reporter indicates the greatest danger of all: that the political conflict is sliding into all-out ethnic war.

But when ethnic identity becomes the basis for violence among ordinary people rather than specific political claims, things can get even worse. Ethnic conflict is no longer a typical war with institutions – states, armies, or militia groups – fighting organized militants on the other side. Rather, regular people go beyond racist attitudes and undertake vigilante violence against one another. It can be spontaneous, unorganized, individualized, and therefore harder to anticipate and control. It is fed by rumor, revenge cycles, and incitement. Simply belonging to the wrong ethnic group puts one at risk – whether one is a Palestinian combatant in the West Bank or a Palestinian-Israeli journalist inside Israel; whether one is an Israeli soldier actively fighting Palestinians, or a civilian in Kiryat Gat.

Once again, the origin of this slide lies in the margins. The right-wing Israeli press commonly refers to “Arabs” in news report rather than “Palestinians.” That is because the right is unwilling to acknowledge the national identity and the claim to statehood, but also to scramble any indicator of a political grievance behind the violence. Instead the right pins terrorism and violence on “Arabs,” implying, well, anyone who is Arab.

Palestinian rhetoric also frequently targets Jews – that is why there are often attacks on ultra-Orthodox people, who can be clearly identified. Whether one defines “Jewish” as an ethnicity or a religion is less relevant than the consequence – that all Jews become targets. Complicating things, far-right settlers leaders reinforce this by conspicuously using the term “Jewish” as a basis for Israeli political activity. A settler leader said that the “Jewish response” to the murder of a couple in the West Bank is more settlement construction; there are many similar examples.

I’ve often observed that occupation behavior does not stop at the Green Line. It now seems that the boundary between extremism and the mainstream is dissolving altogether.