The first time I “met” Ayala Ben-Naftali was just before I was about to interview Hagai Amir. She posted the following picture on Amir’s wall, apparently a blessing she received before or after a certain celebration – I think it might have been her wedding. 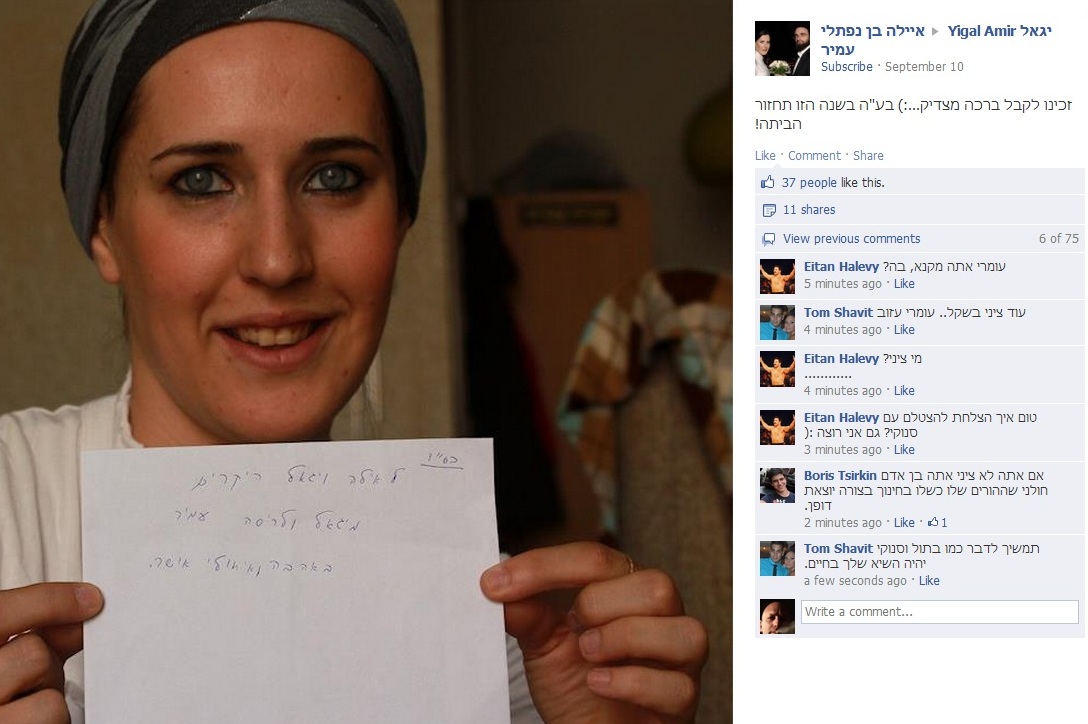 Note reads: “Dear Ayala and Yigal, from Yigal and Larisa Amir. Wishing you love and happiness”

Yigal Amir, Yitzhak Rabin’s assassin, and his wife Larisa. In the caption, Ayala writes: We received a blessing from a righteous man! (smiley face) With God’s help, next year you’ll come back home!”

But yesterday, I met up with Ayala again on Facebook. It was after she posted a four-picture photo album titled “Late night tour of the Tel Aviv Safari,” mainly pictures of Africans. One picture in particular caught a lot of attention, due to the caption she wrote. 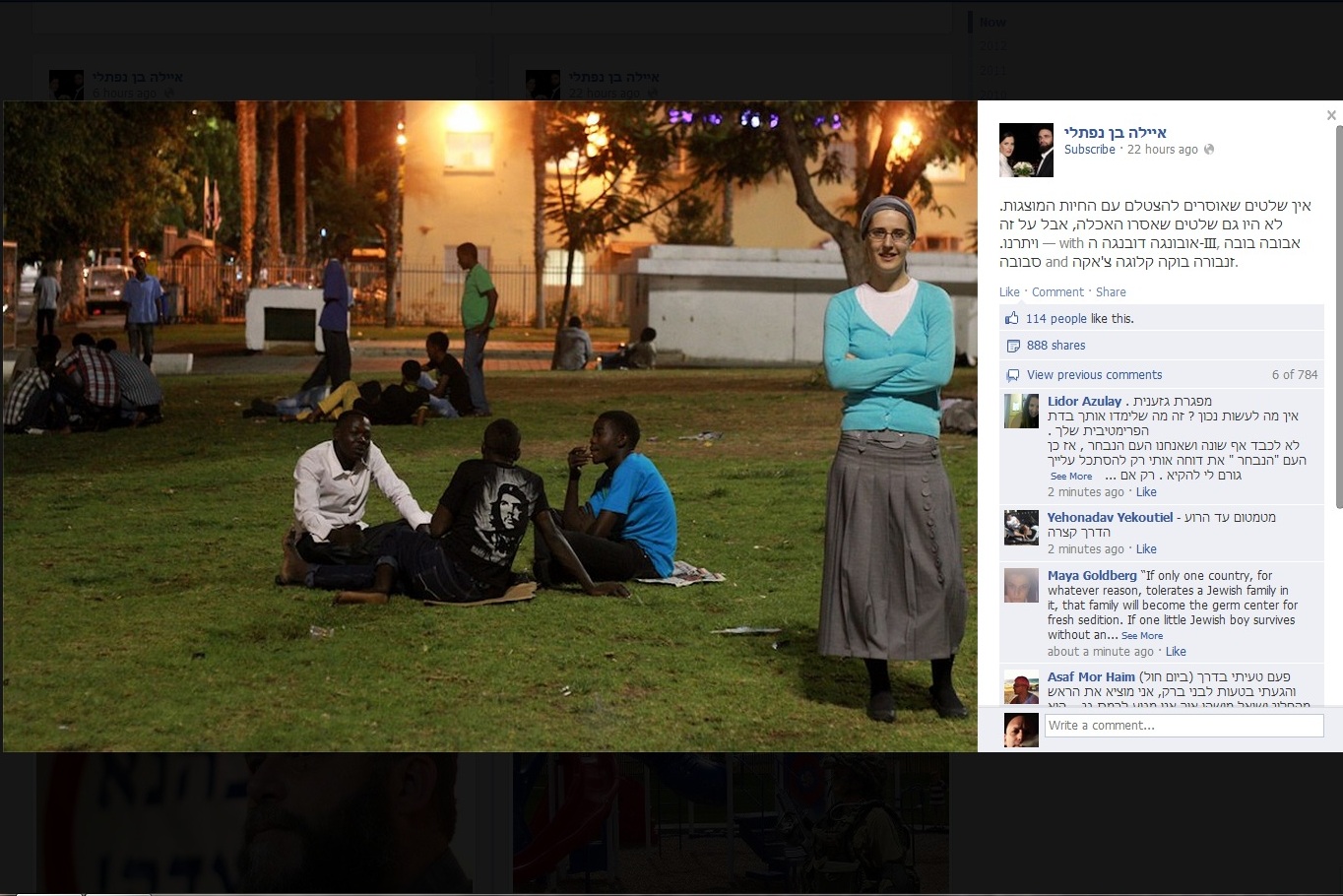 “There are no signs forbidding taking pictures with the animals. There were no signs that forbid feeding, but we passed on that. With Abunga Dabunga the 3rd, Abuba Buba Sabuba and Zanbura Boka Kaluga Chaka.” (photo: screenshot of Ayala Ben-Naftali’s Faceboof page)

I was pleasantly surprised to see a large majority of the comments condemning her remarks. I expected to see the usual racists slurs supporting this kind of venom. Especially on the wall of a woman who has shown support for the racist movement Lehava.

I presume that once racist Knesset Member Michael Ben-Ari (National Union) turns on his computer after Shabbat is out, he’ll give her some “well-deserved” backup.

The fantastic Israeli meme-masters didn’t waste much time on this one. Here are a few: 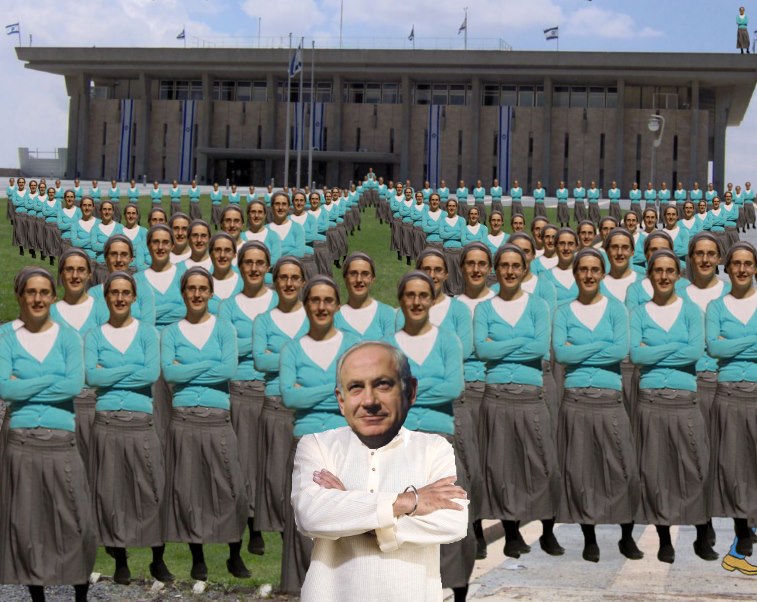 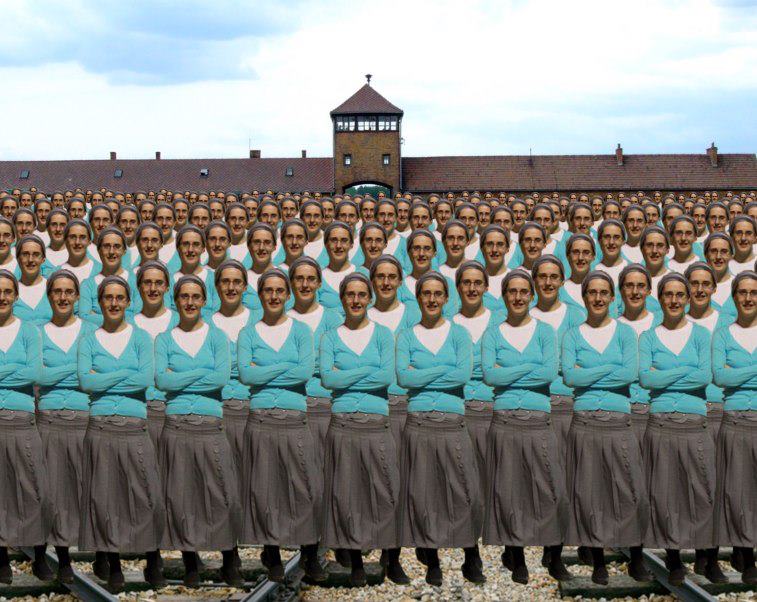 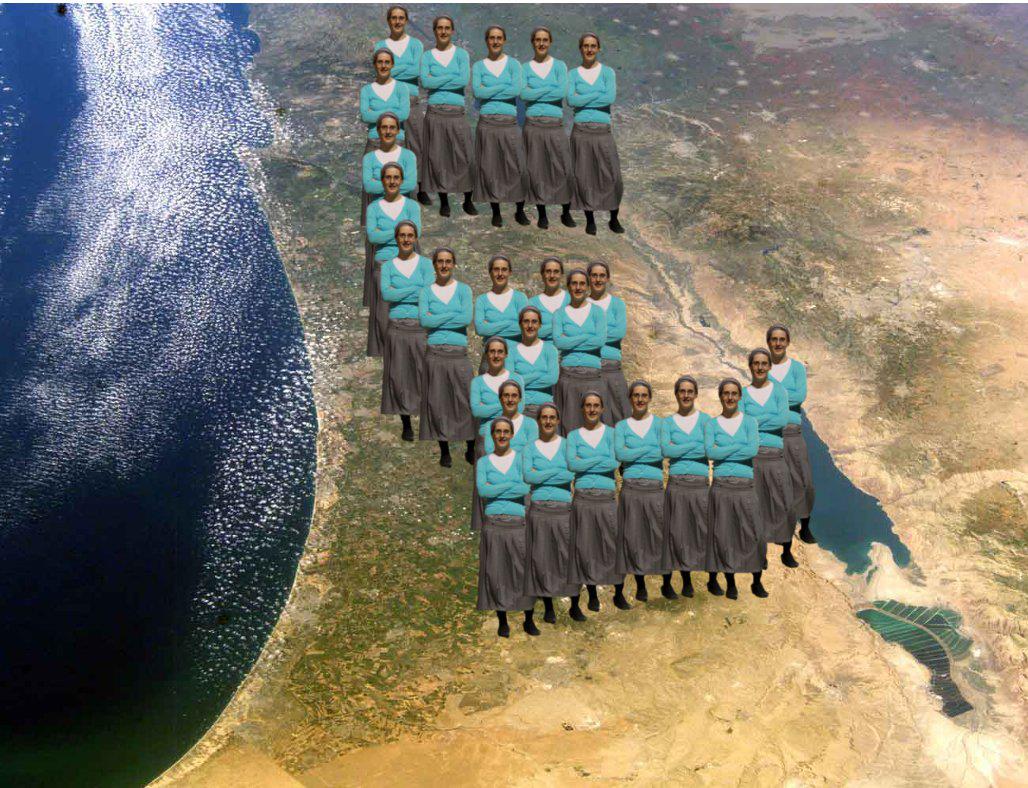 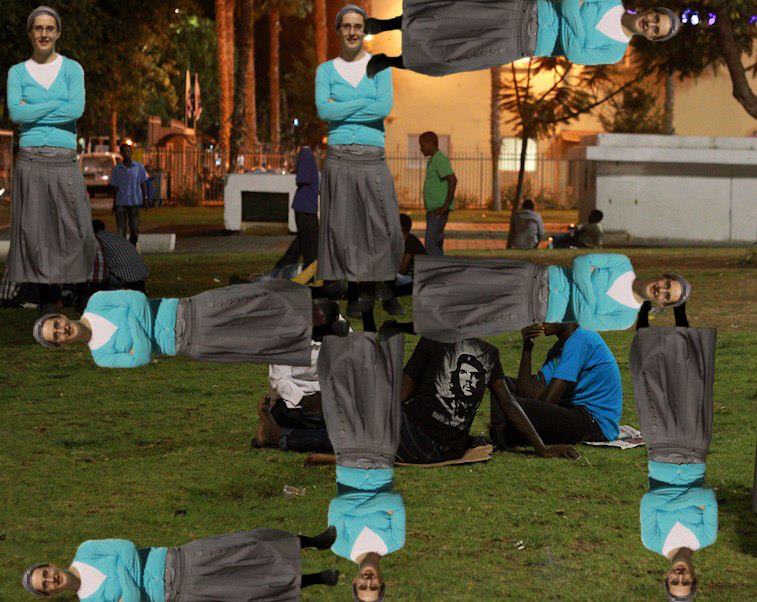 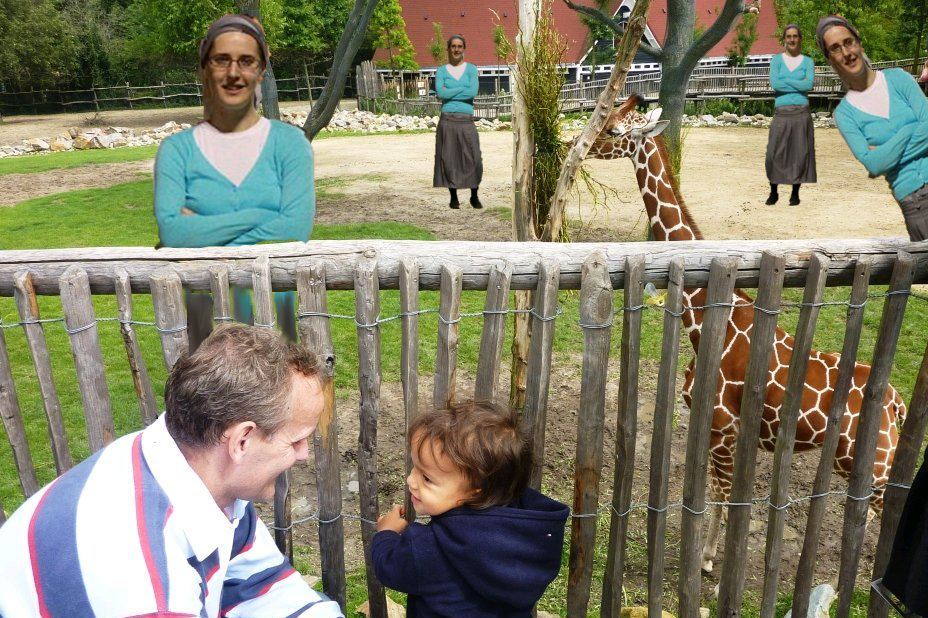 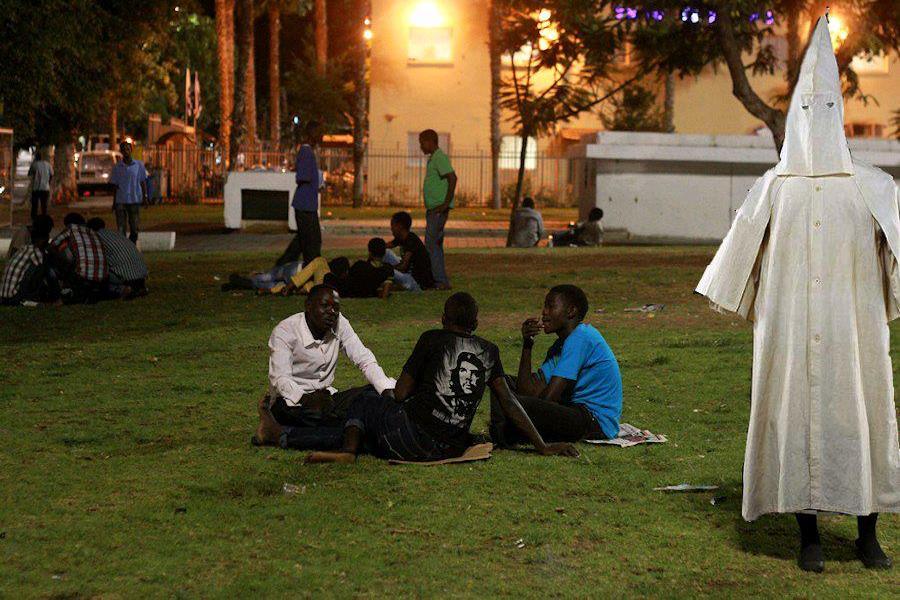