If Israel’s government is concerned with climate change and its consequences, it must focus less on reducing the country’s inconsequential greenhouse gas emissions, and more on preparing for the difficulties ahead.

By Yossi Loss (translated from Hebrew by Maya Naveh) 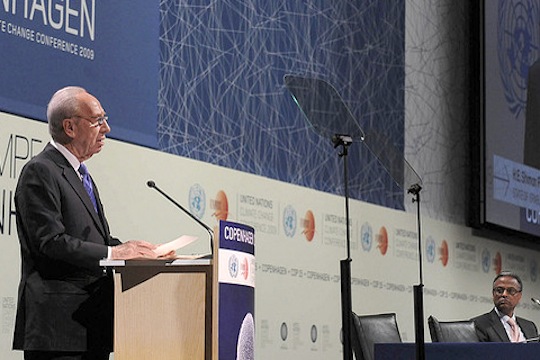 In Israel’s latest budget plan, the item dedicated to reducing greenhouse gas emissions has been cancelled, arousing frustration among the country’s environmental organizations. However, reducing greenhouse gas emissions is not the most urgent problem facing Israelis regarding climate change, and thus, the budget should be directed toward other environmental problems.

Where do things stand in Israel?

In all the publications I have come across, Israel’s contribution to greenhouse gas emissions more or less matches the size of its population, relative to the world. Sometimes I wonder whether these publications take into account the emissions of the Palestinian population under Israeli military control, or whether they only consider citizens of Israel. But let’s put this question aside for a moment. Because of Israel’s size, even if it were to eliminate greenhouse gas emissions entirely, the effect on climate change and the amount of greenhouse gases in the atmosphere would amount to zero. That is why, according to the Kyoto Protocol, Israel isn’t required to reduce emissions at all. Still, President Shimon Peres committed to reducing emissions during the Copenhagen Summit, and was rewarded with generous compliments for doing so.

Think of a small child whose parents are agonizing over huge debts, losing sleep during the night, and not functioning during the day for fear of debt collectors and worries about the future. The sweet, beloved child comes to his parents and gives them a coin he found, which he received for helping an old man cross the street or for selling a toy to another kid. The parents are happy and proud of their little boy, but the debts still gnaw at their hearts and threaten their lives. The child is happy and proud of himself, but nothing has really changed regarding his family’s debts, which are about to wreck their lives and his future.

In his book “Here it Comes,” Dan Rabinowitz explains that as a rule, there are two strategies for facing climate threat: adaptation and reduction. Poor countries are forced to adapt because they have nothing to reduce, and either way, they’ll be the ones bearing the consequences of climate change. Rich countries, on the other hand, must reduce their emissions. Where does Israel stand on this matter? What should guide Israel’s policy regarding climate change? Its self-image as one of the industrialized, Western countries, or its actual ability to bring about change? What can Israel change?

Because Israel’s emissions are negligible, they cannot affect global emission levels. Thus, it would be best if it were to focus solely on adapting to the repercussions of climate change. Of course, one of the major problems will be the difficulty of food production, which will inevitably lead to a rise in food prices, and will impact the disadvantaged communities of Israel. An additional problem caused by climate change is a potential rise in morbidity, which will also mostly affect the disadvantaged. The same can be said regarding a host of problems stemming from climate change.

Therefore, if the Israeli government is concerned with climate change and its consequences for humankind, the most logical outcome would be for us to prepare as a country for the difficulties ahead, and focus less (or not at all) on reducing Israel’s inconsequential emissions. Furthermore, Israel’s civil society should undoubtedly join the effort to pressure Western countries into significantly reducing their emissions. Israeli citizens must demand that their government invest in strengthening the disadvantaged population by ensuring both food security and the ability to make a living. This must be done so that on the day that climate change forces additional communities into poverty and hunger, the country will already be equipped to better face the challenge.

Yossi Loss is the co-editor of Haokets, where this article was first published in Hebrew.