What would happen if Israeli progressives and their supporters demanded an end to the military court system, or called for freedom of movement for Palestinians? The answer: a lot.

The two-state solution has long been transformed from a means (to solving the problem of the occupation) to an end. As I wrote here in the past, this change has had severe consequences as far as the Israeli political opposition is concerned. Those range from a de-facto acceptance of the status quo to a political alliance with the Right and support for all the latest rounds of violence. The excuses are always the same – that we are on the road to the two-state solution and “this is the only game in town.”

The truth is that we aren’t on the road to two states or to one state. We are deep in the status-quo solution. Israel directly controls the lives of some 4 million Palestinians (and indirectly almost two more million in Gaza), and only a minority of them have the rights of full citizens, and even then only formally. The debate over the correct term for this state of affairs (‘occupation’ or ‘apartheid’ or ‘status quo’) is not half as important as recognizing this reality itself, which is stable, institutionalized and not going to change in the foreseeable future.

As a matter of fact, a final status agreement seems as far off as I can remember. The two-state solution is highly unlikely to take place in the coming years, and there is no way of knowing what the more distant future holds. Regional events along with internal developments in Israeli society serve those who oppose an agreement. The occupation empowers those who support it.

The common wisdom in Israel today is that every territory that is evacuated will eventually become another hub for Middle Eastern anarchy. The security establishment believes that only the IDF can prevent forces such as Islamic State from crossing the Jordan River. Israel would also like to make sure that Hamas doesn’t take over the West Bank. In other words, even if a Palestinian “state” is formed, it won’t have even the minimal degree of independence. No credible Palestinian leadership can be expected to agree to that.

I also don’t see any form of international pressure that would force the two-state solution on Israel. Much of the international community is clearly unhappy with Israel’s policies of the last decade, but this is nowhere near the mobilization against South Africa in the 1980s or, more recently, Iran. In both cases the tipping point was the U.S. decision to support and impose sanctions. And while the U.S. might end up distancing itself from Jerusalem, it will continue to use its power to prevent sanctions against it. The EU is also unlikely to expend its measures beyond some steps against the settlements. So there is truly no end in sight. 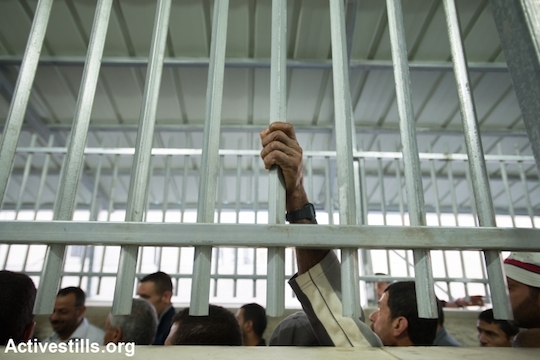 Palestinians from the West Bank with permits to enter Israel wait at the Israeli military checkpoint in the Separation Wall, controlling movement between Bethlehem and Jerusalem, June 12, 2014. (Photo: Ryan Rodrick Beiler/Activestills.org)

Facing this new reality, Israeli progressives that supported the peace process are turning to one of a few options: There are those who join the Right in maintaining the status quo; those who continue to believe that some recent events – the war, the ceasefire, American elections, the lack of American elections, etc. – opened a “window of opportunity for peace;” while in fact there is no window, not even a crack. And there are also those who are crying, not without some perverse pleasure, that “all is lost.”

On a more positive note, I believe there is renewed recognition in Israel of the dominance of the occupation on all other political problems, in the long-term threat it presents before Israeli society. I used to hear people say that the Left should focus on social issues and leave the Palestinian problem aside, but not anymore. You even see conservatives voicing some concern over the failure to solve the Palestinian issue. In other words, there is some new recognition of the problem, but there is no political strategy to accompany it among progressives, except for continuing to bang one’s head against the peace process wall.

The solution is to replace the diplomatic process with a civil rights struggle, to break the occupation into pieces, and deal with each one of them: The fact that Palestinians do not enjoy freedom of movement. The fact that they have been tried in military courts for almost half a century. The limits on their freedom of speech and their right to freely assemble. The lack of proper detainee rights (including minors). The disrespect for their property rights, and, of course, their lack of political rights.

A civil rights struggle doesn’t necessarily mean a single-state solution, nor two states. Civilian rights for Palestinians can lead to any final status agreement. As I wrote here last week, there is little point in debating solutions right now.

A civil rights struggle is not a new idea, and many Palestinians have been engaging in it for a long time. But Israeli progressives and peaceniks have always placed it second only to the diplomatic process. In other words, instead of the Palestinian state becoming a means for the fulfillment of Palestinian rights, it was made the only desired political object; those rights no longer bared value once they were separated from the idea of statehood – as if because the Palestinians have no state they don’t deserve freedom of movement or a fair trial. Thus, progressives find themselves justifying an authoritarian regime in Ramallah in the name of Palestinians rights, and many other absurdities.

On a tactical level, a civil rights struggle opens the door for Arab-Jewish cooperation on both sides of the Green Line, and leaves aside the questions of statehood and historical narratives that people love to debate. Instead, it focuses on the lives of real people under occupation.

The equal rights of all men and women is such a simple and broadly accepted notion that it’s easy to explain and for everyone to understand. Israelis have adopted all sorts of revisionist readings of the conflict in recent years; for example the idea that the territories aren’t occupied because they were never claimed by any other state. But the most important problem with the occupation is the millions of people held under a military regime for decades, and not just the legal status of the land.

The target of a civil rights struggle is not the settlers, or any other Israeli community, but the state and its practices. It might not make progressives more popular with the Israeli public, but it could make their work more effective. 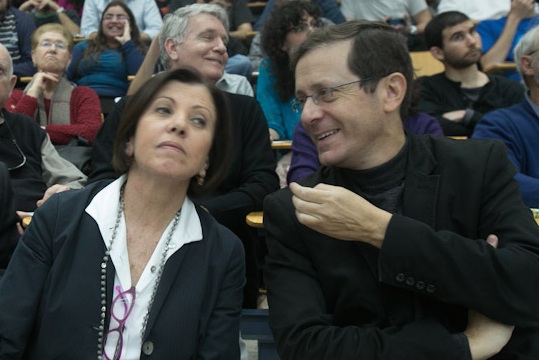 What could such a struggle look like? It should raise specific political demands that touch the basic liberties and rights of human beings; such as the right to a fair trial, to equality before the law, and to political representation.

The military court system is a good place to start. Military tribunals could be accepted in very specific contexts and for a limited period of time. They aren’t meant – nor could they be used – to run the lives of a civilian population for decades, as Israel does.

There is no way to justify military commanders ruling over civilian issues for half a century, the way they do in the West Bank. There is no way to justify administrative detentions. What prevents a “pro-peace” party or organization – say, Meretz or Labor or J Street – from right now demanding an end to the military court system, regardless of diplomatic developments? The fact that such an idea is not even debated demonstrates the degree to which even the “pro-peace” camp has adopted the mentality of the occupation.

What about freedom of movement? The Palestinians are held like Israel’s prisoners, not only in the West Bank but also in Gaza. It takes a permit from a military commander to allow a Palestinian to visit his or her family in Jordan. Why not demand turning this policy on its head, right now, and have the security authorities state who they forbid from traveling, and allow everybody else free passage? Surely this is a reasonable enough request?

Human rights groups have been monitoring and discussing these issues for decades, but they have yet to enter progressive politics, which is still chained to the endless peace process. Imagine what would happen if mobilization by the international community around Israeli relations with the PA or its settlement policies was directed at the rights of Palestinians.

To some this might seem like back-door annexation by Israel – an idea that most Israelis and Palestinians still oppose. But the fact of the matter is that de-facto annexation has already taken place, only without allowing the civilian population their basic human and civil rights. Recent cries over the appropriation of some 1,000 acres of land by Israel sound hollow compared to the massive human rights violations that have been taking place for decades. I actually believe that even if Israel was to hand the Palestinians full voting rights in the Knesset tomorrow we could end up with some version of a two-state solution or a confederative model, because both people here are interested in national sovereignty.

Make no mistake: Keeping the Palestinians without rights is not some temporary holding pattern on the way to a final status solution (or peace). For Israel, this is the solution. And giving Palestinians their rights will not postpone an agreement – quite the opposite. It would force Israelis to really think about the kind of future they want, alongside the Palestinians.

A final note: This post does not intend to tell Palestinians how to run their affairs, or what form their struggle should take. I don’t think Israelis are in a position to give such advice to the people they occupy, and the Palestinians would be correct not to heed the advice. It’s about Israeli politics. Terminating the occupation (as the first necessary step), reaching a fair compromise with the Palestinian people, and then entering a process of reconciliation are all in the interest of Israelis; but I believe that Israeli and Jewish politics on this issue have reached a dead end, especially on the organizational level. The confusion and anxiety is palpable these days. This is a good starting point for a new journey.

Originally published on my Hebrew blog at Local Call.

Related:
One- or two-state solution? The answer is both (or neither)
Gaza war: It’s about keeping the Palestinians under control
This is Netanyahu’s final status solution