A bus full of US students from Harvard University were stopped by the Israeli army and police during their visit to Al-Walaja, led by Shereen Al Araj, member of the popular committee against the Wall and the local council. The bus with Israeli soldiers who boarded on it was escorted by Israeli military jeeps to a checkpoint where they are all detained now, including Palestinian Shereen Al Araj.

This is a clear attempt to stop the solidarity visits to Al Walaja. The bus was stopped in front of the house of Hajajleh family which will be totally isolated from the rest of the village once the Wall will be completed. The house will have its own fence all around the house and a tunnel to connect them to the village.

Once completed; the village of Al Walaja will be totally surrounded by the Wall.

Border Police spokesperson Shay Hakimi has now responded saying that the bus was travelling illegally on a security road that is part of the separation fence. “In that illegal location passengers disembarked in order to make a provocation.” says Hakimi. “One of the people one the bus was a well known local activist who frequently attends demonstrations in the village, who was detained on the spot for questioning due to incitement, and later released with bail. Officers present asked the rest of the passengers to board the bus and leave, and once they graciously agreed – they were escorted away from the area without being detained.”

Read more on the village of Al-Walaja here. 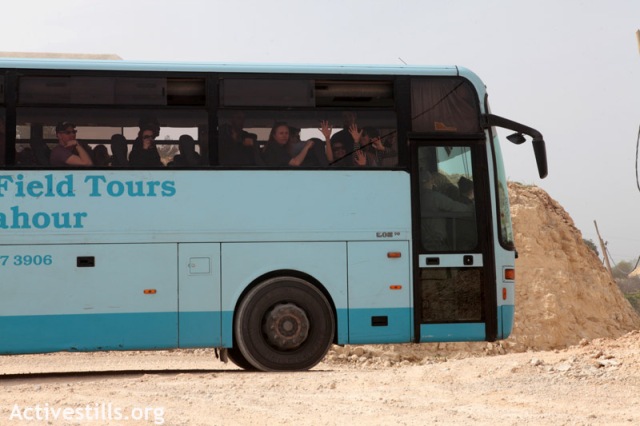 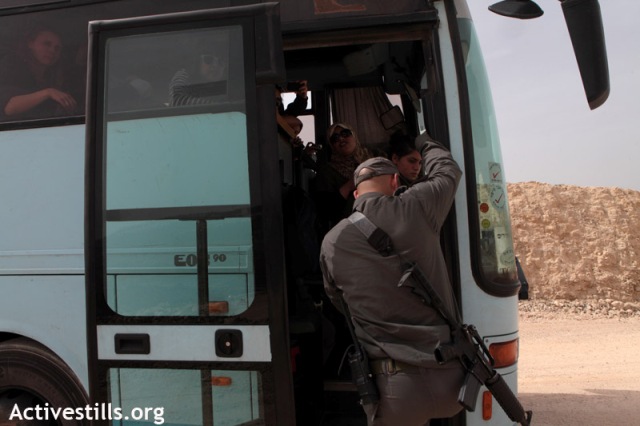 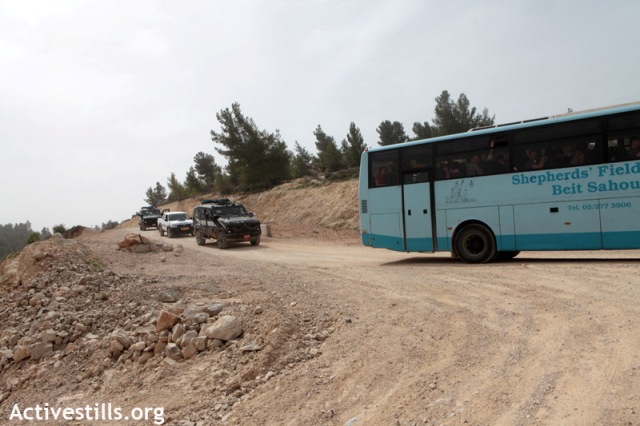 The bus escorted out of Al-Walaja (Anne Paq / Activestills)