facebook twitter email link
One of the most heated debates you’ve probably never heard of going on in Israel these days is over natural gas. Ever since reports began to surface on the huge reservoirs of gas off the coast of Israel, the discussion over who the it belongs to and how much money everybody is going to make from it seems to get uglier by the day. In fact, this is probably one of the most intense debates you’ll find today between tycoons and regulators around the world.

But now, what until recently was solely an economic discussion has suddenly turned political. Left vs. Right. Zionists against “anti-Zionist traitors”. “Israeli gas vs. Arab gas”.

This is a complicated story, but one that should be told, if only due to the huge amounts of money involved and its possible ramifications. According to the financial daily Calcalist, the argument is over approximately 500 million dollars a year – for the next 20-40 years, depending on exactly how much gas there is. That’s over 1% of Israel’s tax revenue in 2009. Sums like this could not only change the standard of living in Israel itself, but also its geopolitical and economic standings in the area.

So what’s the story, and how did politics suddenly get involved? First, let’s look at the stars of this gas opera:

* The three little reservoirs: Yam Thetys, about 30 km off the shores of Ashdod, held 32 BCM (billion cubic meters) of natural gas before it started to pump gas to Israel. This reservoir is controlled by Noble Energy and Yitzhak Tshuva’s Delek Group (more on them later…), and after signing an agreement in 2002 with the Israeli Electric Company, the gas started flowing in 2004. As of today, there are about 20 BCM left in the reservoir and it’s annual revenue has reached  about 520 million dollars a year.

Tamar and Dalit: Off the coast of Haifa, Tamar and Dalit are two huge reservoirs with a combined 252 BCM, supposedly to be available by 2012. Annual revenues are expected to hover around 2 billion dollars. Noble and Tshuva control this one, too. 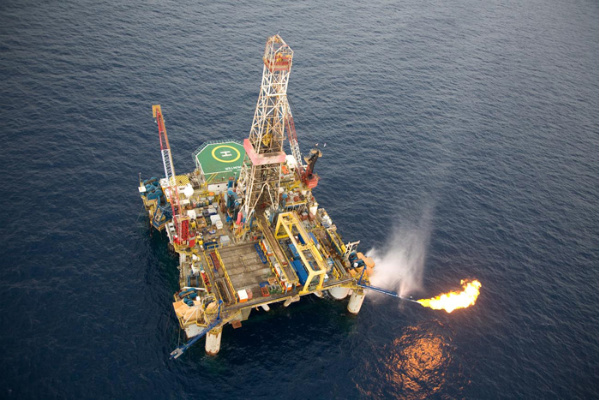 The Tamar Reservoir, off the coast of Haifa

Leviathan: An appropriate name for this humongous reservoir. The latest reports say there’s at least a 50% chance of finding gas in Leviathan, which is a reservoir that basically surrounds Tamar and Dalit. In the gas industry, 50% are considered very good numbers. If the estimates are correct, Leviathan could have a whopping 453 BCM, which could produce annual revenues of 2.3 billion dollars. And yes, Noble and Tshuva control this whale of a reservoir, too.

* 12.5%: The rate of annual royalties that must be paid by the drillers of Israeli gas reservoirs to the State of Israel, according to a law written in… 1952. Yup. This law hasn’t been updated for decades. And why would it have? Israelis have always considered it a given that they’re screwed. The typical kvetching went along the lines of: “Everybody (all our “enemies”) around us has have gas and oil, except for us poor Jews”.

Compared to other countries, Israel has one of the lowest royalty rates around. And when it comes to Noble Energy drillings, Israeli royalties are the lowest it’s paying compared to its activities in the U.S., Ecuador, China, the Northern Sea and Africa.

* The entrepeneurs: Noble Energy is one of the biggest companies in the U.S. and drills all over the world. Based in Houston, Texas, it had a second quarter revenue of 750 million dollars in 2010. Noble holds 47.1% in Yam Thetys, 36% inTamar and Dalit, and 39.6% in Leviathan.

Yitzhak Tshuva is one of Israel’s richest. He owns the Delek Group, which is involved in energy and infrastructure, real estate, insurance and financial services and the automotive sectors. He also controls an energy company called Avner. Delek and Avner hold 53% of Yam Thetys, 31% of Tamar, and 45% of Leviathan. 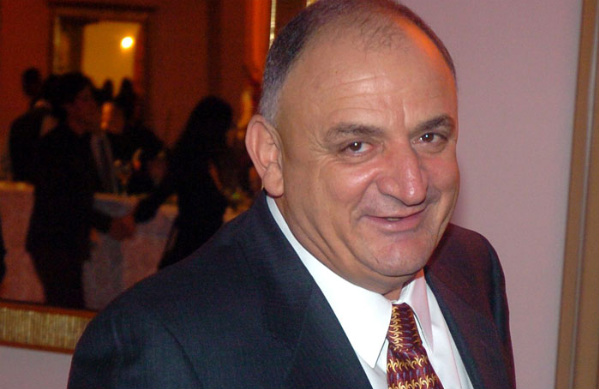 Yitzhak Tshuva. Has holdings in all three major reservoirs (Motti Kimche for Haaretz)

* Yuval Steinitz. In early April, Israel’s Finance Minister says he thinks it might be time to take a look at Israel’s royalty policy of 12.5%, which is indeed very low. He appoints Professor Eitan Shashinsky to head a committee to review the said policy. 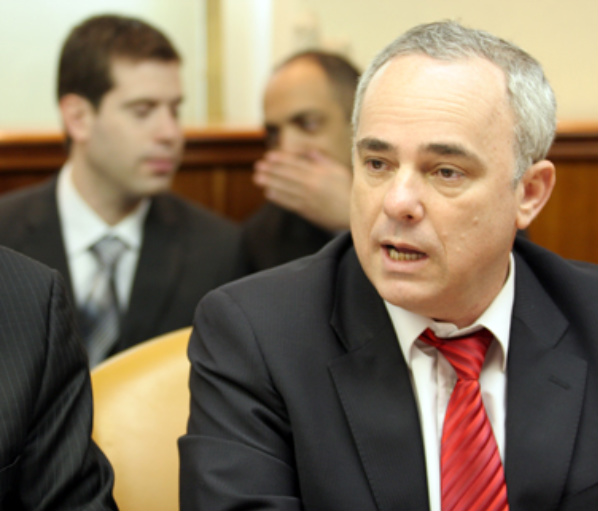 * The Shashinsky Committee immediately comes under pressure from the entrepeneurs, from Israeli officials – even U.S. officials have reportedly complained to Israeli counterparts about the possibility of hurting Noble’s income –  and from anyone who has anything to say about it. Reports surface that the committee is considering hiking the royalties up to 24%. That difference, of 11.5%, was calulated by Calcalist to be 500 million dollars a year – the basis for the argument.

So, just until a few months ago everything seems to be doing well. But then comes the announcement in early June by Noble Energy that Leviathan is way bigger than they thought, and that the chances of pumping gas from it are fairly high. Here’s where things start to get messy.

A debate is held for weeks over the issue of raising the royalties or not in all the financial media. The reasons ranging between the need for Israel to act for the benefit of its citizens to the need to be “fair” with tycoons who went into a deal on certain terms. All arguments are legitimate and well founded. Until, of course, the politics start to stink everything up.

* New Israel Fund – On the 21st of July the NIF, along with other NGO’s send a letter to the committee recommending a hike in royalties. The NIF does not do this for any known political reason, but as we all know, lately anything the NIF does attracts a lot of attention.

* The Forum for the Land of Israel – Upon hearing of the NIF’s involvment, the Forum smells blood and goes on a nationwide campaign to smear the NIF’s involvment, with ads that say: “Warning: The NIF is fighting for Arab gas”. The forum also points out that Shashinsky’s wife is a member of the NIF, thus posing a conflict of interests for the chairman.

The forum’s campaign cost 2 million NIS (533,000 USD), and was run by EDK – a media consulting firm headed by Moshe Klugehft, who also happened to spearhead the ugly Im Tirzu campaign against the NIF and its chairman Naomi Chazan. Klugheft is also MK Ronit Tirosh’s media advisor and when MK’s needed someone to write a song for them to sing in praise of the commandos who boarded the Mavi Marmara, guess who wrote the lyrics? You got it, Klugheft.

Yossi Meiman – So now you must be asking ‘Wait, what did they mean by ‘Arab gas’?” Well, the forum claims that if royalties are raised, the gas from the sole competitor to Israeli suppliers will be cheaper. And that sole competitor, who will apparently gain from this hike, is Yossi Meiman. Another Israeli tycoon. Who’s also into gas. And with his companies Merhav and Ampel holds 21% of EMG – the Egyptian gas company that supplies to Israel. 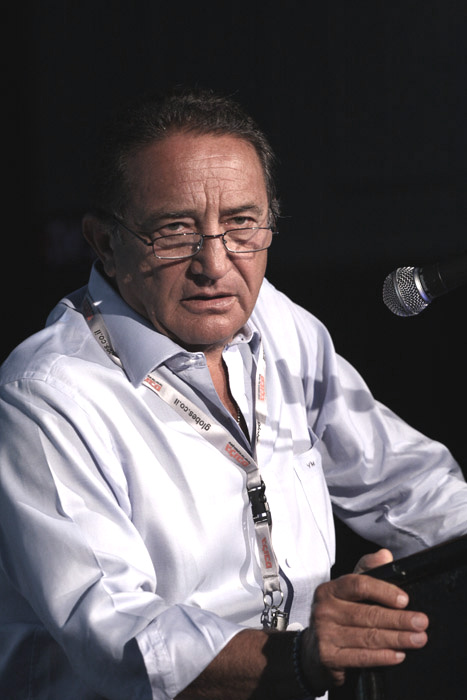 As pressures mount on the committee, Steinitz holds a special press conference just yesterday in defense of Shashinsky and the other members.

“The personal smears against Prof. Eytan Sheshinski, the harassment, the demonstrations in front of his house, the attempts to meddle with him and his family … all this is unacceptable,” Steinitz said.

“Anyone who wishes to express his opinion can do so, and those who are involved in the oil and gas sector, if they have the money, are entitled to hire half the publicists in the country and pay them hundreds of thousands of dollars for their opinion,” Steinitz said.

“It’s legitimate, and it’s legitimate to publish the opinion across entire pages in the press, but it is inconceivable that they would try to personally harass and attack the committee and its members. All the more so the committee chairman – a well-known professor who took on the task as a volunteer and agreed to my request to chair it.”

So there you have it folks. That’s what this discussion has turned into: If you’re a lefty, you’re for hiking the royalties, weakening Israel and strengthening the Arabs. If you’re a righty, well – it’s pretty obvious.

What’s funny is, that here is where Yuval Steinitz and myself don’t fit into the mold. Steinitz, a known hawk in the Likud – wants to raise royalties. And me? Well, you all know I’m a lefty. But I’ll bet you didn’t know I’m for keeping the royalties as they are. At least for the current drillings. For all I care, they can raise them to 50% – as long as it’s not retroactively.

See, the things is – Noble and Tshuva put their money where their mouth is. They invested – and so did the people who bought their stock – in a deal with certain numbers and certain business plans. They took the chance and drilled, not knowing what was going to come out, if anything. They gambled. And they won a jackpot.

In a way, these entrepeneurs shook hands with the State of Israel. And now, Israel is basically saying that it was crossing its fingers behind its back the whole time. In business, you just don’t do that.

In fact, Israel should be thankful that Noble and Tshuva took the chance, since the state will be getting millions on taxing the revenues and from the royalties. Trying to double the royalties seems nothing more than greedy.

So, are the royalties low? Yes.

Should they be raised retroactively? No.

Why? The answer couldn’t be any more simple:

(Ami Kaufman is an editor at Calcalist)