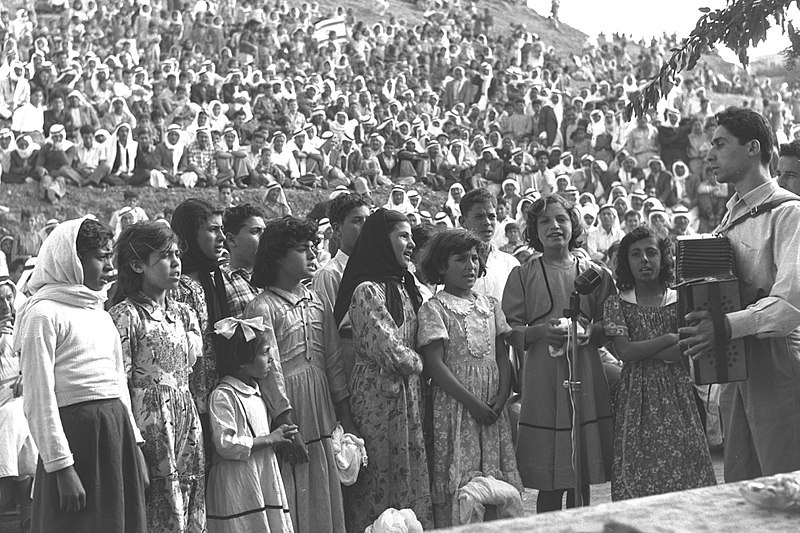 It has long been known that the Shin Bet, Israel’s shadowy internal security service, has been involved in surveillance over the country’s Arab population. Since the very first days of the state, the service monitored Arab political organizations; surveiled nationalist or communist activity viewed as subversive; and enlisted collaborators to ensure maximum control with minimum effort.

Following the 1948 War, the Israeli government granted citizenship to the Palestinians who remained in the boundaries of the nascent state; but the state also imposed martial law on the Arab population, subjecting them to the authority of a military governor. Under military rule, Palestinian citizens grew fearful of the Shin Bet, which often resorted to sabotage and torture to root out those viewed as threatening to the state. While military rule was officially abolished in 1966, the Shin Bet continued to monitor and interfere in the lives of Israel’s Arabs — most nefariously, in its state-run education system.

The Shin Bet’s meddling in the education system was an open secret for years, but it was at a top-secret April 1978 meeting between agents and senior members of the Education Ministry that institutionalized its furtive presence, more than a decade after the end of military rule. Highly classified documents from that meeting, uncovered by Yedioth Ahronoth, provide insight into how the Shin Bet maintained its grip on education of Arab children.

According to the documents, the Shin Bet sought to formalize its power to remove teachers and principles deemed “hostile”; to deny tenure to others; and to ensure the Education and Culture Ministry’s Arab Education Department (the education and culture ministries were later split into separate ministries) would employ a Shin Bet agent to coordinate the service’s activities.

Yedioth Ahronoth obtained documents revealing that the Shin Bet barred highly qualified pedagogues from obtaining employment, often ensuring they could no longer work as teachers or principals due to their political beliefs as expressed in the classroom, or because they had relatives associated with political activities. The educators were never formally told the reason for their dismissal. Awed Abdelfatah Hussein, who worked as an English teacher in an Arab village in northern Israel, was fired without notice and replaced with someone who lacked any credentials to teach English. 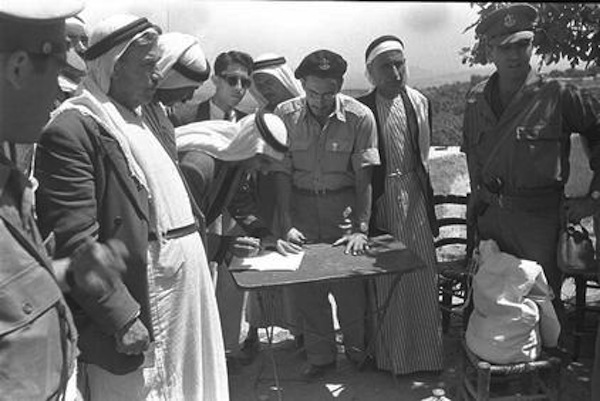 Hussein repeatedly attempted to return to teaching, but could not get a job due to his affiliation with Abnaa al-Balad, a Palestinian political organization that aspires to make Israel into a state for all citizens, with no special privileges for any single ethnic or religious group. After years of failed attempts, he was forced to look for work elsewhere. “It isn’t easy being fired and going to work in construction,” he told Yedioth, “I felt a deep sense of alienation, as if I didn’t belong here.”

In some cases, however, circumstances prevented the Shin Bet from immediately firing teachers it viewed as subversive. M., a science teacher in the Lower Galilee, was disqualified from teaching due to information that was handed over to the Shin Bet. Documents show that the Education Ministry was asked to reconsider its decision due to a shortage of teachers. The Shin Bet, which was holding secret negotiations with the Education Ministry, relented, at least temporarily. M. was able to keep his post “for the sake of the students, who are about to take their matriculation exams,” yet would not be employed in the next school year “under any circumstances.”

At the end of the year, M. lost his job, and the reason for his disqualification, a result of the Shin Bet’s involvement, remained concealed. “We are not permitted to indicate that the teacher’s job has been terminated for security reasons,” a senior Education Ministry official noted in a document about the teacher. When Channel 1 caught wind of the story, Emmanuel Kopelevich, who at the time served as the head of the ministry’s Arab Education and Culture Department, did all he could to hinder any public mention of the affair.

When asked whether there was ever an opportunity for schools or the Education Ministry to negotiate with the Shin Bet, Kopelevich told Yedioth:

There was some kind of contact. There were cases in which a candidate was disqualified and I said, ‘Hold on, why?’ There was no negotiation. I never interfered in their considerations. They never explained why they disqualified a teacher.

There are two interests here which sometimes contradict each other. On the one hand, the interest the security service is in charge of — to prevent people who act against the state’s best interest from setting foot in official institutions or educational institutions. None of us want that.

On the other hand, there is the educational interest — wanting Arab children to get the best education possible, including the best teachers. In many cases in the Arab population, the finest people from an educational and leadership perspective have anti-Israel tendencies.

The preoccupation with disqualifications was mostly reflected in the appointment of school principals, Kopelevich explained: “There were few cases in which the Service rejected the finest candidates for principal and I was forced to take a second-rate educator, because the person who I saw as the most suitable candidate had been disqualified.” 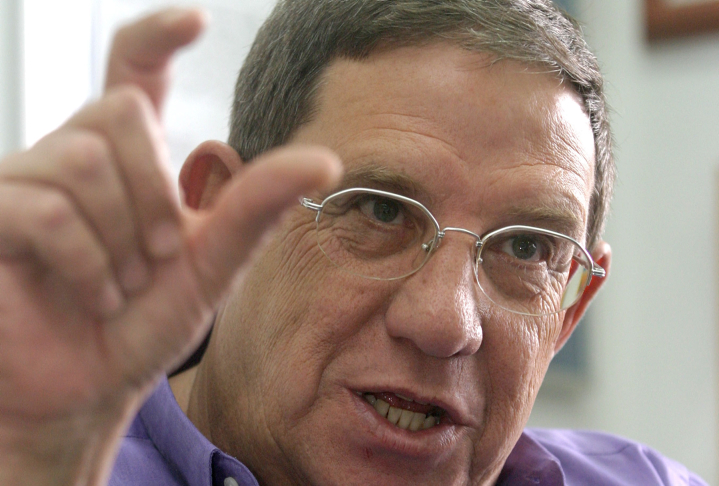 By the 1990s, some Israeli officials grew increasingly concerned about the Shin Bet’s interference in the Arab education system. Carmi Gilon, who served as the head of the service in the early 90s, told Yedioth that he approached Prime Minister Yitzhak Rabin about terminating the position of a Shin Bet member in the Education Ministry. “We began looking into the issue in a bid to prepare a concise position paper and put an end to it, and Rabin gave us his blessing,” Gilon said. He added that the move was interrupted by Rabin’s assassination.

Only in 2004 was that position officially rescinded, following a petition to the High Court by Adalah — The Legal Center for Arab Minority Rights in Israel. The issue was never discussed by the court, since the Shin Bet claimed it had decided to discontinue the position as part of major reforms being implemented in the education system.

Military rule over Israel’s Arab citizens ended in 1966, and the security services no longer interfere in education for Arab children; but many Palestinian citizens — political leaders, activists, journalists, and ordinary citizens — continue to feel the Shin’s Bet presence in their daily lives. Activists are routinely summoned for “friendly chats” with Shin Bet agents, while political leaders are required to keep their followers from protesting against the state. This is why Arab-Palestinian citizens of Israel are less inclined than Jews to feel that their country of birth treats them as equal under the law.