The Revivo Project’s debut album is a rare homage to the forefathers of Mediterranean pop and provides an educational introduction to the history of Mizrahi music — or at least the Yemenite part. 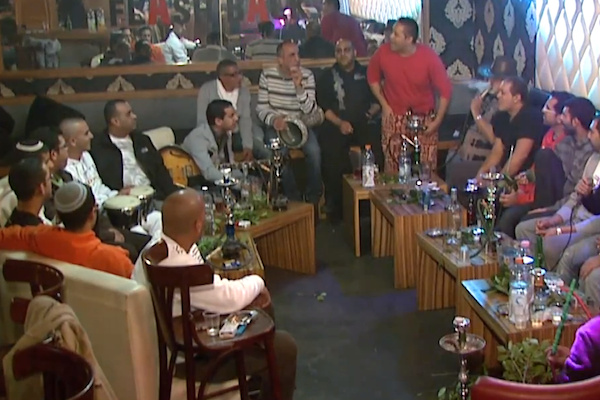 Israeli-Mizrahi music has, from time immemorial, been divided into two main, often competing groups. The first is comprised of Moroccan singers, including Ofer Levi, Zehava Ben or Kobi Peretz, who gave the music a strong Turkish-Arabic flavor that was often depressing and full of protest. The second group was comprised of Yemenite Jews. What started in the 70s in Tel Aviv’s Kerem HaTeimanim (“Yemenite Vineyard”) neighborhood as ‘hafla’ (Arabic for ‘party’) music rich with the sound of the ‘Sounds of the Oud,’ was expanded upon by the likes of Jackie McKayton, Haim Moshe, Avner Gadassi, Daklon among others. The fusion of these two sub-genres, which took place only several times throughout history, gave rise to the two giants of the Mediterranean Pop scene, Zohar Argov and Eyal Golan, who successfully combined elements from both worlds.

Today, lovers of Yemenite music are enjoying a return to the roots of the ‘golden age.’ Alongside Dudu Aharon and Eyal Golan, who have been releasing songs with an old-school sound, emerged a group called ‘Revivo’s Project,’ which has gone from underground sensation to internet sensation over the last year and a half.

The story began on the website Revivo.net, which was established several years ago by project leader Raviv Ben Menachem, also known as ‘Revivo.’ The site quickly attracted thousands of fans of ‘musika Mizrahit.’ Forums, downloads, articles and everything else that had to do with Mizrahit can be found on the site. Ben Menachem later became a well-known producer and arranger in the Mizrahi scene, writing the music to several famous hits for Golan, Yishai Levi and most recently Omer Adam.

Nostalgia for the old days lead Ben Menachem to establish the project, which seeks to revive the Yemenite hafla music which he grew up on. Revivo took the reins as the musical producer, and added his brother Niv Ben Menachem and Eliran Tzur as the group’s singers. The buzz for the project was created through YouTube videos which feature a group of singers and musicians sitting in a circle, performing medleys of classic Mizrahi songs while chewing Khat, puffing from the nargila and taking swigs of alcohol.

In the span of a year, Revivo’s Project recorded 10 medleys which included classic songs by Haim Moshe, Jackie McKayton, Daklon, Avner Gadassi and more. They packed their last Tel Aviv concert until there was barely enough room to breathe. The two singers, along with the small ensemble, tantalized the audience, and the crowd sang along to each and every song. For the older members of the crowd, the songs were part of their childhood, whereas the younger ones learned the songs from YouTube.

The Project’s debut album is a homage to the forefathers of Mediterranean Pop – a homage which is so necessary, especially in an era in which the genre is growing and flourishing and they are beginning to be forgotten. Although it is likely that these medleys will not be played on Galgalatz (a popular radio station operated by the IDF), there is no doubt that the Project will set the tone for the entire Mizrahit genre – a return to the Yemenite and Arab roots of Mediterranean music.

In today’s music world, such an album is a rarity: eight-minute medleys, written in the language of the past, with authentic Yemenite pronunciation and a soulful singing style that has all but disappeared. Revivo’s Project’s album provides an informative introduction to the history of Mizrahi music. Or at least the Yemenite part.

Ophir Toubul is a DJ, activist and founder of Café Gibraltar. This article was first published in Hebrew in City Mouse.