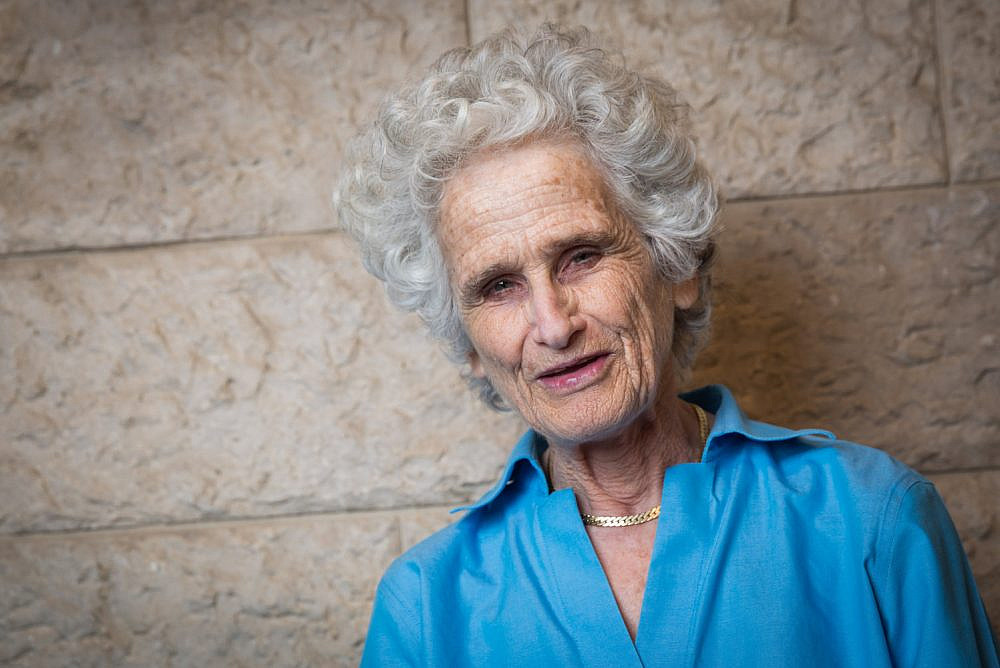 The prominent Israeli legal scholar Ruth Gavison passed away in mid-August at the age of 75. Gavison was a winner of the Israel Prize, a law professor at the Hebrew University of Jerusalem, and one of the founders of the Association for Civil Rights in Israel (ACRI), which she headed from 1996 to 1999.

Although she is considered one of the pioneers of liberalism and civil rights in Israel, Gavison’s later years were defined by reactionary and even illiberal positions. Indeed, the responses to Gavison’s death over the past few weeks offer an object lesson on the contradictions between demography and democracy in the Jewish state.

One set of responses focused on Gavison’s contribution as a legal scholar, public intellectual, and teacher, citing in particular her earlier work to defend and enhance civil rights in the 1980s and 1990s. The other, more critical response focused on her more recent defense of violations of the human rights of African asylum seekers and Palestinian spouses of Israeli citizens, among others. In particular, Gavison’s support for the 2011 Admissions Committee Law, which grants ethnic-cultural communities the right to exclude people who do not “fit in,” has been seen as an application of the notorious “separate but equal” principle underlying racial segregation.

Gavison herself saw no contradiction between her earlier and later positions. Both stemmed from the same source: seeing Israel as a “Jewish democratic state.” Her approach rested on three foundations: Jews are a nation with the right to self-determination, which is recognized by the international community; to exercise that right, the state must maintain a permanent Jewish majority and give the public sphere a Jewish character, while granting equality to all citizens; and, policies aimed at maintaining the state’s Jewish character may override claims to equality on the part of non-Jews. 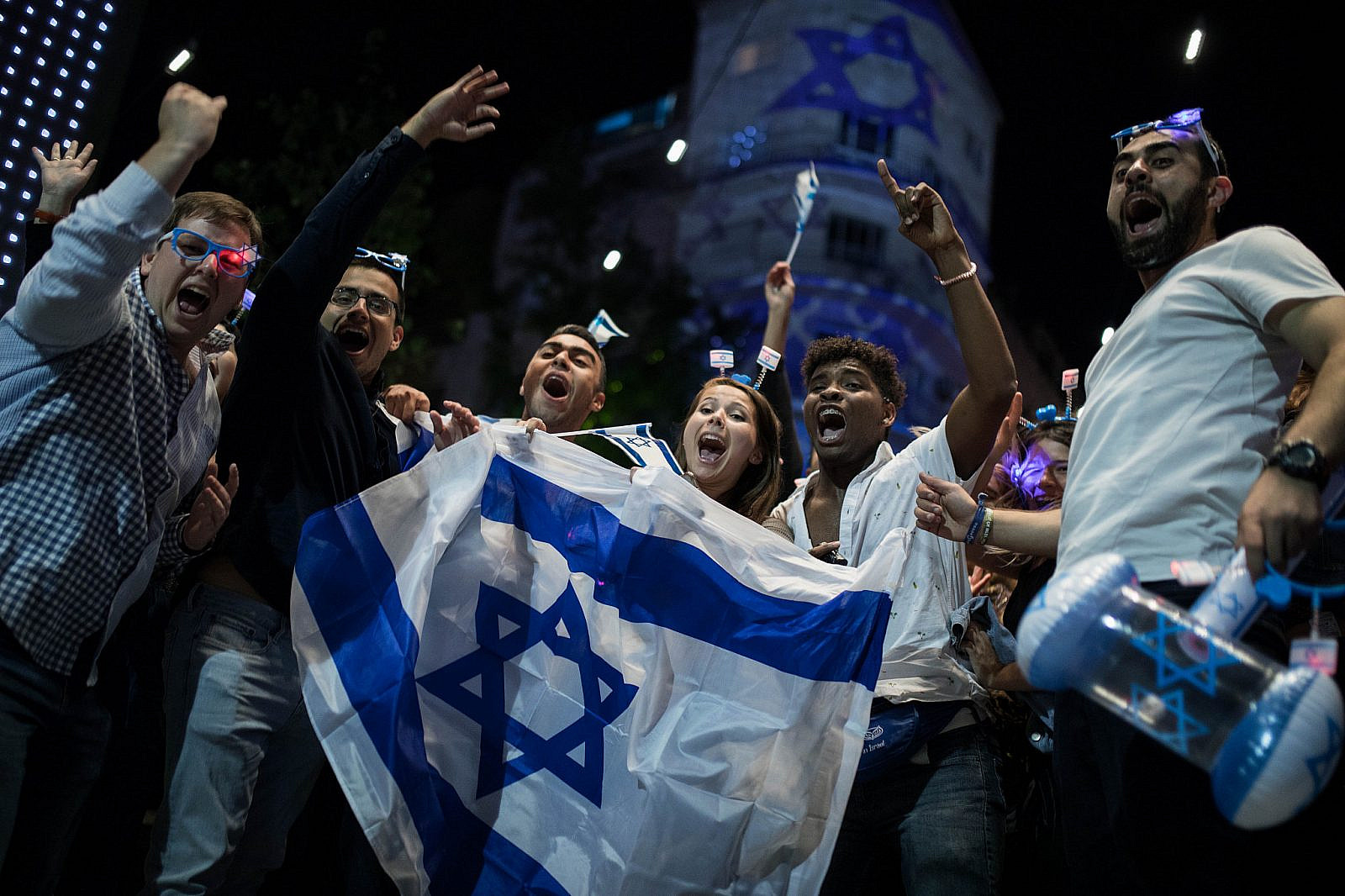 Gavison’s second point, while linked with the first and third, is worth interrogating further. The question of whether Jews are a people, a nation, a religion, an ethno-cultural group, or some combination of the above, is a disputed one among Jews. Whatever the answer, there is little doubt that Israeli Jews are a distinct group of people that possesses the attributes of a national group (territory, language, culture, political identity).

The 1947 UN partition resolution, invoked by Gavison as evidence that Jewish self-determination was recognized internationally, referred in fact only to Jews who lived in Palestine at the time. Other Jews displaced by World War II in Europe had wished to relocate to Palestine, and the UN saw that move as justified on humanitarian grounds. But the state that was envisaged in the partition plan was not meant for Jewish residents of New York, Moscow, Johannesburg, or Buenos Aires. It was a specific arrangement for Palestine and post-war refugees, and not a general solution for all Jews wherever they were.

Is this distinction important? Arguably, yes. As a Jewish demographic state, Israel is geared toward keeping and extending a specific population majority by shifting resources away from minority residents — physically, culturally, legally, and symbolically.

This dynamic becomes more pronounced when it involves extra-territorial populations. The Israeli anomaly is that its core ethos and policies are aimed at internalizing a group external to its territory — overseas Jews — compounded by policies and practices aimed at externalizing groups internal to the territory — the 1948 refugees and other Palestinian groups. The two processes not only coexist in time but are logically interrelated, stemming from the same overarching political-demographic imperative. 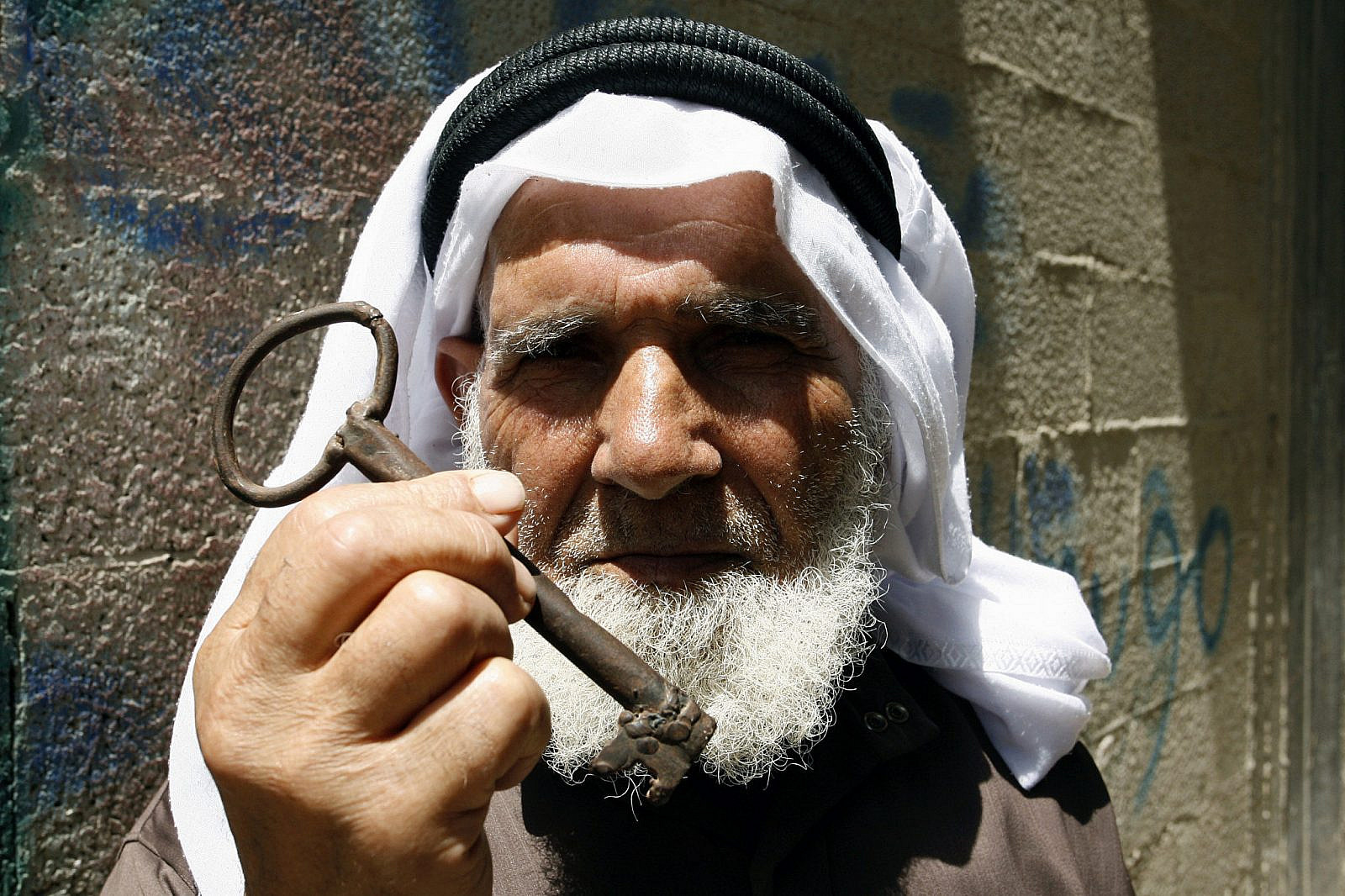 A Palestinian refugee, Saleh Abu Ross, 79 years old, from the Rafah refugee camp, holds up a key from his house in Beersheba, located in southern Israel, during a rally in Rafah, southern Gaza Strip, May 12, 2013. (Abed Rahim Khatib/Flash90)

Gavison was aware of that anomaly, but argued that it was justified in view of the right of Jews to self-determination, and the equivalent right to Palestinian self-determination in the 1967 occupied territories. In essence, “two states for two peoples” was the solution because it allowed each nation to exercise its own preference within its own political framework.

Her argument was not affected by half a century of relentless military occupation that denied basic human and civil rights (never mind self-determination) to Palestinian residents. That problem, she argued, would be solved through Israeli deliberations and negotiations with affected Palestinians. Neither the courts nor the international community had a role to play in an internal political matter, which did not involve issues of democracy and human rights.

In any event, the symmetry she saw between the two people’s rights was always misleading. It failed to recognize that the Jewish majority in Israel was a product of ethnic cleansing during the 1948 Nakba, not a natural concentration of populations in different regions as in “normal” cases.

That symmetry also failed to recognize the built-in marginalization of Palestinian citizens in the Jewish state, including in land ownership, access to facilities and services, “security” status, and jobs. The mix of populations across the Green Line, especially that resulting from the post-1967 settlement project, further doomed a solution along the parameters of “we are here, they are there,” long favored by liberal Zionists. 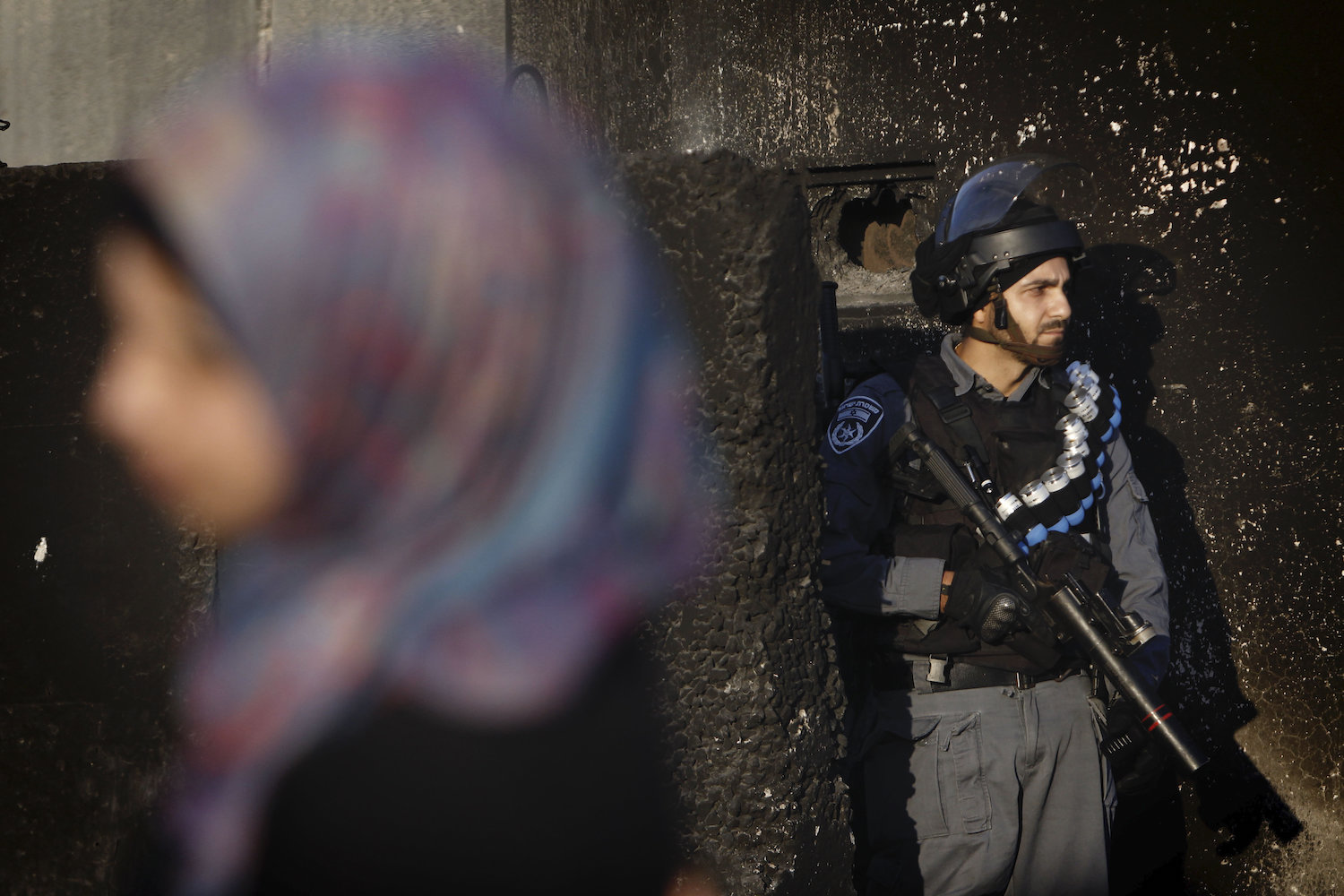 An Israeli soldier stands guard at the Qalandiya checkpoint on the outskirts of the West Bank city of Ramallah as a Palestinian woman waits to cross the checkpoint to head to Jerusalem, July 04, 2014. (Miriam Alster/Flash90)

While Gavison did not ignore democratic deficiencies in Israeli policies toward Palestinian citizens, nor rights violations resulting from the occupation, she refused to accept that these were natural products of Jewish national self-determination and the drive for a demographic majority. This, then, is the crux of the matter: can we regard these violations as mere aberrations, or as fundamental features of an ethnic state committed to the supremacy of one group at the expense of another?

In the former case, argued by Gavison, policies could be corrected and the problem mitigated, even if not solved completely. The latter case, in contrast, would call for the abolition of any role for ethno-national identity in state institutions and policies — in other words, changing the state from “Jewish democratic” to just “democratic” or “a state of all its citizens.”

It was precisely this latter notion that Gavison rejected most emphatically. Without a solid majority at the heart of the system, she argued, Jews would not be able to exercise the right to self-determination, retain their culture and identity, and defend themselves as a minority in a hostile region.

It is easy to challenge this perspective with recourse to historical and political analysis, but Gavison was not a social scientist. She attempted to ground her arguments in universal legal principles, not in particular Israeli/Jewish claims and entitlements. She agreed that the Israeli case was not standard, but not unusual either: other states practiced some form of recognition of ethnic differences and hierarchies, and granted some preference to majorities of specific national or ethnic backgrounds. 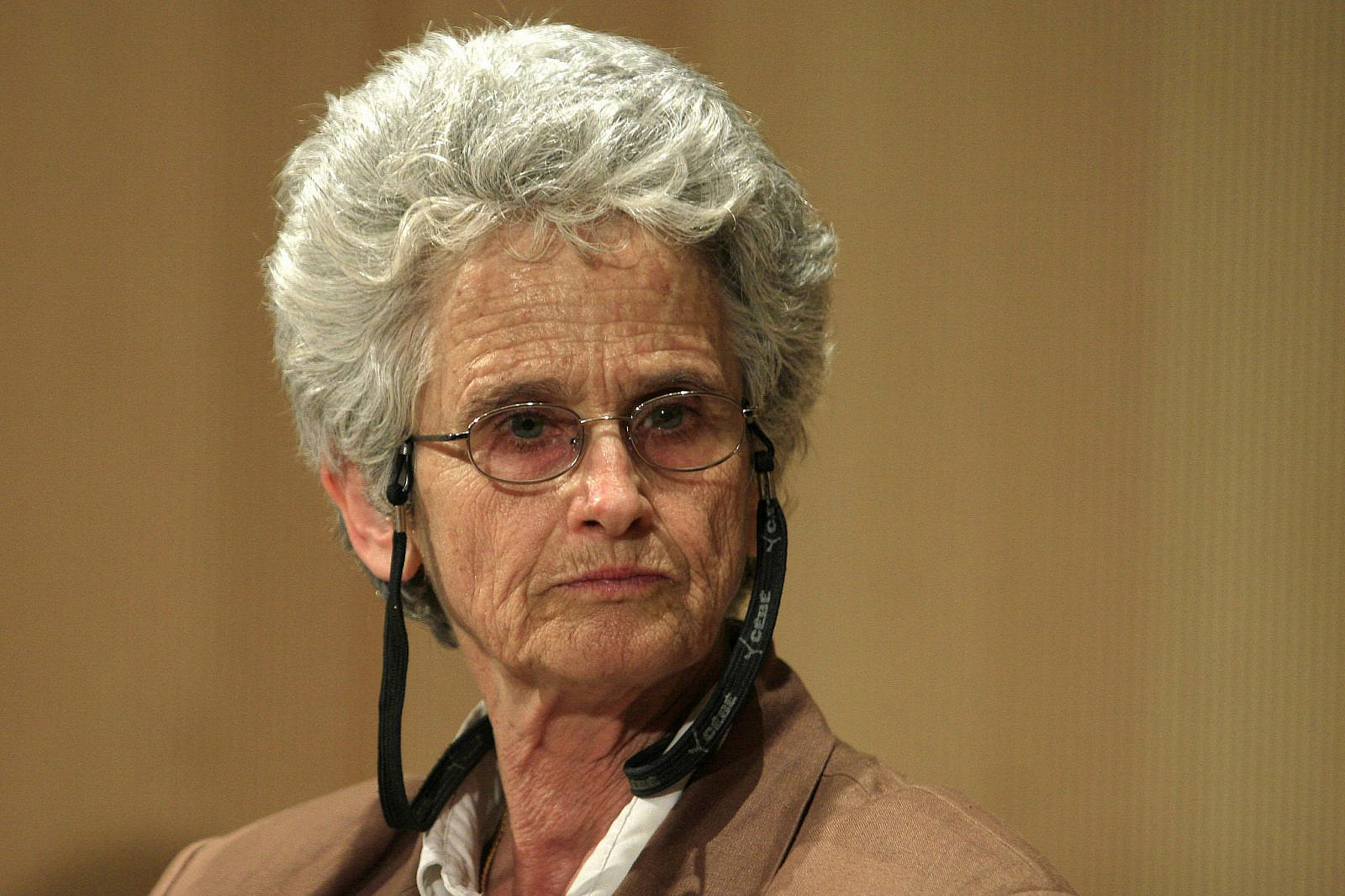 Ruth Gavison during a conference in Jerusalem on March 29, 2007 (Olivier Fitoussi/Flash90)

Still, Gavison never found a way to avoid the fundamental fact that Israeli Jews were exercising self-determination in a land to which most of them had immigrated just in the last century, displacing and replacing the people who resided there already. Allocating a different sub-territory to these people while maintaining the immigrant group’s domination in much of the original territory would not erase that act of dispossession and its legacy, nor would it guarantee a stable solution.

As long as demographic supremacy and physical segregation remain guiding principles for Jewish settlement in the country, and settlement remains a core state-supported activity on both sides of the Green Line, liberal principles cannot take hold. This was evident in the debate over the Jewish Nation-State Law of 2018, which embodied the quest for exclusive Jewish right to self-determination, a demographic majority, and settlement on the land.

Gavison — who in 2014 was appointed by then-Justice Minister Tzipi Livni to draft a “nuanced” version of the law — ultimately opposed such legislation. This was not because she disagreed with its specific provisions, but because she preferred a broader vision of Jewish statehood and minority rights that was not grounded in explicit legal rules, which would effectively allow the courts a say in its interpretation.

Ironically, at that crucial moment, the legal scholar focused her energies on public debates waged predominantly among Jews in Israel and elsewhere, while excluding the majority of Palestinians from that debate. Demography trumped democracy. And that is likely to remain her lasting legacy.

Ran Greenstein is an associate professor of sociology at the University of the Witwatersrand in Johannesburg, South Africa. Among his publications are Zionism and its Discontents: A Century of Radical Dissent in Israel/Palestine (Pluto, 2014), and Anti-Colonial Resistance in South Africa and Israel/Palestine: Identity, Nationalism, and Race (Routledge, 2022)