A Supreme Court ruling dictates that Tel Aviv must shut down its chain stores on the Sabbath. But it is in this city that freedom of religion means living one’s religious feeling as they choose and experiencing the diversity of how others interpret their spiritual lives. 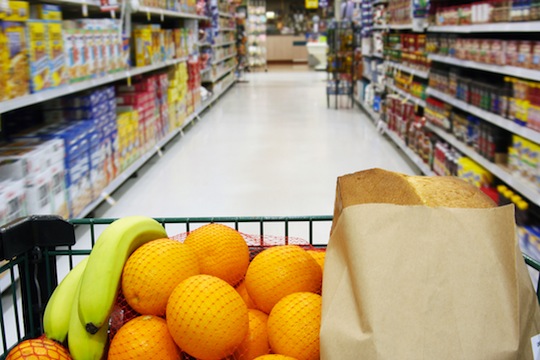 I have a love-hate relationship with the 24-hour convenience store AM/PM on the corner. It is full of overpriced, processed junk food and decorated with soulless, florescent sterility. For some reason the management regularly shifts around the merchandise such that no one item can be found in the aisle where it resided the previous week. I assume this is some sort of insult-my-intelligence marketing technique but the main effect is to waste my time and try my nerves. Not to mention the strange characters who trudge around there at night, gazing at the alcohol section.

On the other hand, it does have a decent fresh fruit and vegetable section that tends to beat the wilted greengrocer across the street. The AM/PM has bailed me out of more than one dinner party on a Friday night when the wine ran out or provided supplies for spontaneous Saturday brunch. I make regular bleary-eyed pilgrimages there at 7am when the milk for morning coffee has run out without warning. Including on Saturdays.

On Tuesday, the Israeli Supreme Court ruled that the municipal bylaws prohibiting certain businesses from opening on Sabbath have not been properly enforced and that the city must either shut down such chain stores on Sabbath, or change the bylaws. On Wednesday, Israeli television reported that the Court’s decision might eventually mean closing all businesses in the city on Saturdays, not just large food chains, but cafes and restaurants that are major attractions for recreation centers such as the Tel Aviv Port. The Court accepted the appeal by small business owners, who claimed their profits were being undercut because they do close on Sabbath. Up to now, the city has just slapped a ritual fine of NIS 660 (about $180) on the large shops, who easily absorb the fee.

Small shop owners explained to television news reporters that Tel Avivians, who are largely secular, hardly bother to shop on Friday before the Sabbath anymore. Profits are draining away as the flood of shoppers are siphoned off into the large chains over the course of the weekend.

One said he didn’t want to be like America, where the constant unlimited competition turns life into one big chase for money. And finally, both the existing by-laws, the court justifications and the small business owners speak of preserving the Sabbath (Hebrew).

This may seem like a very specific, local municipal issue. But it has to do with the meaning of a Jewish state that is also a democracy. Compared to the far larger complications this equation creates for citizens here, Saturday shopping is a luxury item, a bratty bourgeois question of how and when to wield my spending power as a member of one of the most privileged classes in the world. And ideologically, I do want to support small businesses, rein in the conformist commercialization of large chains.

Further, I do so love the serenity of Sabbath. It is magical when around 4pm on Fridays, the sin city of Tel Aviv ceases its race for higher highs and bundles itself up into the warmth of friends, family, quieter conversations, naps and yes, a few moments of contemplation. Most shops close down, and people like it that way.

So why do I want to keep the chains open?

Because my Sabbath is not your Sabbath. Fridays used to begin as days of stress. You had to wedge and elbow your way through masses of frenzied, sweating shoppers in pretty much any outlet – large or small shops, or the Carmel market teeming with hawkers and running with the mud of trampled vegetables. To avoid the rush, you could rise at 7 and be at the market by 8am, which put a hefty damper on Thursday nights.

Working people pressed most of their general errands, not just food shopping, into Friday morning. The crowds slowed everything down and the chores inevitably ate up half the day. Exhaustion took over until evening and then there was one weekend day for actual relaxation.

The 24-hour stores changed the rhythm of my weekend and my Sabbath. Thursday nights I was free to roam the urban landscape. Friday mornings were transformed into a delightful tradition of meeting friends spontaneously, catching up on the week, making plans for the weekend, sampling breakfast food and several versions of the milky Israeli cappuccino.

The afternoons went from crash-landing exhaustion to soft slowing down. I could pick up tail ends of work left over from the week, have a nap, and still go running on the stunning beach at sunset. Yes, I am secular. That doesn’t mean I don’t think about Shabbat; it means I choose how to do so. Gazing at the beauty of this earth from the shores of the country I chose to live in is pretty meaningful to me. Knowing I am not constrained by petty, earthly errands which can be done some other time makes a real difference.  If I need milk for my morning coffee on Shabbat, I soak in the silence on the walk to the store, broken mainly by birds from the trees and prayer melodies from scattered shuls.

Jerusalem is the place for people who want more regulated forms of religion. In Tel Aviv, freedom of religion means I can live my religious feeling as I choose and  experience the diversity of how others interpret their spiritual lives. I do get annoyed by cyclists on Yom Kippur, which I find somewhat offensive. But that’s personal, not rational. So I compromise and accept it; after all, I don’t have to participate.

I also don’t want Israel to turn into an American-style capitalist money-chase and we aren’t far off – Shabbat may be one of the last reminders that things can be different. But part of the beauty is that we, the people have chosen the cosmopolitan Shabbat together as a sort of self-regulating market. It’s not a financial market, but a spiritual one where bouncy urban energy coexists with a spontaneous embrace of identity that I have not experienced in any other city in the world. Leave the shops open.