Following Dahlia Scheindlin’s post from a few days ago on the campaign by Saudi women for the right to drive, I thought it worth posting this press release calling for support by prominent international Western female figures, notably US Secretary of State and EU High Commissioner Catherine Ashton. 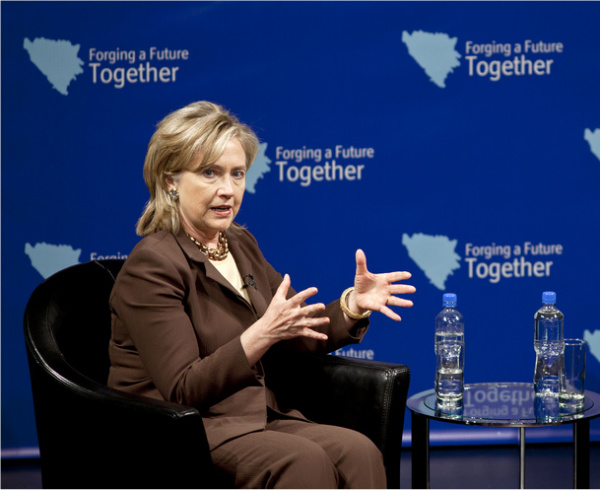 Saudi Women to Hillary Clinton: “Where are you?”
Following the launch of the largest women’s rights campaign in Saudi history last week, leading Saudi women ask the US Secretary of State why she has yet to comment.

WASHINGTON, DC – Saudi Women for Driving, a coalition of leading Saudi women’s rights activists, bloggers and academics campaigning for the right to drive, sent the following letter to US Secretary of State Hillary Clinton on Monday. A similar letter was sent to Clinton’s EU counterpart Catherine Ashton.

On June 3 we wrote a letter asking you, our friend, to make a public statement supporting our right to drive.

Many of us have met you personally during your decades-long journey as a champion of women’s rights all over the world, and we expected our call to be met with a warm, supportive response.

Unfortunately, that has not happened, and we write to express our deep concern over the US government’s public silence on the issue of Saudi women’s right to drive.

Three days ago, on June 17, more Saudi women drove a car than ever before. But as we launch the largest women’s rights movement in Saudi history, where are you when we need you most? In the context of the Arab Spring and US commitments to support women’s rights, is this not something the United States’ top diplomat would want to publicly support?

We were encouraged to see public statements of support from more than half a dozen Congresswomen, including House Minority Leader Nancy Pelosi. But we believe that you personally making a public statement of support for Saudi Arabia opening the country’s roads to women would be a game changing moment.

Women remain barred from driving in Saudi Arabia, one of the strongest and longest standing US allies in the Middle East. This has gone on for way too long and now, this week, we really need you to speak up about it.