Tourists look at a view of the Dome of the Rock and the Temple Mount in Jerusalem's Old City, from the Mount of Olives observatory, January 28, 2020. (Olivier Fitoussi/Flash90)

A decade ago, during Benjamin Netanyahu’s second administration, Israel’s Education Minister was Gideon Sa’ar. A hardline Likudnik and a ‘Greater Israel’ ideologue, one of his major successes in office was to increase the number of Israeli middle and high school students who visited the Cave of the Patriarchs in Hebron — a holy site said to be the burial place of the prophet Abraham and members of his family, and which today serves as both a synagogue and a mosque.

When friends of mine concerned about the issue approached me back in 2012, I told them that I would not allow my daughters (two and five years old at the time) to participate in any Hebron tour that did not include a conversation with Palestinian residents of the occupied West Bank city. I didn’t have a problem with the students hearing from their Israeli teachers, as they walked by the Cave, about the Jewish connection to the site at the tail end of their visit — but only after they had seen what was really happening in the city today.

My girls were too young at the time to attend those trips. So I thought to myself that, when the time came, I would do what I had to in order to protest and prevent such a visit. Years later, my older daughter entered 10th grade in one of Tel Aviv’s liberal high schools, and, to my delight, my imagined confrontation was avoided. Or at least that is what I thought.

It began with one of those online forms, the kind that every parent has to sign whenever their child goes on a field trip. The parent of a 10th grader signs dozens of these permission slips, and they most probably don’t even read the documents thoroughly before signing.

Last month, though, the mother of one of the students wrote in the parents’ WhatsApp group that, before signing the permission slip, she wanted to better understand what security precautions were being taken for the trip. I had not yet seen the slip or the itinerary, but was confused as to what security concerns would suddenly ring such alarm bells, especially when it never had never been a problem in previous school trips. 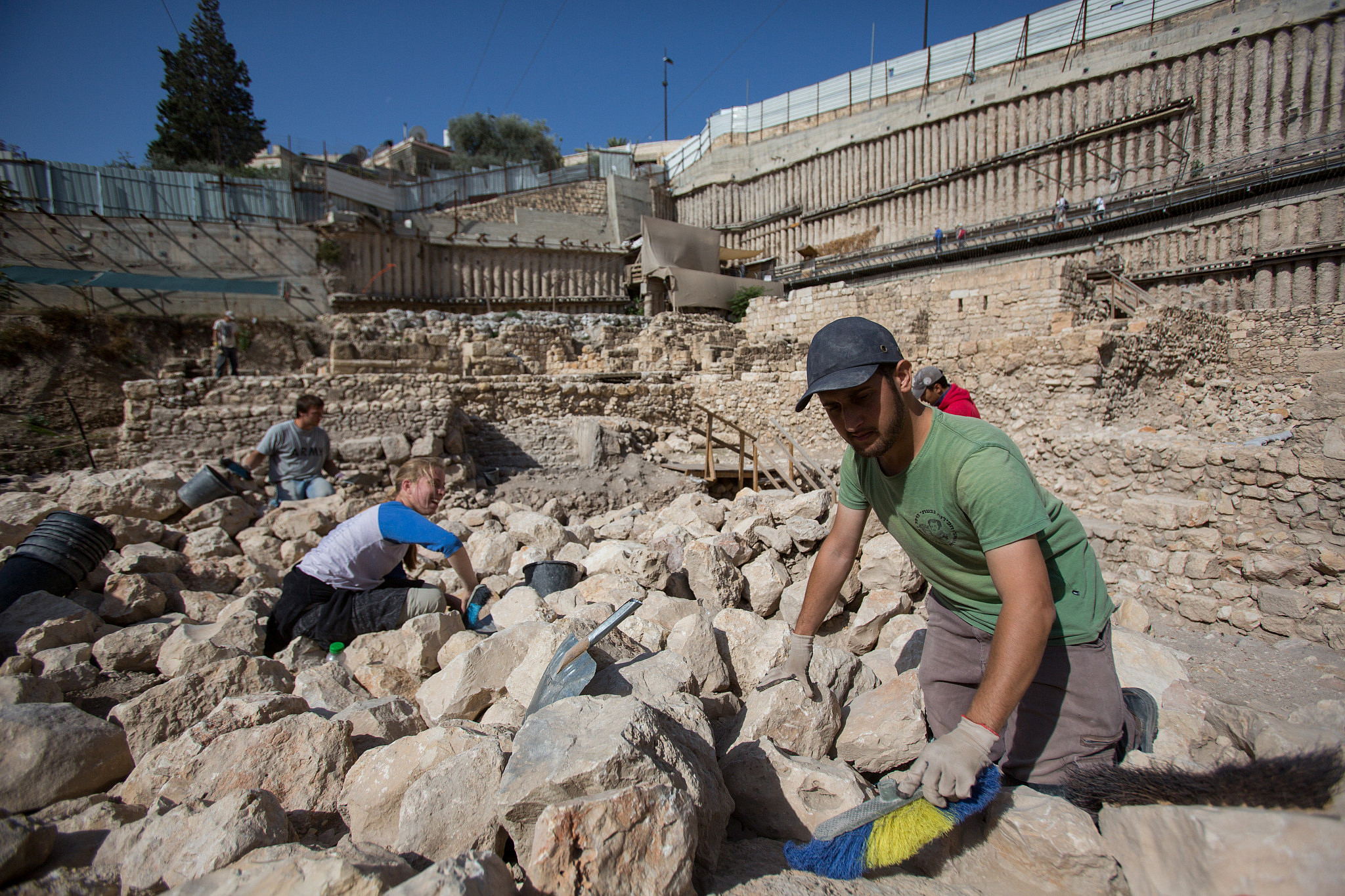 Archeologists digging at a site of the remains of a citadel used by the Greeks more then 2,000 years ago to control the Temple Mount, at the City of David near Jerusalem Old City, November 3, 2015. (Yonatan Sindel/Flash90)

When I scrolled through the WhatsApp group, I was surprised to learn the tour would be in Jerusalem. And not just any tour: it would include a visit to the Armon HaNatziv promenade overlooking the city, the Israel Museum, the famous Mahane Yehuda Market, and — most significantly — a visit to the Palestinian neighborhood of Silwan, in the occupied eastern part of the city.

The trip’s itinerary, however, didn’t mention Silwan at all. What was mentioned instead was a different entity — “City of David.” Located in the heart of Silwan, the City of David is an archeological site that has been turned into a national park under the management of Israel Prize Winner David Be’eri. Be’eri’s organization, Elad, has worked tirelessly over the last four decades, in close cooperation with state authorities and the Jewish National Fund, to seize Palestinian homes in East Jerusalem for the purpose of Jewish settlement.

A few years after Elad’s founding under Be’eri’s leadership, a new name emerged to lead the group: Avi Maoz. This is the same Avi Maoz who currently heads the ultra-religious, anti-LGBTQ party Noam; who ran in the latest elections on the same ticket as the far-right Religious Zionism and Otzma Yehudit parties; and who, after being charged with overseeing extra-curricular school programs under the new government, is sending chills down the spines of innumerable parents.

Realizing this, I wrote in the parents’ WhatsApp group that I will not send my daughter to a settlement in an occupied neighborhood, where thousands of Palestinian residents have no citizenship and are subject to daily harassment, evictions, expulsions, and other forms of violence by the state and settlers. My message initially received few responses.

I then contacted the school director, who arranged a meeting, which another parent joined. In our conversation with the staff, I asked if the school would ever allow the organization running the City of David to promote homophobic or racist content to the students. The answer was sharp: such a move would be met with fierce opposition. 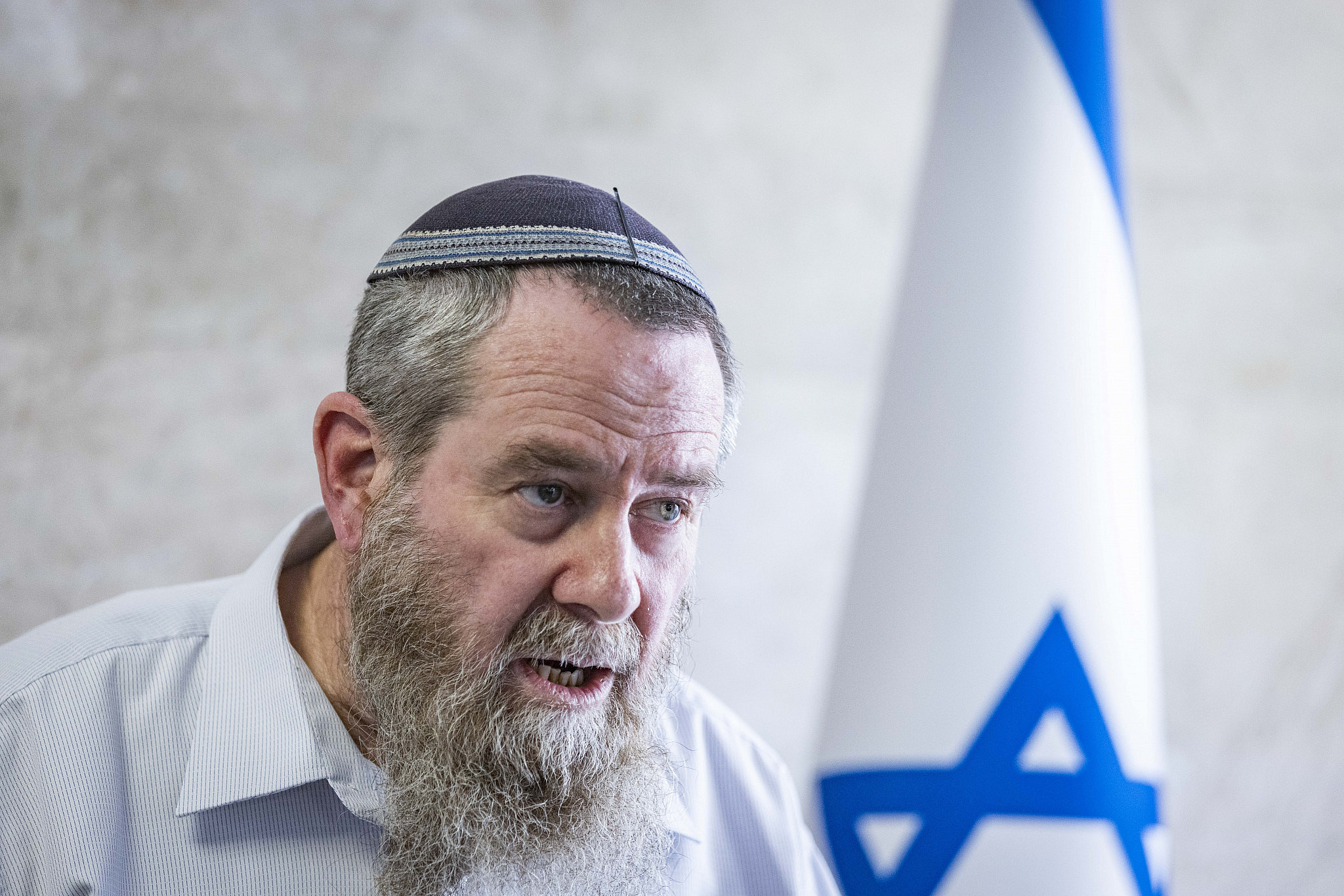 Noam head Avi Maoz speaks during a function meeting at the Knesset, the Israeli parliament in Jerusalem, December 5, 2022. (Olivier Fitoussi/Flash90)

“If this is the case,” I then asked, “why are you sending students from this school to a project led by Avi Maoz, to Silwan, which Maoz transformed into an Israeli zeitgeist, and thereby erased the neighborhood, the expulsions, and the repression?” The school simply answered that this was “different.” Of course it was: Palestinians are always “different;” they exist outside of the Israeli liberal discourse, tucked away under the umbrella of “political” topics deemed best to avoid in school.

We ultimately won this tiny, local battle in the war that the larger political left seemed to have lost long ago. First, the children whose parents opposed the City of David visit were allowed to be excused from that part of the trip. But these numbers soon grew from a handful of voices in the WhatsApp group, to nearly half the class’ parents. In the end, in the face of this growing opposition, the school decided to drop the City of David from the trip entirely.

If it was ever incumbent upon me to write the words introducing David Be’eri and Avi Maoz at the ceremony for the Israel Prize, I would say — paraphrasing the famous sentence — that when small men achieve great things, it is probably because a mass of people either stands behind them in support, or stands by in silence. An argument over a school trip shows just how much this choice is made even at the tiniest levels, in hundreds of schools across the country, and can ultimately shape the fate of our politics and the lives of millions.

I’ve spent many years in the anti-apartheid movement in Israel, and I still learned new things from this small and personal struggle. The first is that one must always speak up and take a stance. Silence is political, and it always helps the powerful — and in Israel today, the powerful are on the right. It is telling that, when I asked the staff of our supposedly liberal school how it was possible that they didn’t notify parents that the class was going Silwan, they replied that the students weren’t going there, but to the City of David — erasing a neighborhood of thousands with the name of a settler project in the heart of occupied territory. 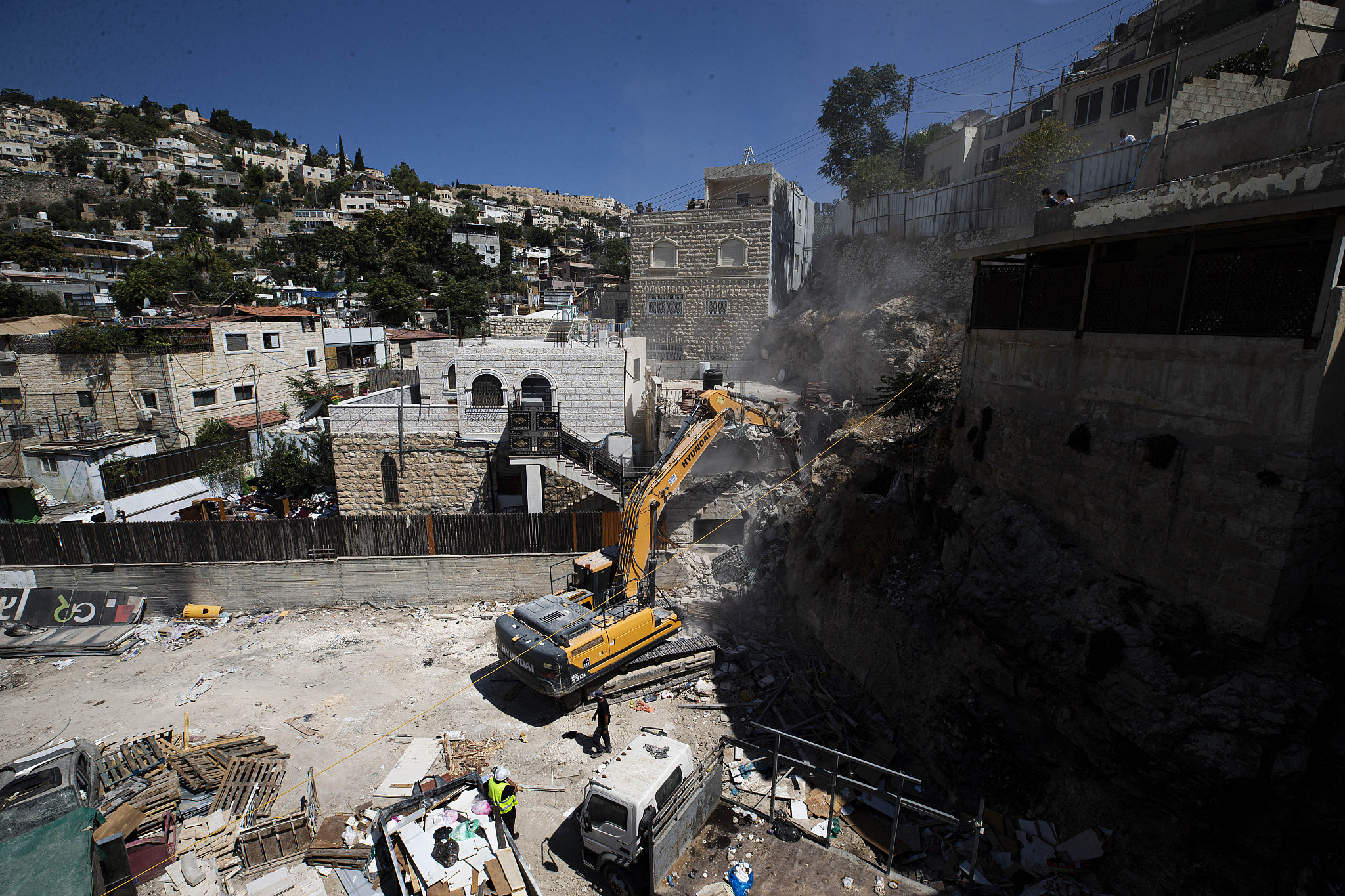 A bulldozer is seen demolishing a building in the Silwan neighborhood of Jerusalem, August 10, 2021. (Activestills)

The second lesson is that, although the anti-apartheid movement in Israel is a small minority, we must learn to fight in local arenas. This includes the education system — from kindergartens to high schools — where the state has a massive influence over the minds of young citizens.

The third is the need to mobilize and act together. It took me a few days to realize that, around me at the school, and even in my daughter’s class, there was a line of left-wing activists ready to join this small cause. The ability to act together on a concrete issue reminded me of what I had forgotten: that when you’re silent, you’re alone, but when you raise your voice, you might find others to join you.

David Zonsheine is a parent to two daughters who attend schools in Tel Aviv. He was one of the founders of the conscientious objectors’ movement in 2002, and until recently served as the chairman of B'Tselem.