The following is part one of a two-part essay that attempts to address a rather lengthy problem.  It is characterized by a cadre of culturally and politically orthodox self anointed monitors and guardians of Israel’s “Zionist virtue”.

These Guardians Of Zion, (GOZs to be terse) have found it necessary to degrade democratic discourse, to debase civil society and to defile the public sphere with a distinctly uncivil, monist and monologically hegemonic non-dialogue, which not only delineates the boundaries of accepted speech, action and thought but also attempts to set out rewards and punishments for those who abide by these limits and those who dare to violate them.  In the past one may have thought of these GOZs as just another part of the civic conversation.  But, they have so clearly embedded themselves in the Israeli political process so as to have co-opted discourse with a clear vision of what is forbidden and permitted in the Israeli body politic.

They drafted the legislature and the Government to their side.  The police obviously have joined their side (see, for example the selective law enforcement in East Jerusalem where settlers are privileged citizens, human rights and anti Occupation demonstrators are cast aside like objects and Palestinians are abjectly dehumanized).  Yet if and when one dares to speak out against this atrociousness the GOZ community and their supporters consider him or her a political homo sacer.  A number of law proposals have been introduced in Israel’s Knesset, which are so blatantly covered with GOZ fingerprints that one need not be a trained CSI to identify them.

The “transparency” law, which was born out a GOZ attempt to interfere with the funding of NGOs, particularly human rights and Palestinian Israeli NGOs that level what one may describe as harsh criticism against Israeli policy in the Occupied Palestinian Territory and policy against Israel’s Palestinian population inside Israel itself.  The trope is rather typical:  The NGOs are unbalanced, their agendas are secretive or controlled by outside agents and the funding is from foreign sources, such as states in Western Europe.  The GOZs bemoan this and have manufactured their claim that these organizations are not “transparent” their funding is used for “anti-Israel” activity, etc.  As I will argue further, these claims are baseless and the law proposal is nothing more than a waste of valuable legislative time in order to attack dissent, social change and social justice.

The next two draconian law proposals seek to outlaw form of action that are directed against Israeli policy on a global level.  These methods now being used to oppose Israeli human rights and occupation policies are certainly controversial, and those within Israeli society who adopt them are certainly airing Israel’s dirty laundry to the outside world.  So what.

The GOZs and their patrons in the government, the Knesset and elsewhere see BDS and UJ actions as objectionable and illegitimate.  They classify them as anti-Israel, anti-Zionist, and anti-Semitic.  While some of these accusations certainly stick against some UJ and BDS advocates it is a gross overstatement used essentially to attack dissent.  The law proposals would penalize severely those who advocate these tools, thus turning them into pariahs and the organizations into illegal entities.

Israel remains in a state of flux.  Some prefer to use terms like “apartheid” or “colonization” or even “fascism”.  While I certainly see the resemblance between much of what is going on here today and the meaning of these terms, I am looking for a new more constructive way to understand that which plagues this collective political space at this point in time.  The brief examination of GOZs and their obvious influence in Israel today is a way to undertake a more complex and nuanced analysis that will assist us in approaching a better, more sustainable and democratic way to comprehend the way in which we continue spiral into a state of what we can call de-democracy.

It is, quite frankly, a waste of time to argue about Israel as a “Jewish and Democratic” state.  We know, that if we were to logically pursue either of these lines the State would come out as a failure in many aspects of both accounts.   Democracy, well, Yossi Sarid describes it as in a state of atrophy.  As far as its Jewish status is concerned, a simple look at the soon approaching end of daylight savings time is enough to see how a state that centers its social policy around the monists’ view of Judaism, Jews or being Jewish is doomed to operate its democracy on identity steroids while throwing fits of rage that result in specious, arbitrary and hypocritical uses of “Jewish” as a tool to expel children from their homes (in Tel Aviv and in Sheikh Jarrah) and to build a political system that has no room for progressive and democratic growth because it remains mired in the mud of uber-nationalism and religious chauvinism, even against those who are ostensibly co-religionists.
We remember Bibi Netanyahu’s whisper into the aging rabbi’s ear “The left has forgotten what it means to be Jewish.”  Perhaps it is more accurate to say that for far too many in Israel, “to be Jewish” has come to have the opposite meaning of to be democratic.  There is one way to be in Israel and the GOZs have set the standard.  This standard though is dangerous and cannot be tolerated.  That is not to say it should not be heard but when heard it must be excoriated.  Democracy and democrats can tolerate and interact with de-democracy in its midst, in its legislature, media, government, educational institutions etc. We have no right to accept that message in the name of some valueless pluralism or under the guise of tolerance.  We listen to it and we fight back against what it wishes to accomplish.

Louis Frankenthaler moved to Israel in 1995 and lives with his family in West Jerusalem. He is a doctoral student and works for the Public Committee Against Torture in Israel. His political writings have appeared in the Electronic Intifada and in Ha’aretz. 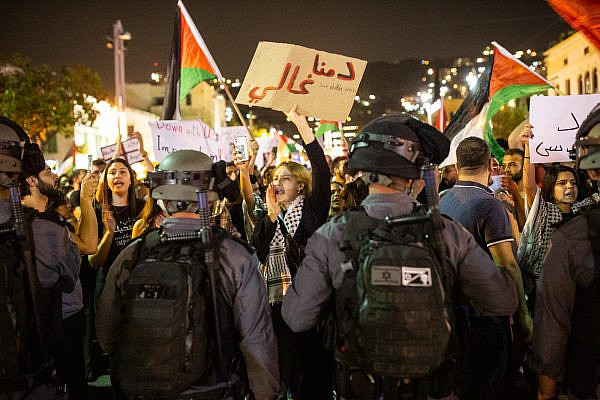 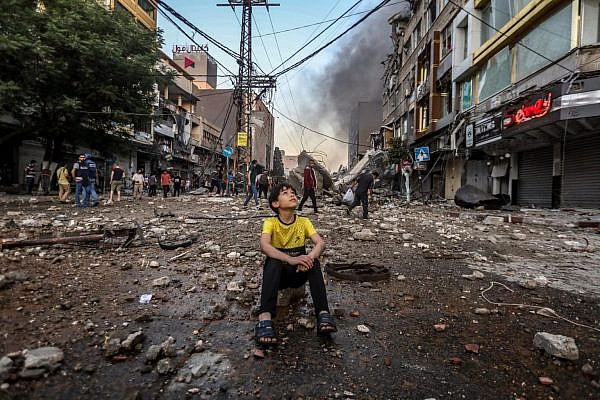 In Gaza, we are forced to choose between a quick or slow death
Nobody in Gaza misses the sight of horror and bloodshed. But under Israel's siege, we are bleeding whether or not there is a war.
By Ismail May 12, 2021