Channel 10 News wanted so badly to prove that Muslim preachers in Israel and the occupied territories use their Ramadan sermons to incite against Jews. Something went wrong along the way. 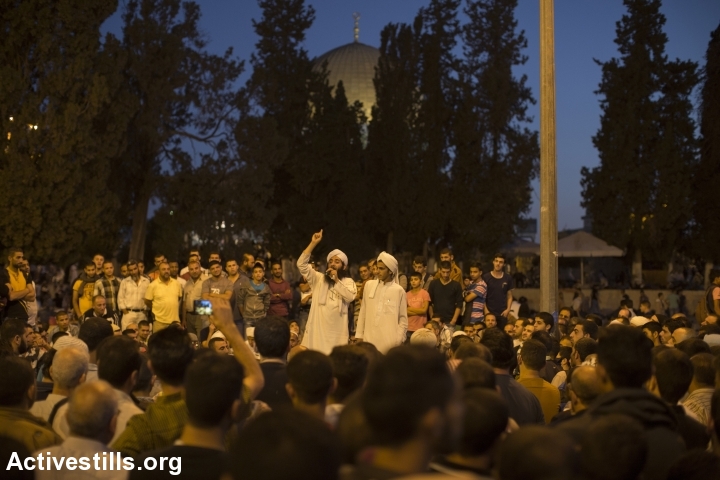 A Muslim preacher delivers a sermon to Palestinian Muslim worshippers during an overnight prayer at the Dome of the Rock, Jerusalem, July 13, 2015. (photo: Faiz Abu Rmeleh/Activestills.org)

“Incitement in Mosques.” That was the headline of a campaign that ran on Israel’s Channel 10 News this week, and which featured the station’s Arab affairs correspondent, Zvi Yehezkeli.

The promo spots, like all of the teasers in the broadcast, were frightening, including dramatic background music, photos of ISIL, and sermons about jihad, mujahadin, Al-Aqsa and other words likely to send any Israeli Jew running into the bomb shelter. The campaign gave the impression that ISIL is amassing on our borders and Yehezkeli is the true prophet, here to lay the facts before us.

Following a wave of ISIL terror attacks across the world at the start of Ramadan, Channel 10 News decided to take a look at what’s happening here — just how much of ISIL’s ideology is percolating into the Arab public in Israel and the territories. “We mapped all of the mosques in Israel and listened,” Yehezkeli tells his viewers, two days before the feature was broadcast. One day before the premier, he gave us another sweetener, this time a clip from the show itself, the subtext of which was: everything you think about Islam is right — it’s dark, scary, threatening, hateful and inciting.

And then the piece itself was broadcast. It was no coincidence that they called it a “special project.” Twenty minutes is considered an eternity in television news. For the show, Yehezkeli wore black clothes, a black cap and shot his stand-ups with mosques in the background. I tried to pick out the wheat from the chaff. Here are a few takeaways from all of the facts in the night of sermons, music, threatening shots, Yehezkeli himself’s rather frightening transitions.

The sentence, “we mapped all of the mosques in Israel,” was, how shall we put it, extremely imprecise. Channel 10’s special project looked at 15 out of hundreds of mosques spread across Israel, the West Bank and Gaza. That’s pretty far from constituting “all of the mosques.”

The bottom line: most of the sermons were “boring” according to Yehezkeli, dealing mainly with issues of religion and spirituality. “This does not represent all the mosques,” he says at the end of his report. Many of the preachers did not speak about political issues, did not mention ISIL, nor did they incite or call for violence.

On the contrary, the preacher at the main mosque in Gaza actually called for peace and tranquility, and his sermon was a shining example of humanistic Islam. Yes, he received instructions from the ruling party, and lo and behold, he even complied with them. The Palestinian Authority also instructed the preachers in the West Bank not to incite against Israel during Ramadan.

In Umm al-Fahm, a preacher in one mosque (among many) used harsh words against the Netanyahu government. The municipality published a response that was tacked on to the end of the report, which stated that the preacher does not represent the city or its residents, and certainly does not represent Islam or Muslims, “just like Yossi from Netanya does not represent all the residents of Netanya.”

A preacher in the Dome of the Rock openly espoused ISIS’ ideology, and one flag belonging to Islamic State could be seen there. There was also talk of radical settlers trying to take over Islam’s holy sites. Jerusalem Police told Channel 10 that it does not hesitate to detain and indict in such cases. 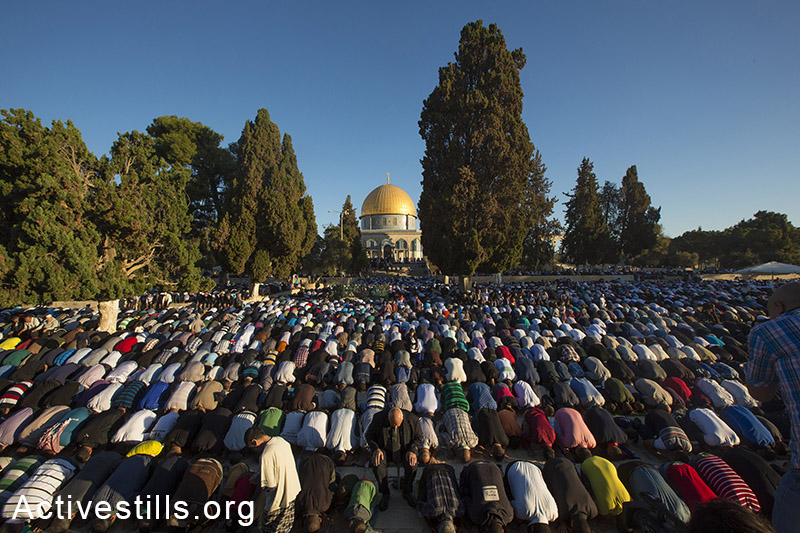 The special project also found one mosque in Beit Ommar, next to Hebron, where a preacher delivered a sermon that would offend most Israelis, which included a call to end the occupation and kick out the Jews. You don’t need a journalistic investigation beyond enemy lines to know that Palestinians believe Israel occupies the West Bank and East Jerusalem, and are interested in ending the occupation.

The lengthy report was accompanied by dramatic music, shots of Yehezkeli in all black clothing looking worried as he listens to the preachers’ sermons in Arabic, and inserts of thousands of bearded Muslims praying. And let us not forget about the headline — “Incitement in Mosques” — that appeared on the screen throughout the entire report.

But Channel 10 actually found that in the vast majority of mosques visited by Yehezkeli, which was a minority of mosques in itself, there was hardly any incitement. In fact, the preachers there complied with the regime’s request and called for peace and calm. In light of this, it seems Channel 10 tried to shoot an arrow before running to paint the target.