Instead of giving asylum seekers the benefit of the doubt, as international law prescribes, in Israel, the district courts find doubts, the Supreme Court approves their decisions, and persecuted peoples are deported before the merits of their cases can be examined. Everyone can sleep soundly.

Israel’s asylum system is designed to allow everyone, aside from asylum seekers, to sleep soundly. The chairman of the Advisory Committee on Refugees said in an interview last year that he sleeps soundly when he rejects asylum requests, because he knows that if he has erred, the court will rectify the mistake. District court judges who reject petitions filed by individuals who were not recognized as refugees sleep soundly because they mistakenly think that the asylum system is comprised of professionals with expertise, and because they likely think that the Supreme Court will rectify mistakes that they make. And Supreme Court justices sleep soundly because they too are convinced that professionals manage the asylum system, and that district court judges have thoroughly reviewed whether an appellant faces any danger. And since no one feels responsible for the fate of an asylum seeker if a mistake is made, everyone can sleep soundly, dreaming of an Israel free of foreigners.

Tel Aviv District Court Judge Kobi Vardy plays a central role in the national project of refugee denial and deporting “foreigners” in Israel, and the Supreme Court backs him. When a petition is filed against a decision made by the unit handling asylum seekers, the first to review it is Judge Vardy, who decides whether to grant an injunction preventing the appellant’s deportation until a decision on the appeal is made. In the past year Judge Vardy adopted the practice of rejecting dozens of appeals outright, without reviewing them, as he saw no grounds to do so.

Rejecting a legal proceeding outright is a practice that, in accordance with a Supreme Court ruling, is supposed to take place only rarely. But not when it comes to those claiming that their lives are in danger in their home countries; a significant number of asylum seekers are deported prior to any deliberations on Judge Vardy’s decisions.

A few months ago Judge Vardy rejected outright an appeal by a lesbian asylum seeker from Colombia who claimed that her life was in danger in her home country due to her sexual orientation. In the framework of an appeal to the Supreme Court, Justice Uri Shoham handed down a decision in November – which we only just heard about – stating that the likelihood of a successful appeal was low, and that the appellant had not proven that she faced any danger. Supreme Court Justice Shoham thus determined that there was no need for her to remain in Israel until the end of legal proceedings. Just like that, an asylum seeker was kicked out, before a court reviewed the judicial merits of the case.

We’ve already written about the manner in which the district courts and Supreme Court rule on matters pertaining to asylums seekers, with no knowledge of refugee law. They lack both the knowledge and the will to learn. Judge Vardy, of the District Court, insists that there was no evidence indicating that the asylums seeker’s life was in danger. It is unclear what evidence Judge Vardy sought. A letter from whoever she claimed might kill her, stating that he would slaughter her if she returned? A letter from the Colombian police admitting that it cannot protect lesbians who are persecuted? A note from her parents? Judge Vardy rules in the District Court; Justice Shoham approves his decision in the Supreme Court.

In many cases refugees cannot provide evidence of the danger that they face. Article 196 from the United Nations High Commissioner for Refugees Handbook explicitly notes that “cases in which an applicant can provide evidence of all his statements will be the exception rather than the rule,” and that “if the applicant’s account appears credible, he should, unless there are good reasons to the contrary, be given the benefit of the doubt.” This is the rule adopted by courts around the world; only Israel has determined that objective evidence of persecution must be presented, and if there’s any doubt – get out.

In his verdict Judge Vardy states that the asylum seeker presented a report on the human rights of homosexuals and lesbians in Colombia. He explains that the report is irrelevant as it addresses the rights of the gay community in 2009, while the asylum seeker left the country in 2007. What? The objective of assessing the situation in an asylum seeker’s home country is to determine what will happen if he or she returns, not what happened in the past. If there is evidence of lesbians being persecuted in Colombia after the asylum seeker left the country, they are certainly relevant. Judge Vardy rules and Justice Shoham approves.

Judge Vardy also reviewed the circumstances of the asylum seeker’s persecution before she left Colombia. He determined that the persecution was “not necessarily” because of her sexual orientation and “could be” due to her financial and business successes. Not necessarily? Could be? What did we say happens if there’s any doubt? Oh, yeah, around the world that would work to the asylum seeker’s advantage. In Israel it results in their deportation. One could expect that this doubt would at least lead Judge Vardy to the conclusion that the District Court must review the appeal rather than reject it outright. One could expect that the doubt would lead Justice Shoham to conclude that the Supreme Court must review the appeal and not deport the asylum seeker before her appeal is heard. No. Judge Vardy deports, Justice Shoham approves.

Judge Vardy’s verdict is rife with additional assumptions. He focuses on the fact that the asylum seeker arrived in Israel in 2007 and only submitted her asylum request in 2009. Too bad no one told Judge Vardy that during those years the procedure for handling asylum seekers was not publicized, and anyone who did not contact a lawyer or a human rights organization had no idea whether or how to request asylum in Israel. Too bad no one told Judge Vardy that research on asylum seekers indicates that members of the LGBT community delay submitting asylum requests due to the difficulties entailed in appearing before the authorities and declaring, “I am a homosexual,” “I am a lesbian,” “I am a transexual,” etc., particularly when they are from countries in which members of the LGBT community are not protected by the authorities. Judge Vardy assumes, Justice Shoham approves.

Judge Vardy is also troubled by the fact that, according to the asylum seeker’s claim, she began to face persecution in 2000 and only left Colombia in 2007. So he concluded that her life is not in danger. First of all, the Refugee Convention does not stipulate that the refugee’s life must be in danger. It requires a well-founded fear of persecution (which the U.S. Supreme Court determined in 1987 to be a 10-percent chance that an individual’s life, freedom or other basic human rights be harmed). Second, the fact that a person resides in a country in which he or she is persecuted for seven years, and only leaves then, does not affect his or her credibility or determine whether he or she will be persecuted upon returning. The decision to leave your country, even when your life is in danger, is not easy. It requires a myriad of economic and emotional resources. When Jews in Germany suffered from brutal persecution and harsh legislation that targeted them from 1933-1939, they acted in different manners. Some chose to leave immediately, some left after a few years, and some chose to stay. The conclusion – those who chose to stay faced no danger, right? Judge Vardy concludes, Justice Shoham approves.

We can go on and on. It would be fun and entertaining if this wasn’t about legal decisions that have immediate implications for a person’s life, and which reflect the judiciary’s powerlessness in criticizing Israel’s damaged asylum system. 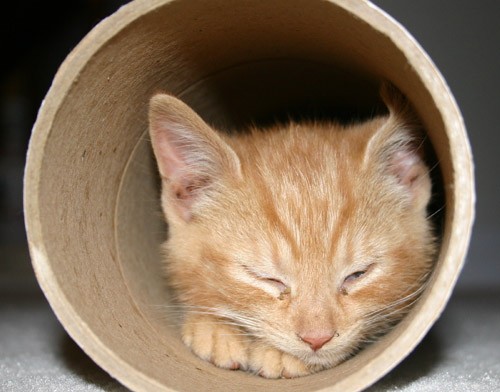