Israel’s High Court of Justice will hear a petition demanding simply that an investigation into the wounding of a foreign citizen also investigate the real suspects. 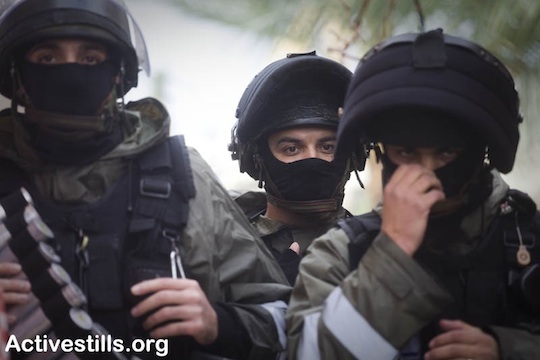 On March 13, 2009, Tristan Anderson was standing in the forecourt of the mosque in the village of Ni’lin. Anderson, an American citizen, came to Ni’lin to document the weekly protests there. The demonstration was winding down, and the Border Police were conducting their usual chase after stone throwers on a nearby hill, nicknamed “Antenna Hill.” Without any warning, a tear gas canister smashed into Anderson’s brow. He collapsed, his skull shattered. As a video taken there shows, tear gas canisters kept dropping around him. A team of the Palestinian Red Crescent tried to remove him to a hospital, but our brave troops held them for a long while at a checkpoint. After a series of long treatments in Israel, Anderson’s life was saved but he remains handicapped and suffered severe brain damage. He needs constant supervision by his parents. Everyone agrees that Anderson was not involved in any violent activity or any other provocation during the demonstration. 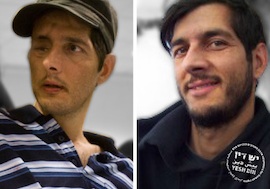 Tristan Anderson, before and after being hit in the head with an Israeli tear gas canister. (Courtesy photos)

Three days after the incident, the Samaria and Judea (West Bank) Police District began an investigation. On September 30, 2009, the prosecution announced it had closed the case without any explanation as to why. About five months later, attorneys for the families were allowed to view and photocopy the investigation file – at which point a massive hole in the investigation was discovered.

The police did not bother interrogating the policemen who shot Anderson.

The Border Police company commander, Sharon Mannor, said in his testimony – taken three days after the incident – that he deployed four to five teams, and that two of them (one in the area of Antenna Hill and another on the hill behind the mosque’s forecourt, where Anderson stood) were using crowd dispersal weapons. The team on the hill behind the mosque was led by Mannor himself.

But the police did not bother to find out what that team did; it focused on the team acting on Antenna Hill, which also wounded a civilian – a masked Palestinian – who was removed by an ambulance. The distance between Antenna Hill and the mosque forecourt is about 200 meters, well beyond the range of a normal gas canister.

According to a series of witnesses, Palestinian and international activists, of course from whom the police did not bother to take statements, the shooting of Anderson was carried out from a range of about 50 to 70 meters. The police investigators not only failed to interrogate Company Commander Mannor’s team, or the other witnesses – they refused to come and view the scene of the incident. I think that’s breaking the record of investigation negligence, a shady record already held by the very same police district.

A first appeal against the decision to close the case was filed, exposing a video showing gas canisters falling around Anderson after he collapsed – a video exposed only in 2011, which the police were unaware of during the first investigation. The investigators interrogated Mannor once again, and this time – many months after the incident – he changed his version of events. Now he was saying there was only one team using crowd dispersal weapons, and that was the team on Antenna Hill. The investigators, apparently unwilling to return home with any laudable action, did not confront Mannor with his testimony taken three days after the incident. They also refrained from finding out which of Mannor’s policemen were part of the team standing on the hill behind the mosque.

After all, he was only an Israel-hater. He deserved that grenade in the head. That will teach him and his anti-Semitic friends a lesson. Are we to cause trouble for good policemen because of someone like that? And this attitude, it must be said, is not confined to specific investigators; it is a systematic failure, not limited to Israeli police. In study after study, police forces around the world have shown to be are composed of people more right-wing than the average citizen. It comes with the job. 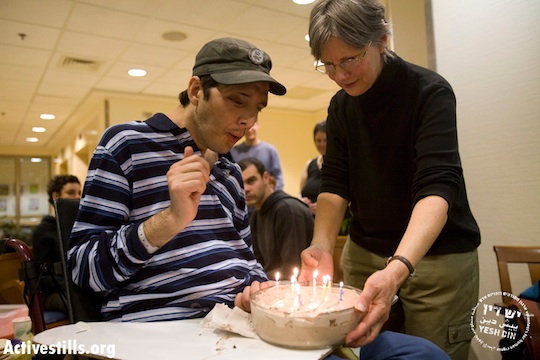 Except that “good cops” are cops who enforce the law, and shooting an unarmed man who does not pose any danger – yes, even if he is not a Jew – is not “enforcing the law”: it is a gross violation of it. Anyone who kept quiet and allowed such policemen to keep working in the force will find out sooner or later that the violence directed at a foreign blogger will, one day, be directed at him. And in his case, too, the police – who were not punished for what looks very much like a whitewash – will bury the investigation.

Tomorrow, Wednesday, July 10, at 9 a.m., the High Court of Justice will hear Yesh Din’s petition demanding that the police hold a real investigation of the Anderson case. Updates will follow.