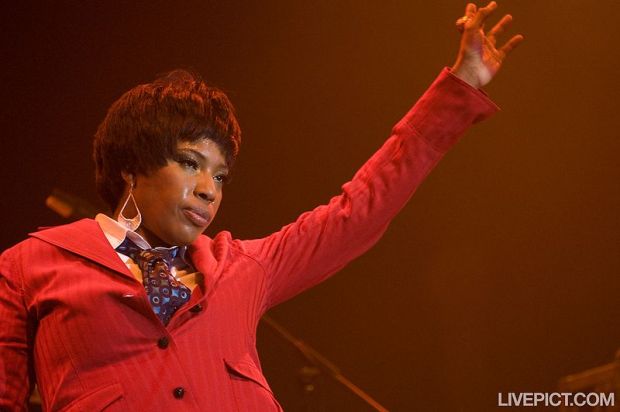 Macy Gray. Would Palestinians be able to see her too? (photo: livepict.com / via wikimedia commons)

So Macy Gray decided to perform in Tel Aviv. After sharing her hesitation with her fans on Facebook, Gray apparently made up her mind not to cancel the gigs she planned to have in Israel. One of her tweets implies she was also turned off by some of the messages she got from the pro-Palestinian side. On Wednesday night, Gray posted a response to one of her followers: “@bahebakyagaza See I’m willing to listen – really listen – but some of you so called boycotters are just assholes.”

I guess some of the posts on Gray’s Facebook wall were indeed unpleasant, and too many were written in all-caps. For someone unfamiliar with the intensity of the Israeli-Palestinian debate, the language and tone on both sides can be shocking. But there is an issue here that goes deeper than style.

Many artists believe that music transcends political boundaries and everyday reality, so they are unwilling to submit their work even to political causes they believe in. Artists also tend to think that fans shouldn’t be punished for their governments’ actions, and some think that it’s not a good idea to mix politics and music. What’s more, most people were educated to believe that banning someone – anyone – is a bad thing, and they are inclined to think that this goes for states too. After all, the US and China commit atrocities as well, so if we ban Israel, why not ban them?

I don’t dismiss these arguments (I tried to deal with some of them here), but I do see a problem in the fact that they focus entirely on the Israeli side. In other words, they deal with one question only: Whether Israelis deserve to be boycotted. Some say they do, others say they don’t, or argue that in such a case everyone could be boycotted; still others claim that even if you could justify the boycott, it would be a counter-productive act that would only push Israelis further to the right.

The same goes for the boycott issue: It’s not the fact that Israelis want to go to a music concert that should bother people, but rather that Palestinians can’t attend the same shows. Even though they live under Israeli rule and on the same territory, the Palestinians are locked in their towns and villages, unable to travel or to have anyone visit them without a special permit from Israel. The inability to come to the concert is a symbol of the bigger problem.

So, instead of engaging in the endless debate on whether Israelis are evil enough to have them punished by canceling a music gig – something most artists feel uncomfortable with – I offer a simple test: When booking a show in Tel Aviv, the artist should ask that some of the tickets, say 25 percent, would be sold exclusively to Palestinians and that all ticket holders would be admitted to the concert (naturally, there would need to be some adequate security measures, but if that’s what will help Israel fight the threat of the BDS, I am sure it could be arranged).

If the Israeli organizers of the show refuse or if they are unable to deliver – it will become much harder for them to claim that there is no political problem with the gig, or that Israel’s treatment of the Palestinians shouldn’t be compared to Apartheid. And if they deliver, the artist gets to play a real part in bringing down the walls between Jews and Arabs. In any case, everyone would know where they stand.

I know this idea must seem crazy to some Israelis. Selling tickets to Macy Gray in Ramallah? But didn’t we just say music transcends borders and walls? If so, let’s put this notion to a real test.