One week after Ynet reported settlers’ claims that “anarchists” and Palestinians were filmed committing arson in a field in the West Bank, Maan News published a video clip and report supplied by people who participated in the incident. The video obtained by Maan shows that the settlers were – well, let’s just say they were mistaken (I am feeling generous today).

Six foreign nationals and Palestinians set fires alight near the West Bank settlement of Bat Ayin in the Gush Etzion bloc. Police said the suspects were taken in for questioning on suspicion of arson and illegal congregation.

Settlers said that at about 11 am they saw fires on lands they said belonged to Bat Ayin. Security sources said it was apparently land whose ownership is not regulated.

A video clip, filmed from a distance by settlers from Bat Ayin, an extremist settlement established illegally in the early 1990s, is embedded on the Ynet report page. The caption on the video is, “Caught on camera: anarchists at work.”

The rest of the article continues in a similarly editorialized fashion. It is, to put it bluntly, a piece of far-right propaganda that is totally unsuited to what is supposed to be a credible, mainstream news source. It is the most appalling, crap excuse for journalism that I’ve seen in a very long time.

In the Ynet piece, a settler leader says that “anarchists” from abroad were helping Palestinians to establish “facts on the ground” by burning “state land.” In fact, the land belongs to the Palestinian village of Saffa, which is in the occupied West Bank. It most certainly does not belong to the State of Israel – at least, not according to international law.

The Ynet reporter did not trouble to obtain a statement from any of the people seen in the video – or from any other Palestinian source. None of the foreign activists is quoted; and no evidence is presented to support the theory that they are “anarchists.”

A few days ago, Ma’an News published a report – accompanied by a video of the same field-burning incident. This time, however, the video was filmed from up close by people who were in the fields. It turns out that some activists associated with the International Solidarity Movement were helping Palestinian farmers from the village of Saffa to clear weeds from their own land, in preparation for replanting.

The group was assisting Palestinian farmers clearing weeds on farmland to prepare it for replanting, one international told Ma’an. Part of that work necessitated burning various piles of brush in bundles controlled by dirt and stones, he said noting that the method is typical among farmers across the West Bank.

Here’s the video, below. Take a look and see for yourself.

In the Ynet report, the last line is a quote from Shaul Goldstein, head of the Gush Etzion Council. “Whoever loves this land, does not burn it.” That is an extraordinary statement, coming from a settler, given that settlers burned more Palestinian olive groves this year than on any previous year. 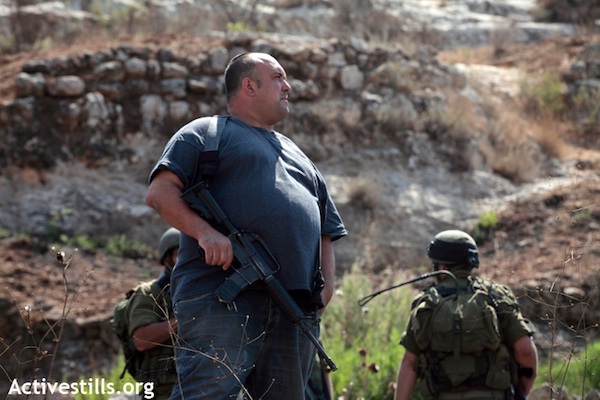 Sheriffs of the land: Meet the settlers with military authority
The position of the Civilian Security Officer is unique to Israel: a settler who gives orders to IDF soldiers as if he is an officer, but is not actually held responsible under the military system. So, to whom is he accountable? By Yesh Din, written by Yossi Gurvitz I remember my first Ravshatz (Hebrew acronym…
By +972 Magazine March 10, 2013 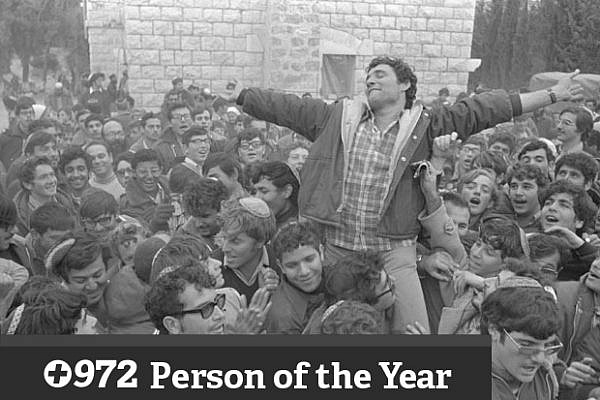 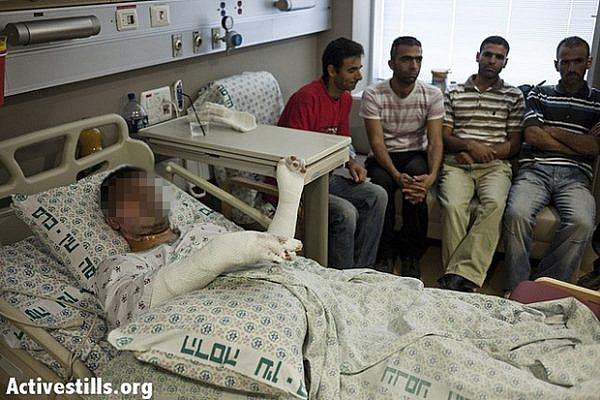 Netanyahu reaches out to Abbas to condemn firebomb attack
In an atypical move, Prime Minister Benjamin Netanyahu contacted, through an envoy, Palestinian Authority President Mahmoud Abbas Friday to express the severity of Thursday’s firebomb attack on a Palestinian taxi cab that left six people, including two children, injured. According to Haaretz, the prime minister conveyed to Abbas that Israeli security forces would do everything in their…
By Mairav Zonszein August 18, 2012