This morning, in the northern West Bank village of Ein Abbus, settlers attacked villagers, set fire to a car and spray painted multiple walls with graffiti “we will never forget”. At approximately 630 this morning, dozens of settlers entered the village and set fire to one car. Settlers then began to vandalize Palestinian property and spray paint graffiti on walls throughout the village. Army soldiers and police arrived on the scene but did not force the settlers out of the village. Only after the settlers were exhausted from their rampage, did the army escort them from the scene. 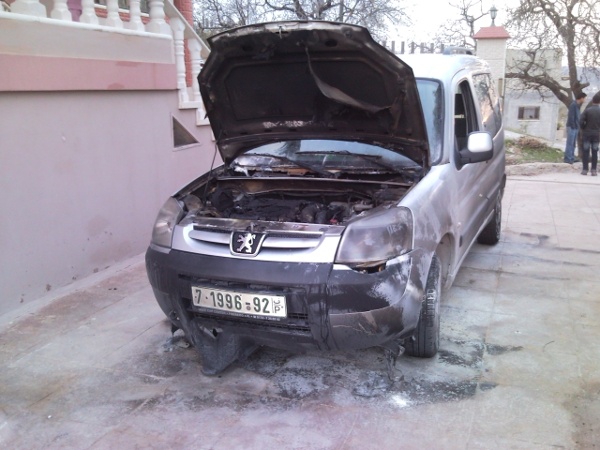 The village of Ein Abbus, near the city of Nablus in the north West Bank, has been subject to settler harassment in the past. This attack is the latest in which the army and police have directly supervised the rampage.