Settlers from the West Bank outpost of Adei Ad threw rocks at a U.S. Consulate convoy carrying American diplomats on Friday afternoon. The convoy was hit upon arriving at a nearby Palestinian village to examine olive groves that were uprooted a day prior.

According to Ynet, American security personnel drew their M16 rifles as settlers approached the convoy. The State Department later denied that guns were drawn. No one was injured in the confrontation. 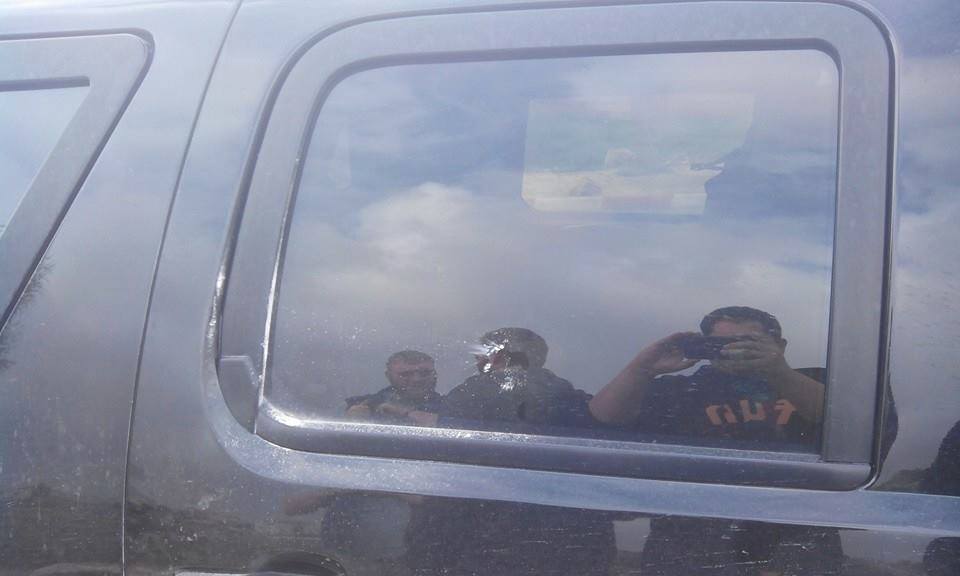 One of the U.S. Consulate vehicles that was hit by a rock. (photo: Rabbis for Human Rights)

The diplomats arrived in the area after Palestinians who live in village of Turmus Aya and have U.S. citizenship asked them to look at the damage caused to their trees. The convoy included workers from Jerusalem, although the consul was not present. Settlers claimed that the diplomats entered the area without prior permission, and that their presence allowed Palestinians to enter the outpost.

The U.S. Consulate has yet to officially respond to the event, however American sources say that the president is currently looking into the incident. Israeli police, however, stated that the consulate members arrived without prior coordination.

Turmus Aya recently made headlines in after Palestinian Authority Minister Ziad Abu Ein collapsed there in the wake of an attack by an Israeli soldier. Abu Ein died shortly thereafter in a Ramallah hospital.