Since +972 Magazine visited the site earlier this year, the track has been paved — despite an Israeli army order to stop construction. The Israeli military often uses firing zones to displace Palestinians. 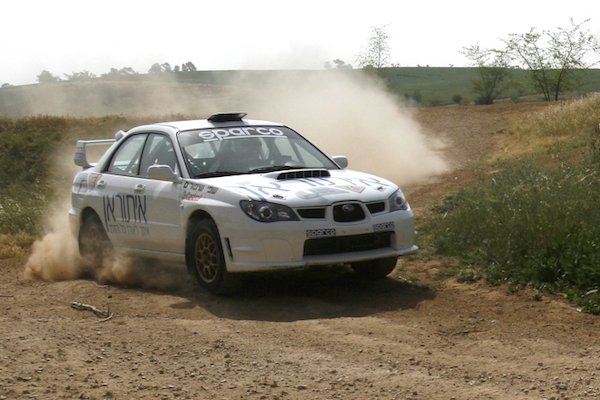 In February, +972 Magazine reported that the track was being constructed just north of the Petza’el settlement in the Jordan Valley area of the West Bank, on a large tract of land near Wadi al-Ahmar and Route 505. The only catch: the track is partially inside an IDF live firing zone in the occupied West Bank — a designation Israeli military authorities often use to displace local Palestinian populations.

When +972 Magazine visited the site earlier this year, the area was fenced off, with large mounds of dirt and stacks of metal located on site, including what appeared to be metal bars that will form the overhead to mark the starting point. Since then the track, which is being funded by the Jordan Valley Regional Council, has been fully paved, seemingly in contravention of military orders. 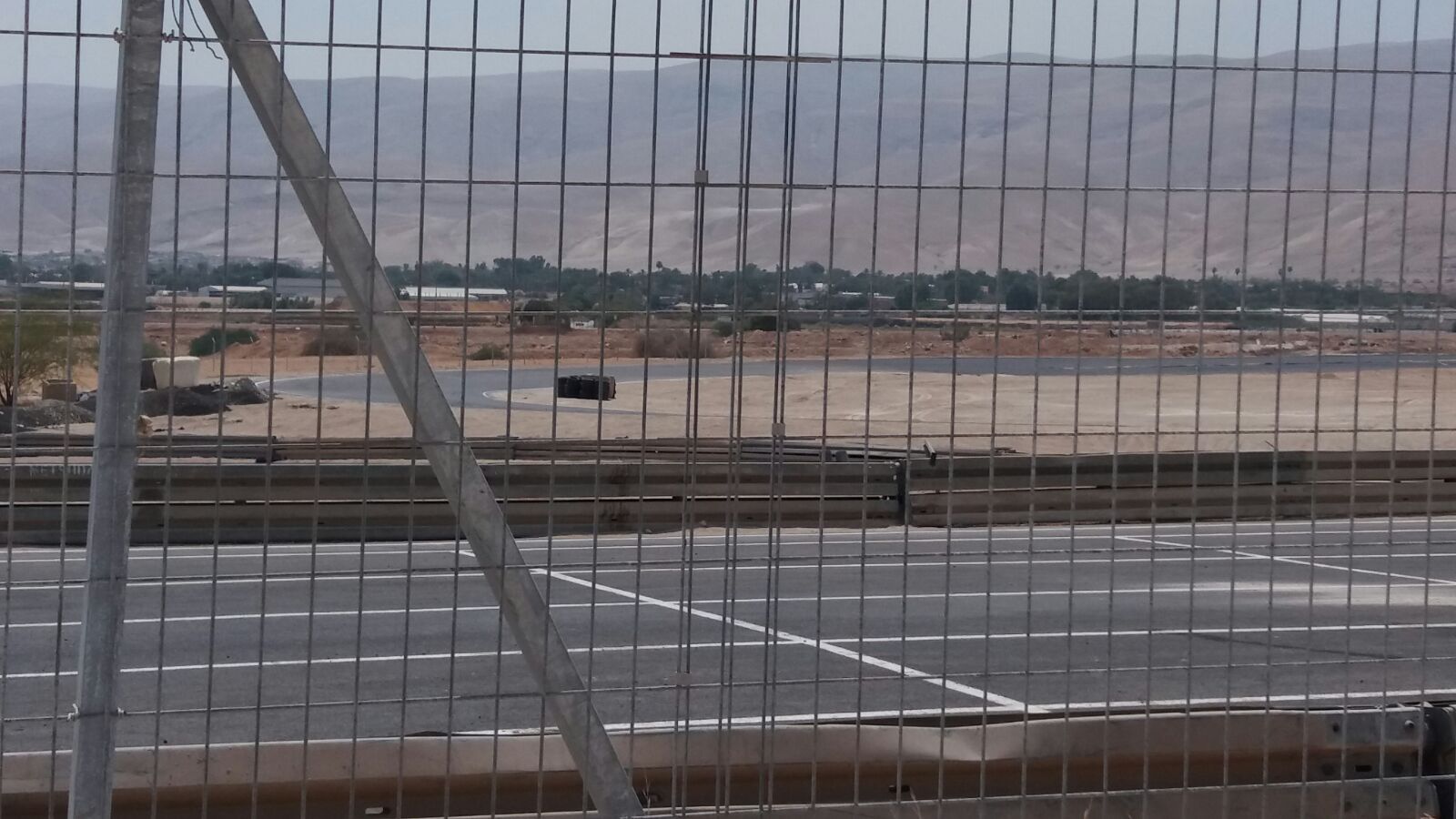 The newly paved section of the race track, a portion of which is inside an IDF live fire zone, August 2017. (Photo by Dror Etkes)

According to Micky Yohai, a veteran Israeli racer who is behind the project, the 1.2 kilometer long track was supposed to be ready by May 2016. Ultimately, the track is slated to include a motocross track, a drag strip, and a 3.2 kilometer paved track. In an interview with Ynet last year [Hebrew], Yohai said the project would begin with a dirt track — the first sign of success of a two-year process with the Jordan Valley Regional Council, headed by David Alhayani, who “is strongly pushing the issue.”

Alhayani declined to answer +972 Magazine’s questions on the matter in February. He previously told Ynet that the track would provide athletes with the ideal place to race, making no mention of the fact that it would run through an IDF training zone.

The Israeli army’s Civil Administration, which serves as the military government in the West Bank, told +972 Magazine back in February that it had issued a stop-work order against the track, and acknowledged that the facility was being built illegally. The decision whether to demolish it or not “will be carried out in accordance with political directives and the necessary legal approval,” the Civil Administration said at the time.

When reached for comment on Sunday, the Civil Administration reiterated that the track was built illegally and without approval from the necessary authorities, and that “work has ceased until a decision is made over formalizing the track.” However, the Administration added that the authorities are currently examining a master plan for “a tourist site” north of Petza’el, “which will include the race track, without any deviation into the firing zone.”

As of publishing, the Jordan Valley Regional Council had not responded to +972 Magazine’s questions about the new construction. A response will be added here if and when it is received. 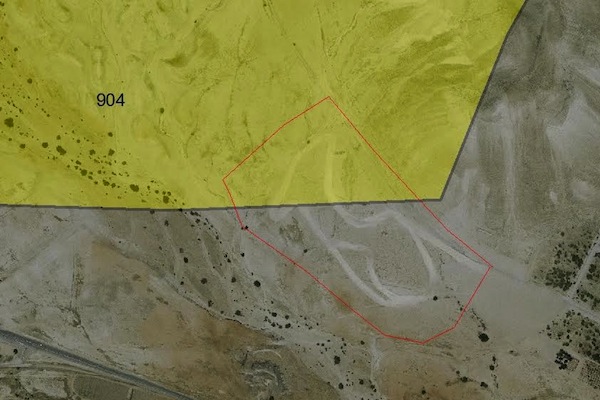 An aerial photograph of the RallyCross track built in Firing Zone 904 in the West Bank. The red line marks the approximate area of the fence surrounding the track. (Dror Etkes)

Since 1967, the areas declared closed military zones in the West Bank cover almost 420,000 acres — almost one third of the total area of the West Bank, and more than half of Area C, which is under full IDF control. Nearly 247,000 acres of these areas have been closed for training purposes or for the establishment of military bases.

Approximately 6,200 Palestinians in 38 communities live in live fire areas, the vast majority of which make a living from livestock and agriculture. Most of these communities have existed long before Israel occupied the West Bank in 1967. Over the years, IDF firing zones have become a tool used by both Israeli authorities and settlers to displace Palestinians. (Read here for more on how the army and settlers use firing zones to dispossess Palestinians.)