Part three. In which old friends reunite and talk about leaving. 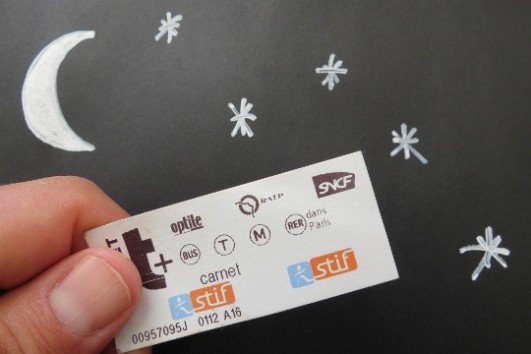 Some time after sunset, the muezzin at Jaffa’s Abu Nabout mosque called for prayer one last time. Meanwhile, protesters at the nearby Clock Square stretched a clothing line across the street. On the line hung baby clothes, reminders of the baby Ali Dwabsheh, who was burned alive.

I crossed the street to take a photo, then returned to the side where the other protesters stood, almost tripping as I did over a bundle of clothes made to look like a dead Palestinian baby. Had I tripped, I would have knocked over a living Palestinian toddler who stood there, sucking his thumb, hugging a huge teddy bear clad in a purple dress.

The demonstration was angry. The chants were all in Arabic and most were directed at Mahmoud Abbas. “They don’t see any point at chanting at Netanyahu,” explained a friend. It was Siwar, the same Haifa Palestinian whose mention caused my second Jerusalem night to fall apart. Three days have passed since. This was Tuesday and I was doing better, but felt that I shouldn’t be pushing it. I kept picturing some irate Israeli driver throwing a hard object at our demonstration, a hard sharp object that would hit one of us. Eventually, when the scene began spilling into the road, turning Jaffa into a massive traffic jam. Ruthie and I bid Siwar farewell and left for Tel Aviv.

She went to have a few drinks with friends, and so did I, but I dare say my gathering was somehow more momentous. A few days earlier I bumped into my high school friend Maya, and we decided to get our old gang back together. We had stopped hanging out together shortly after Rabin’s assassination. We were nearly 20 then, now nearly 40.

How do you do it?

We met at a distinctly unhip, but quiet and friendly cafe on Sheinkin St. Guy is a father of three, living in a leafy suburban development outside a kibbutz. Noga, who dated him in the old days, also bore three kids. Years ago she met a handsome Indonesian filmmaker, and is now possibly the only Israeli living in a land most of the rest of us can’t even visit as tourists. Maya, meanwhile, is only weeks away from leaving for Berlin with her husband. They need to try something different.

We quickly ordered wine and began talking about the old days, but I just couldn’t. I first had to talk about the killing. The killing at pride.

They all knew I was witness to it. Facebook.

“It became much harder Sunday, once we heard the girl actually died.” I told them. Today I spoke to my sister Michal. Did you know she became a mental health officer at the army? Anyway, she asked me a few questions and ended up diagnosing me with PTSD. She said the symptoms should pass within a few days, and if they don’t, to let her know.”

“What are the symptoms?” Maya asked.

“Lack of sleep, repeatedly envisioning the event, not being able to talk to people without first bringing this up, stuff like that. ”

“And what about Ruthie?”

“She seems better. She’s tougher than me. But the more I think of it, the more I envision what would have happened had she been hurt. I mean, she was there because of me. She was there to support me, just like the girl who was killed, who came with a friend.”

Silence took over the table.

There was particular irony to Guy’s stability. He is the only one among us born on foreign soil, in Italy, to a Dutch mother and Israeli father.

“I can’t say we didn’t think of leaving,” he said. “My parents live again in Italy now. My brother in law left for upstate New York, largely because of the politics here. Mica often suggested we joined them. But we have three kids now. We’re here largely because of the roots we put down. You know how it is. Home, children, language, culture.”

“I remember when you would travel Europe a lot,” Maya said to me. “You came here between trips and we would walk down the street and pass a newsstand. The headlines spoke of some terrible plan of Liberman to exile all the Arabs or something like that, and you would say, ‘If this should ever come to pass, I’m coming back here to lead the revolution.’ and I told you, Yuval, you chose to live abroad, I don’t think you have the right to come here and lead a revolution.”

“Home remains home even when you leave it,” I argued, “De Gaulle supported the resistance from London. Sometimes exile cannot be avoided.”

“Plus, look, I’ve now been stable here for nearly a decade.”

“And now I’m leaving,” she smiled. “Isn’t that something?”

“And how are you doing in Bali?” I asked Noga. “Are you feeling Balinese?”

“There’s a very clear distinction there between the Balinese and the Westerners.”

“But do you feel Westerner-Balinese?”

“Oh, that I do. I’m living a life I always wanted to live. That’s what I wanted to do. To live by the sea, talk about spirituality, be a hippy.”

“And the kids enjoy visiting here?”

“Yes. there’s all this stuff here they don’t find at home, like sidewalks, and playgrounds”.

Huh? “They have no sidewalks and playgrounds there?”

“Nope. it’s a third world country. There’s no planning of any kind, except that you can’t have your house be taller than a palm tree, unless you’re in the government.”

“Meanwhile here it’s all about sidewalks and playgrounds,” Maya said, “everything is geared toward children. That’s the Zionist endeavor.” She sounded cynical, even bitter. “You know, a little while ago I bumped into a friend I haven’t met in a long time. I was so stunned to see her that at first I totally ignored how seriously pregnant she is. Once It hit me, I pointed to her belly and told her: ‘The IDF is proud of you’. Then I thought, what the hell. It’s true. The IDF really is proud of her. That’s the Zionist endeavor. We must always have more children.”

“…So there will be more soldiers.” Noga concluded.

The pot of boullion

We talked about a lot of other stuff, mostly about death. The cliche is that when Ashkenazi Jews meet they talk a lot about death and disease. Maya’s husband came up with a brilliant epitaph and requested it in his will. It is too brilliant for me to quote here, lest someone steal his joke.

She also told told an anecdote about her mother’s funeral. I knew her sweet mother well before our paths diverged. Suddenly my phone ring. It was Ruthie. I wanted to invite her over, but she was in distress. “I don’t know what happened to me,” she said, “I can’t walk. I only had two drinks but I can’t move. I’m sitting on the stairs of the Great Synagogue.”

I paid for my noodles and a quarter of the wine and bid the three a quick bye. That suited me better than the heavy farewells one bids people who leave. Who really leave. Stepping out of the air conditioned cafe felt like diving into a pot of bouillon. Ruthie was seated on the Synagogue’s filthy stairs in cold sweat, more sweat that I had seen her produce in four years. “I don’t know what happened to me.” She said again.

Home wasn’t far, so once she managed to get up, we walked, but had to stop for breaks on benches. The air wasn’t just muggy. It was as hot and thick as baking Sculpey. Tel Aviv in August can be vicious even in the after hours. There is no respite. I looked at my sweaty, exhausted, disheartened love, then at people walking about us or sitting on terraces, laughing and healthy, and she was the only one there who really made sense.