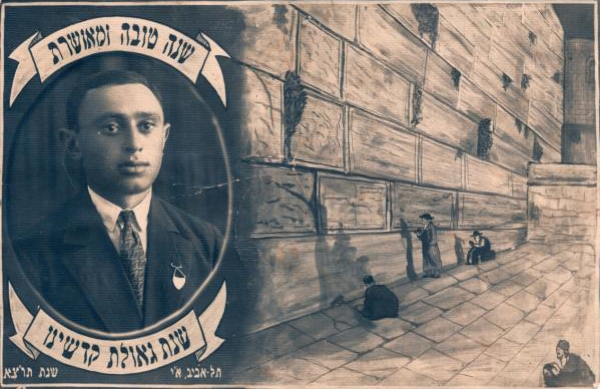 A personalized Rosh Hashana greeting card sent in 5691 (September 1930) from Tel Aviv to Volhynia. The card shows a drawing of the Western Wall in Jerusalem, and a photograph of the sender. The Hebrew inscription says: "A good and happy new year, a year of redemption."

Rosh Hashana, the Jewish new year, begins this evening – as does Eid al-Fitr, the Muslim festival marking the end of Ramadan. One of the holiday traditions – besides overeating – is the sending of greeting cards. Over recent years, as social media has taken over our lives, personalized greeting cards have been replaced with less-personal emails, blog posts, or video greetings. Take, for example, President Obama’s video greetings to Jewish Americans, posted on the White House website.

This year, the Geneva Initiative, a Palestinian-Israeli NGO that is really more of a power peddler than a peace pursuer,  once again sent around a video clip they first made in 2008. It shows several well-known members of the Palestinian Authority and/or Fatah offering traditional Rosh Hashana greetings to their Israeli friends. Note that some of the men in the video (and yes, they are all men), like Soufyan Abu Ziadeh and Jibril Rajoub, speak in Hebrew – a language they learned as political prisoners in Israeli jails. Now the jailers and the prisoners are friends, which doesn’t impress either the Israeli street (they’re all a bunch of terrorists; you can’t trust them) or the Palestinian street (yet more evidence that Fatah has been co-opted by the Zionists).

Meanwhile, here is a selection of greetings I received by email over the last 24 hours:

This one, from the Association for Civil Rights in Israel (ACRI), was sent out in Arabic and Hebrew as well. 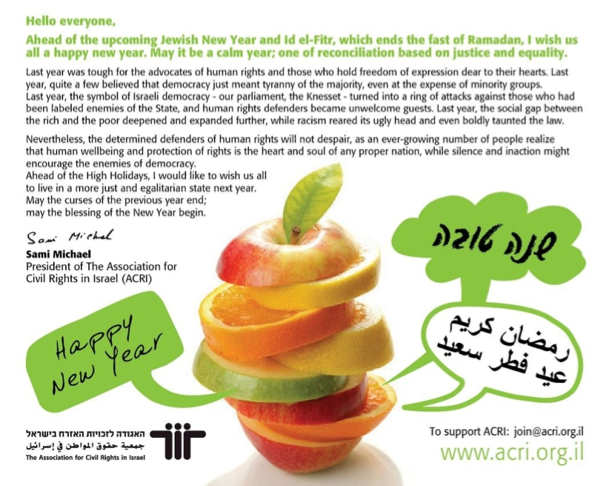 Here’s the greeting card from Gisha, an Israeli NGO that advocates the rights of Gazans. 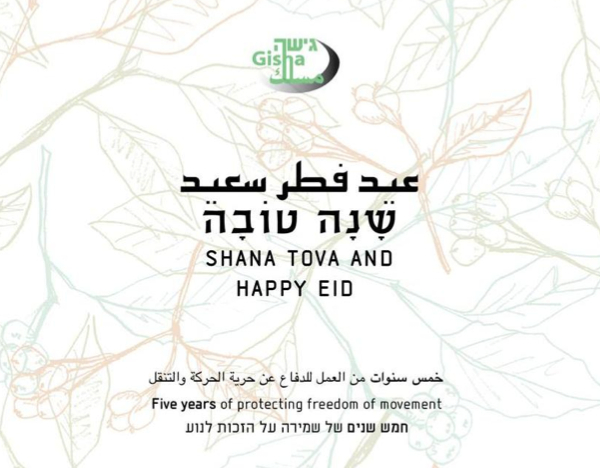 From Hadar, a neo-con think tank that cultivates people like Daniel Pipes. The board includes Uzi Dayan and Dore Gold. Hadar’s greeting includes a wish for prosperity, security and strength. To which I say, Where’s the love?! 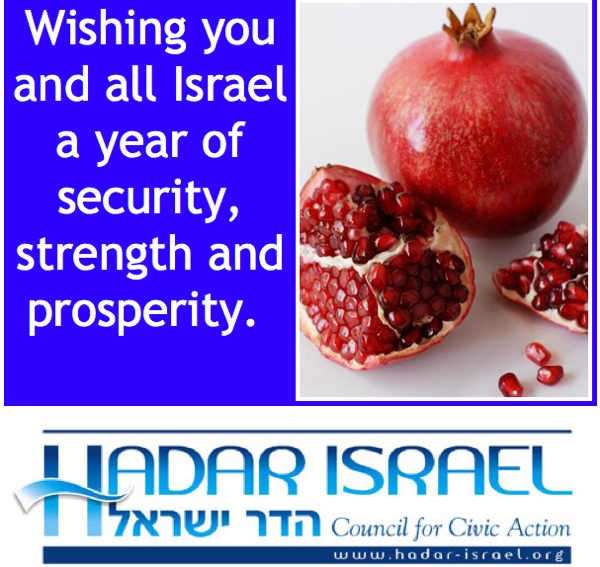 And here’s my favourite, from hipster PR agent Moran Paz, a Tel Aviv “it” girl who represents some of Israel’s coolest music performers. She’s taken the format of a traditional old school class photo, placing her clients in the mini frames. Moran’s the one in the middle, at the top. 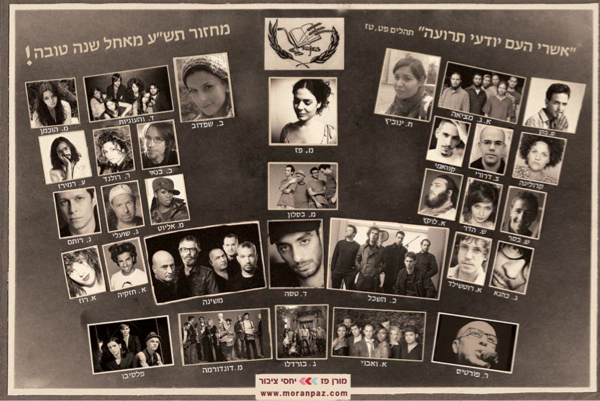