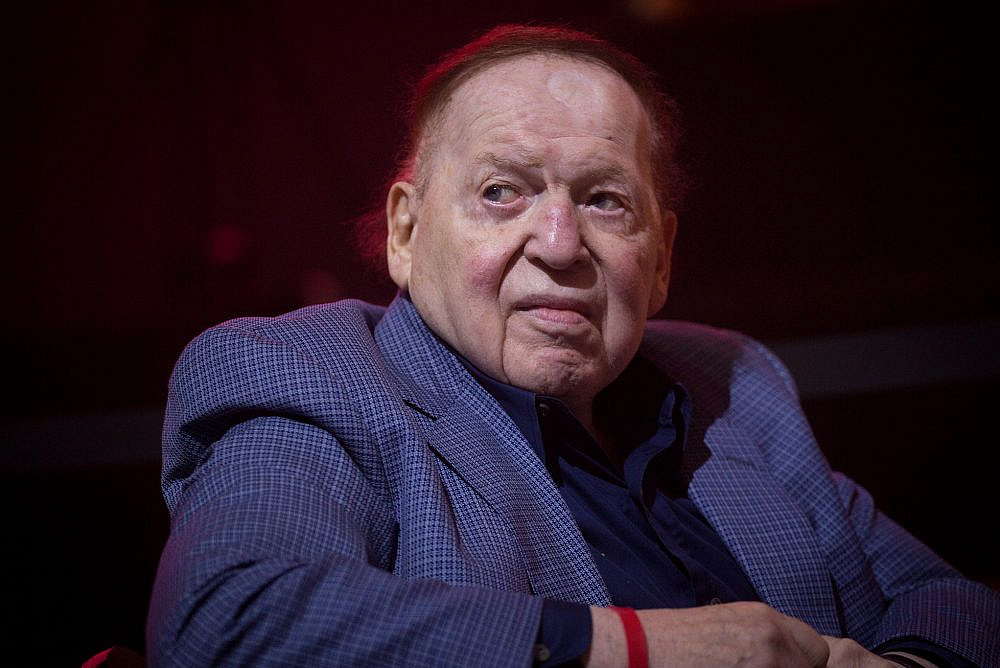 Israeli flags were held up high during the infamous Jan. 6 rally aimed at overturning the U.S. 2020 election results, an event that turned into a deadly riot when a mob of President Donald Trump supporters breached Congress’ gates. White Christian evangelicals attended with signs and banners that read “Jesus Saves” and “Jesus is my savior. Trump is my president.” Orthodox Jews were there, too, even as neo-Nazis proudly displayed rank antisemitism right next to them.

On Tuesday, six days after the riot, 87-year-old billionaire Sheldon Adelson, perhaps the most prolific donor to Republican and right-wing Israel lobby efforts to ever live, died from lymphoma.

The Capitol Hill rally and Adelson’s passing are inextricably linked. A key part of Adelson’s legacy lies in the melding of Christian evangelicals and the Jewish far-right — a coalition on display for the world to see on Jan. 6 — and how they banded together to drag U.S. policy on Israel to the right. This joint effort culminated in Trump’s presidency, which delivered time and again for Adelson and white Christian evangelicals.

Together with his wife Miriam, Adelson used his massive wealth, derived from his Las Vegas casino empire, to fund the Republican Party and Israel lobby organizations; he also supported Israeli right-wing causes and bankrolled the free, pro-Netanyahu newspaper Israel Hayom. In 2017, Adelson said, “I’m a one-issue person. That issue is Israel.” 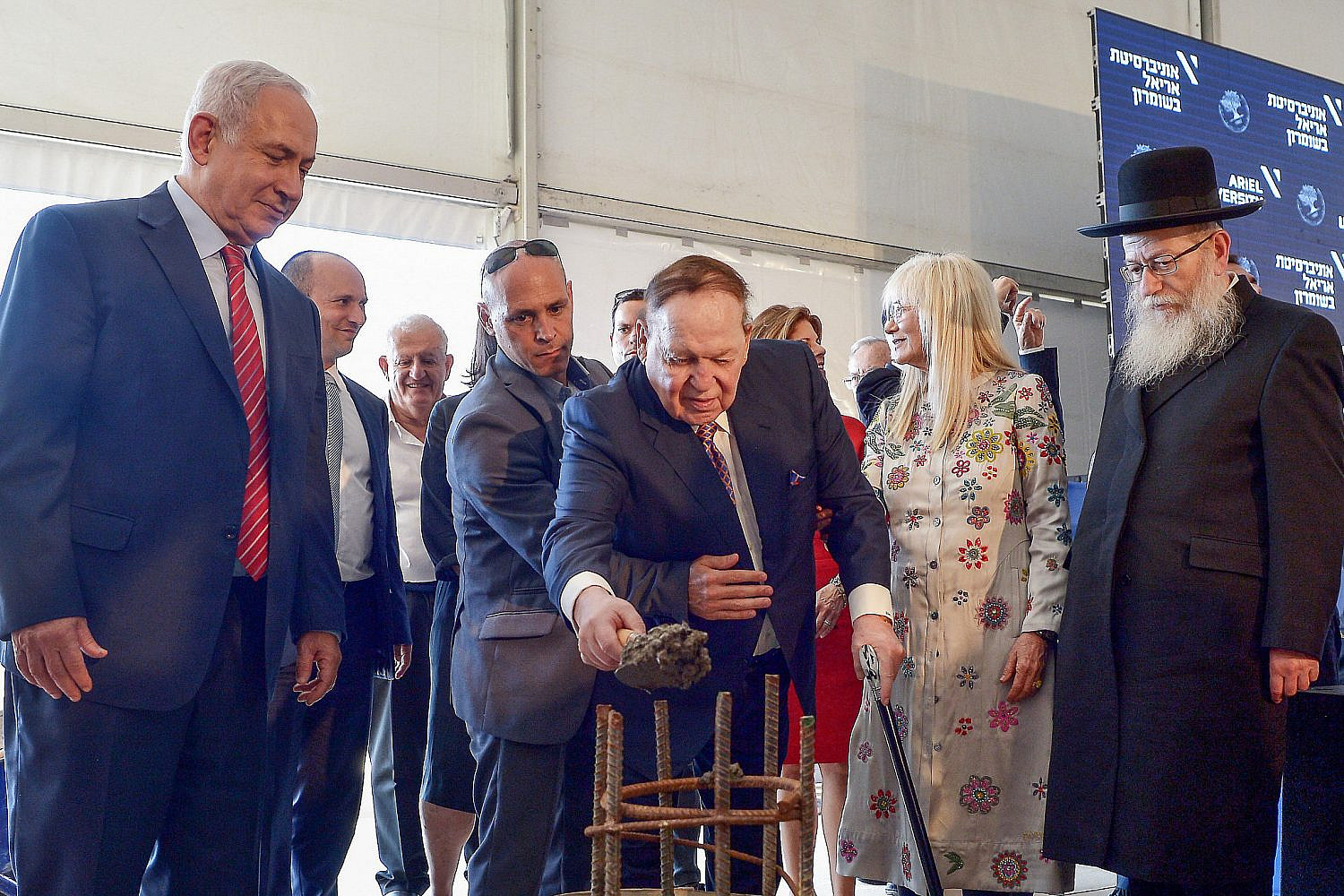 American businessman and investor Sheldon Adelson at the ceremony of a laying of a cornerstone for new Medicine Faculty buildings at Ariel University in the West Bank, June 28, 2017. (Ben Dori/Flash90)

But it’s not just Jewish or Israeli organizations that Adelson backed. Since 2012, he donated $4.6 million to Christians United for Israel (CUFI), the flagship Christian Zionist organization in the United States, according to a +972 Magazine review of the Adelson Family Foundation’s tax filings.

CUFI was founded in 2006 by the controversial evangelical pastor John Hagee. In 2003, Hagee wrote that the Antichrist will be “partially Jewish, as was Adolf Hitler,” and, in a 2006 book, appeared to blame Jews for antisemitism, saying, “It was the disobedience and rebellion of the Jews… that gave rise to the opposition and persecution that they experienced.” In a late 1990s sermon, Hagee argued that the Nazis had fulfilled God’s plan to get Jews out of Europe and send them to their Biblical homeland in Israel — a sermon that pushed the late Senator John McCain, running for president in 2008, to reject Hagee’s endorsement.

But for Adelson, Hagee’s Christian antisemitism was not a red line; the pastor’s creation of an Israel lobby group that would push Adelson’s policy priorities took precedence. CUFI and Adelson were aligned on supporting Israeli settlements in the occupied West Bank, rejecting Palestinian self-determination, and torpedoing diplomacy with Iran. In 2014, CUFI honored Adelson at their annual lobbying conference, prompting Adelson to say, “I’ve never had a greater warm feeling than being honored by Pastor Hagee.”

Adelson’s alliance with the Christian right grew stronger in 2015, when Adelson bankrolled the creation of the Maccabee Task Force, a campus initiative to oppose the Boycott, Divestment, and Sanctions (BDS) movement. Adelson has given the task force about $22.1 million since its establishment, according to his foundation’s records.

The head of the Maccabee Task Force is David Brog, formerly the executive director of CUFI. Under Brog, the initiative has tried to undercut support for the Palestinian rights movement by funding trips to Israel for college campus leaders. 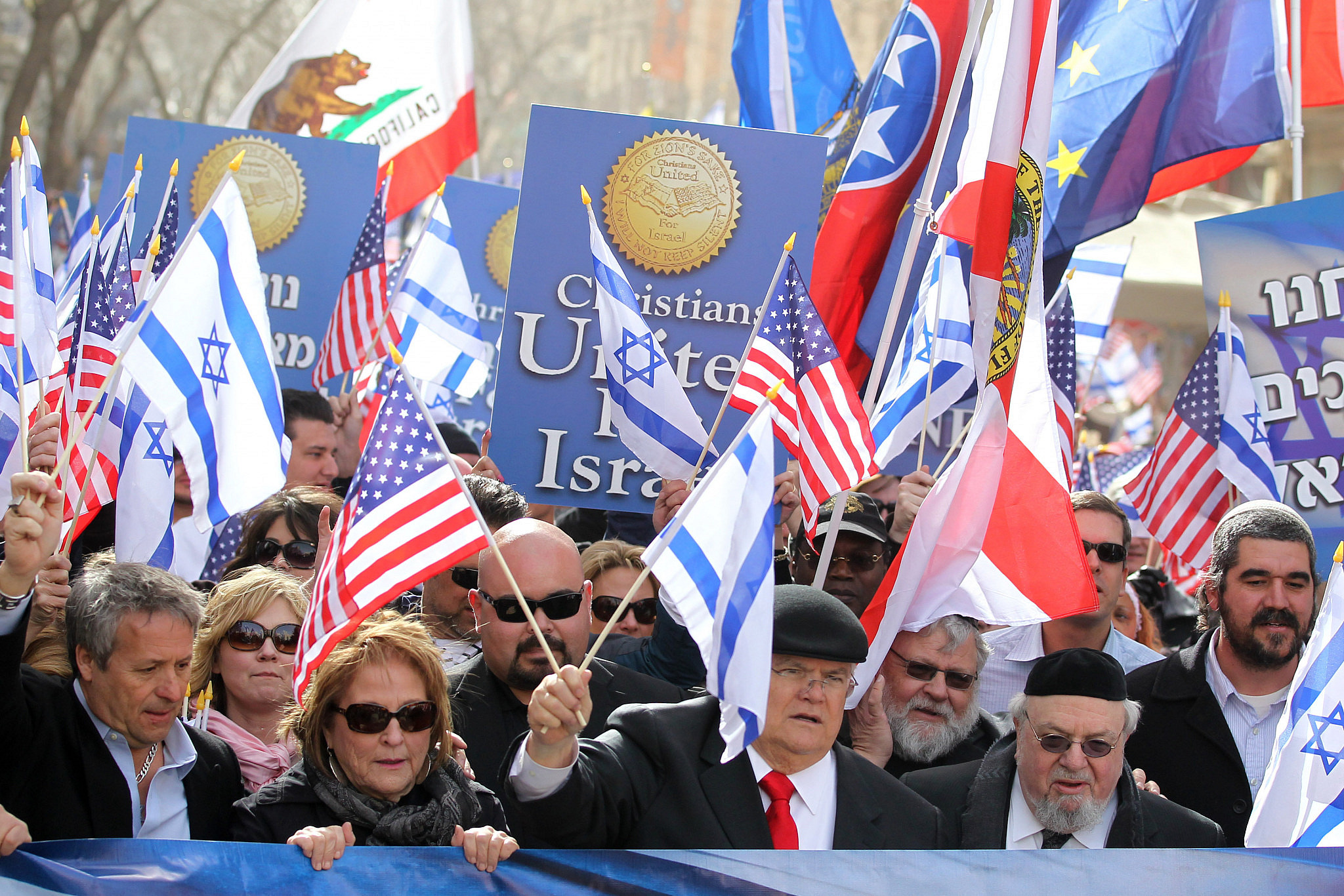 The Christian-Jewish right fusion that Adelson embodied has now had four years in power. Under Trump’s administration — a strong ally of CUFI whose campaign was also supported by Adelson — the United States has empowered right-wing hardliners who want to bomb Iran and entrench Israeli apartheid. The incoming president, Joe Biden, will be taking the reins of U.S. policy at a time when the Iran deal is on thin ice and Israeli-Jewish supremacy is being cemented between the river and the sea.

Trump is set to leave office on Jan. 20. But as last week’s riot shows, the forces that led to his rise — a toxic cocktail of Christian evangelicalism, white supremacy, and hard-right Zionism — are here to stay. In many ways, we are living in the world that Adelson made. Even in death, Adelson’s wealth, now taken over by his wife Miriam, will continue to give life to the nightmare on display in the United States and in Israel-Palestine. 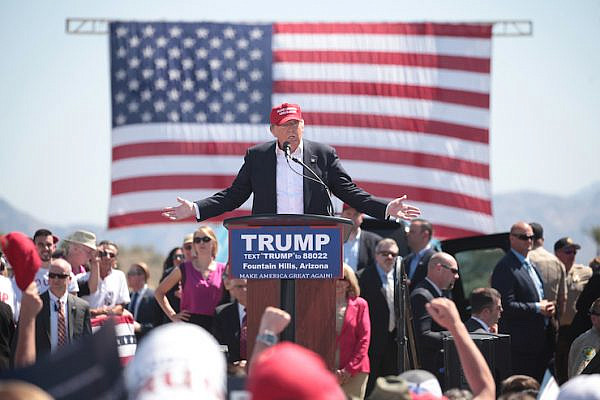