After he began researching Shin Bet interrogations of Palestinians, Noam R. is questioned about his political activism and warned that he ‘might lose his job.’ 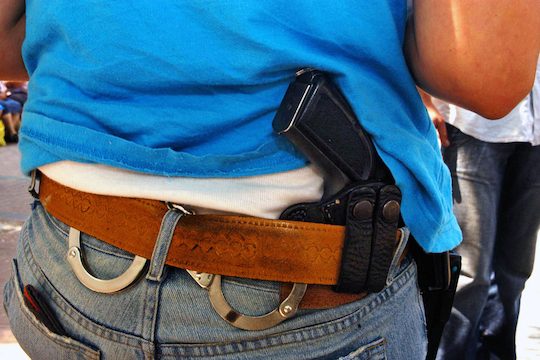 Israeli blogger Noam R. was summoned on Monday to a “warning meeting” by the Israel Security Agency (the Shin Bet). Noam was questioned on research he is conducting, and was warned about various aspects of his work.

According to Noam’s account, three people were present in the meeting, which took place in a local police station: a male interrogator calling himself “Zaki,” a women presenting herself as “Rona,” and a local policeman. The questions focused on Noam’s investigations regarding different aspects of the Shin Bet’s work. (Noam has written recently on torture, administrative detention and Shin Bet interrogations). “Zaki” warned Noam about a specific aspect of his investigations, and added that he “might lose his job.”

“Rona” asked Noam what was the aim of his investigation, and what he intends to do with his research. She protested when Noam claimed that Shin Bet people are involved in the torture of Palestinians. From there on out, the conversation turned into “an ideological debate,” as Noam put. He was asked why he attends protests in the West Bank and for the names of other political activists. When he refused to answer, “Rona” and “Zaki” dropped that line of questioning.

“The entire conversation left me with a very uncomfortable feeling. It is too early to analyze it, but the fact that a person is summoned to a police station without informing him why, and there he is reprimanded for his activism and interrogated about his ideology and on his ties to others – this is wrong.”

Noam’s blog, Godwin was Right, was launched in 2009. It deals with affairs that don’t receive enough media attention, with the occupation, with arrests under gag orders, violence in interrogations, undemocratic legislation and other aspects of the Palestinian issue. One of his latest posts dealt with the interrogations of Palestinian minors by the Shin Bet. The name of the blog is a reference to Godwin’s Law.

In mid April, Noam reported on the secret arrest of Palestinian journalist Majd Kayyal. Many people already knew about the arrest, but a gag order forbidding the press from reporting on it hadn’t yet been lifted. However, Noam’s meeting with the Shin Bet didn’t touch on his violation of the gag order.

In the past few years, activists in Anarchists Against the Wall were also summoned to such warning meetings with ‘Rona’ from the Shin Bet. A couple of activists – Kobi Snitz and Assaf Kintzer, declined the “invitation” and told ‘Rona’ that they would will only come if a warrant was issued.

According to accounts by Yonathan Shapira and N., who did accept the invitation, their interrogation was also political, including both warnings regarding illegal activities and “unpleasant” ones. In his account, Shapira wrote:

‘Rona’ brought up the story of the Warsaw graffiti [Shapira sprayed a graffiti against the Gaza blockade on the site where the Warsaw Ghetto stood]. She wanted to know whether it was my own initiative or something to do with the BDS, and if I understood that I crossed a line and hurt the feeling of many people…”

Related:
‘Hi, this is Rona from the Shin Bet’
Israeli BDS activist’s account of “a friendly talk” with the Shin Beit
Two more activists invited for “friendly chat” by Shin Bet