Changing stories, contradictory testimonies and video evidence were not enough to convince Israel’s military prosecutor that an IDF officer should be prosecuted for shooting and killing an unarmed Palestinian teen.

In July 2015 an Israeli army officer, Col. Yisrael Shomer, shot dead Mohammad al-Kasbeh, a 17-year-old Palestinian, near Qalandiya crossing in the West Bank. Shomer lied repeatedly as he was investigated over the incident, but the chief military prosecutor nonetheless decided not to press charges, and closed the file. 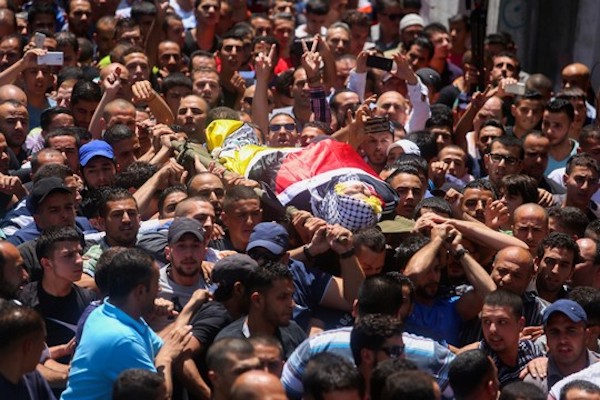 Mourners carry the body of Palestinian youth Mohammed al-Kasbeh, 17, during his funeral in Qalandiya refugee camp, near the West Bank city of Ramallah July 3, 2015. (Flash90)

Shomer, who was a brigade commander at the time of the incident, shot Kasbeh after the teen had thrown a rock at his Jeep. Shomer initially claimed that his life had been in danger, but his investigation file — examined here — shows that he changed his story several times.

The testimony of the soldier who had been with Shomer when the incident occurred also contradicted the colonel’s claims that: a) he was in danger, b) he had seen an object in Kasbeh’s hand, and c) that he had followed the IDF’s arrest procedure.

According to the investigation, the Military Advocate General (MAG) accepted Shomer’s version of events because the incident involved a “professional error” — i.e. that Shomer had fired inaccurately, hitting Kasbeh in the back instead of the legs.

But the closing of the investigation does not resolve Shomer’s shifting testimonies, nor the decision not to prosecute, and leaves numerous questions about how an unarmed teenager was shot from behind and killed. Some of those open questions are explored below.

Why did the MAG ignore the other soldier’s testimony?

An often-heard claim in incidents such as this is that “things move very quickly” on the ground. The same refrain was heard during the trial of Elor Azaria. Snap decisions need to be made, and soldiers don’t have the privilege of weighing things up “from the comfort of their sofa.”

But in the case of Shomer, the MAG had the testimony of the other soldier, D., to go on. D. had been next to Shomer throughout the entire incident, and chose to conduct himself completely differently from his commander. 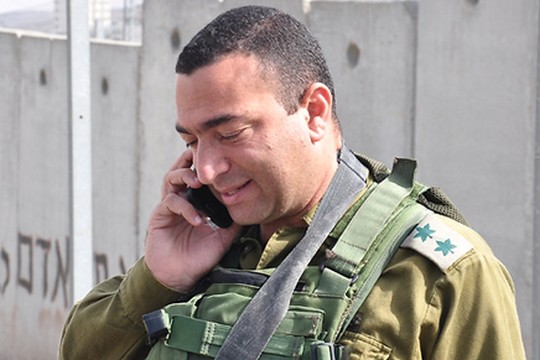 D.’s testimony, part of which is backed up by video footage of the incident, contradicts certain details in Shomer’s account. Yet the MAG elected not to address these inconsistencies. Thus, for example, the MAG accepted Shomer’s claim that he had initially tried to arrest Kasbeh, despite D.’s assertion that no such procedure had been carried out — a version confirmed by the video footage.

How many ‘professional errors’ can one commander make?

Questions are also raised by the MAG’s decision that Shomer’s lethal shooting of Kasbeh was the result of a professional error: This ‘error’ was made at least twice in a row; the commander was the head of a regional brigade who is likely to be well aware of what procedures to follow; and even if the shooting was a mistake, it easily falls under the definition of criminal negligence. Shomer didn’t fire warning shots into the air and he didn’t aim through the crosshairs, missing once and then immediately repeating the error.

How can an investigation be carried out after all those involved in the incident have already been debriefed?

The investigation file shows that Shomer and the three soldiers who were with him in the jeep told similar stories during their initial interrogation. They all claimed that they had been ambushed, that a group of at least three Palestinian youths attacked them with rocks, and that their lives were in danger.

This consolidated version of events collapsed after video footage from the scene came to light. How is it that these four soldiers, who sat through the same confidential debrief, all told the exact same story — which, it transpired, was incorrect? This is one of the reasons that Israeli rights NGO B’Tselem announced that it would no longer cooperate with military investigations, because such debriefs present an opportunity for soldiers to coordinate their testimonies.

Why did Shomer let Kasbeh to bleed to death after shooting him?

Initially, Shomer claimed that he left the scene so as “not to cause any further harm to either side.” Later, he claimed that he didn’t know where he’d shot Kasbeh. But the other soldiers’ testimonies completely contradicted this assertion, as did the testimony of a senior IDF officer who met with Shomer after the shooting. Shomer, the senior officer said, told him: “I hit someone in the head.”

Shomer shot a teenager, let him bleed to death, and then recounted a completely different version of events. IDF policy sets out that medical care must be extended to anyone who is wounded — so is this really how a senior army officer is expected to behave?

Why did Shomer go back on his agreement to undergo a polygraph test?

In his initial interrogation, Shomer signed an agreement that he would undergo a polygraph test, according to the investigation file. Later, however, when his original story started to crumble, Shomer went back on his agreement. While he was within his rights to do so, one may ask why a senior IDF officer chose to behave in such a manner.

How do you deal with the deaths of three children?

Mohammad Kasbeh was the third child in his family to be killed by IDF fire. His brother, Yaser, was killed by a gunshot to the head in December 2011, when he was 11-years-old. It was claimed that he had been throwing stones near Qalandiya checkpoint. One month and 10 days later, Samer, another brother, was also shot in the head and killed. He was 14, and was also said to have been throwing stones. Three brothers, three bullets to the head.

Last month, the Association for Civil Rights in Israel (ACRI) filed a petition in the High Court of Justice demanding that the state put Shomer on trial for homicide, or at the very least negligent manslaughter.

*John Brown is the pseudonym of an Israeli academic and blogger. Noam Rotem is an Israeli activist and high-tech executive. This article was first published in Hebrew on Local Call. Read it here.