The Supreme Court recently ordered that the rule of law be enforced when it comes to Tel Aviv shuttering businesses on the Sabbath. But the court is inconsistent with its own demands, only ordering that ‘the law is the law’ when it’s convenient. 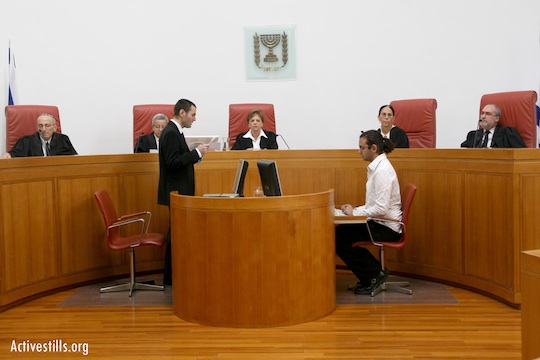 These are confusing times. Our friends don’t know what to think, and opinions on Facebook are mixed. We are here to analyze things honestly and, as always, though the most important prism – the prism of migration.

People got riled up on Facebook. Some of our friends were upset, as they oppose a ban on working or opening businesses on the Sabbath. Others were pleased with the ruling, although they oppose the forced closure of businesses on the Sabbath. At last, the latter believe, the Tel Aviv-Jaffa Municipality will no longer be able to play the game in which it tries to please everyone by leaving the problematic regulation in the law book, yet does not enforce it. At present the municipality imposes fines on businesses that are open on the Sabbath, while it conveys that buying the right to violate the law is an option. In so doing, the municipality discriminates against small businesses that cannot and do not want to be open on the Sabbath in order to compete with the large chains; the small businesses can’t pay the fines if they were to stay open, while the big super market chains – AM:PM and Tiv Taam – can easily pay the fines. According to those pleased with the ruling, Mayor Ron Huldai will have to face his moment of truth: enforce the rule of law and clarify that the law is a serious thing that should be respected, and not just when it is convenient.

And now to our order of business. There are more than 50,000 asylum seekers in Israel; their employment is prohibited, but this ban is not enforced. This arrangement was conceived by the Interior Ministry, approved by the Justice Ministry, and sanctioned by the High Court of Justice. The State of Israel recognizes that it cannot, practically or legally, deport 90 percent of the asylum seekers in the country, as they are Sudanese and Eritrean nationals. The state also knows that it cannot prevent a population of 50,000 people, whom it is not deporting, from working, because that would result in a major problem. The state wants them to work, but doesn’t want to issue work permits, and so it came up with an original trick – they aren’t given work permits, but the state committed to the Supreme Court that employers who break the law and employ asylum seekers won’t be fined and will not stand trial.

One could expect the Supreme Court to oppose this. If asylum seekers can’t be employed, there is no way that an arrangement – under which tens of thousands of Israeli employers break the law – can be in place for years, with no enforcement measures taken against those transgressors. Rule of law, remember? If the Supreme Court was consistently loyal to the rule of law, it could have presented the state with a choice: enforce the ban on employing asylum seekers or issue them work permits, akin to the choice given recently to the Tel Aviv-Jaffa Municipality – enforce the ban on businesses opening on the Sabbath or lift the prohibition against businesses being open.

But the Supreme Court ruled that the prohibition on employing asylum seekers, along with the lack of enforcement of the ban, constitute a “reasonable arrangement.” Two and a half years ago the court determined that not enforcing the law is a “proper balance,” and according to Judge Edna Arbel, “The position of the state, detailed above, according to which work permits should not be granted, along with its statement that no measures will be taken at this point against employers, constitutes the proper balance, considering the harsh and sensitive reality that exists.”

This is true primarily when referring to asylum seekers. This statement is inconsistent with last week’s ruling regarding the closure of business on the Sabbath. Adding to the ruling on opening businesses in Tel Aviv on the Sabbath, Rubinstein wrote: “for the municipality, a public institution of the highest order that is supposed to serve all residents in accordance with the law, this is an “Israbluff” solution. How does the municipality feel about the significance of an offense with endless recidivism? Must the enforcing authority settle for imposing a fine, checking it off, and continuing on, or must it find another way?”

The same words could be uttered regarding the warped arrangement for not enforcing the ban on employment of asylum seekers. But in that case, disregard for the rule of law and throwing asylum seekers into a legal limbo constitutes a “proper balance.”

How can we complain, you might ask us. Do we prefer that the prohibition of employing asylum seekers be enforced? We prefer legal clarity, which would compel the Interior Ministry to grant work permits if it does not enforce the ban on employing asylum seekers. Make no mistake – the last thing the Interior Ministry or government wants is actual enforcement of the ban on employing asylum seekers. In addition to economic interests, enforcing the law would create a humanitarian crisis with thousands of starving people across the country. If you think the residents of southern Tel Aviv are having a hard time now, just wait and see what happens when asylum seekers aren’t able to work at all, wander around and are very hungry. The government knows that it cannot allow this to happen, and if it was faced with the choice of enforcing the ban on asylum seekers’ employment or granting them work permits, work permits would be granted as early as tomorrow.

But as long as the court approves the “non-enforcement” policy, the government prefers to abide by it. That way people can live in need, on the fringes of the law. They will constantly be criminals, but won’t be punished. They will barely be able to support themselves and will always work in temporary positions, in unstable environments and usually for salaries lower – and sometimes much lower – than the minimum wage. That way, in light of the “non-enforcement” policy, the state is creating a population that is always on the edge; part of the population can’t handle the pressure and is pushed over the edge, making their lives, and the lives of those around them, unbearably difficult.