A week after setting himself on fire in front of the government office in Tel Aviv, J14 activist Moshe Sliman died at Tel Ha-Shomer hospital 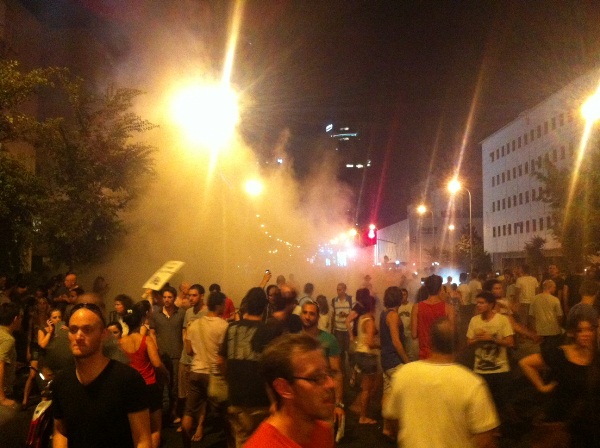 In the midst of a dark day, full of hard news coming from both Syria and Colorado, Moshe Silman passed away. Silman is the Israeli demostrator who set himself on fire at a protest a week ago. A longtime victim of various dysfunctional systems, from National Insurance to Amidar, the state-owned housing company, Silman chose to die in public, adding a flame to the year-old struggle for social justice. He died after six days of hospitalization, with 92 percent of his body covered in burns.

An event in solidarity with Silman, organized for tomorrow night, was quickly altered. The event was planned as a demonstration, to take place in front of Amidar’s offices. As soon as news of Silman’s passing spread, organizers declared that it would be a quiet vigil instead, and asked for participants to bring candles.

No one can blame them for this choice. One of the organizers, activist Liron Achdut, has been in police crosshairs since her arrest at a demonstration four weeks ago. Police blamed Achdut for reacting violently to her arrest, despite images clearly displaying the contrary. There’s evidence that Achdut was being followed after the incident. The police are still dying to prove her to be violent, and so she now must play the mild-mannered adult.

In truth, however, a peaceful march isn’t the most appropriate way to commemorate a man who burned himself in public. Silman’s legacy is the need for for change, and in this country, where the government offers zero attentiveness to the public’s pleas, change can only be achieved through active struggle. 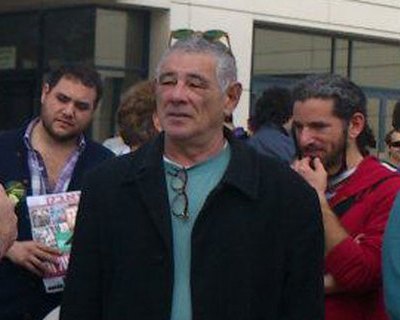 Moshe Sliman in a protest with the Haifa Front of J14 (photo: Haifa Front/החזית החיפאית)

Silman, once a small business owner, was trampled by the establishment due to a $4000 debt, to the point where he was one week away from becoming homeless. He refused to die at home, like hundreds of others who commit suicide annually due to economic hardship. (According to data published by Haaretz: 325 Israelis died under such circumstances in 9007, 404 in 2009.) Instead, he went out and did something grotesque, something horrible, that reminded all of us how intolerable things really are for over a million Israelis who battle with povery.

We are amply used to lighting memorial candles, and this Jewish tradition has long found its way into the Israeli political sphere.  Over fifteen years ago, we lit candles in memory of another man who sought change. Following the assassination of Yitzhak Rabin, Israeli youths blanketed an enormous Tel Avivian square with candles. The “candle children” as they were then known, preserved for a while the memory of a fallen fighter for peace, but thus far have failed to fulfill his vision.

Now another man dies, by fire. Should we take the wild flame that took him and spread it over a thousand harmless candles? It seems wiser to put it into our eyes and return both to the streets and to other settings of social and political activism, determined to achieve change. We must not let our anger melt with the wax. This anger is precious, it is the fuel of change. We are indebted to the late Mr. Silman, and must repay our debt by remembering that his passing was not, as Prime Minister Netanyahu put it “a great personal tragedy,” that it is a national tragedy, and that the Netanyahu’s government is in every way responsible for it. That governement does not deserve candles. It deserves wrath.